Kenyan Comedian Erick Omondi has confirmed that He is in the United States of America to organize so that He can meet American Singer Rihanna, in what He now says is His plans to engage Her more since She recently commented on His photo and videos that went Viral.

Erick through a post on Facebook says that He is very glad that Rihanna finally took a step to comment on His Videos, after He took a total of 14 years in crafting the Art so that He can attract Her attention.

He went ahead to inform that He left the Country last night and jetted to the USA and landed in Los Angeles, California and He will be opening a Whatsapp group that will be comprising of a Wedding Committee, His immediate family and close Friends who will participate in making the arrangements for their wedding.

He however added that He will go extra lengths to conveince the RnB Singer so that they can do their wedding in the United States of America, but relocate back to Kenya so that they can live in His newly acquired Mansion. Erick urged Kenyans not to surrender in looking for true love because they will find it. The talent however promised to keep Kenyans updated on the ongoing process and even after meeting Rihanna. 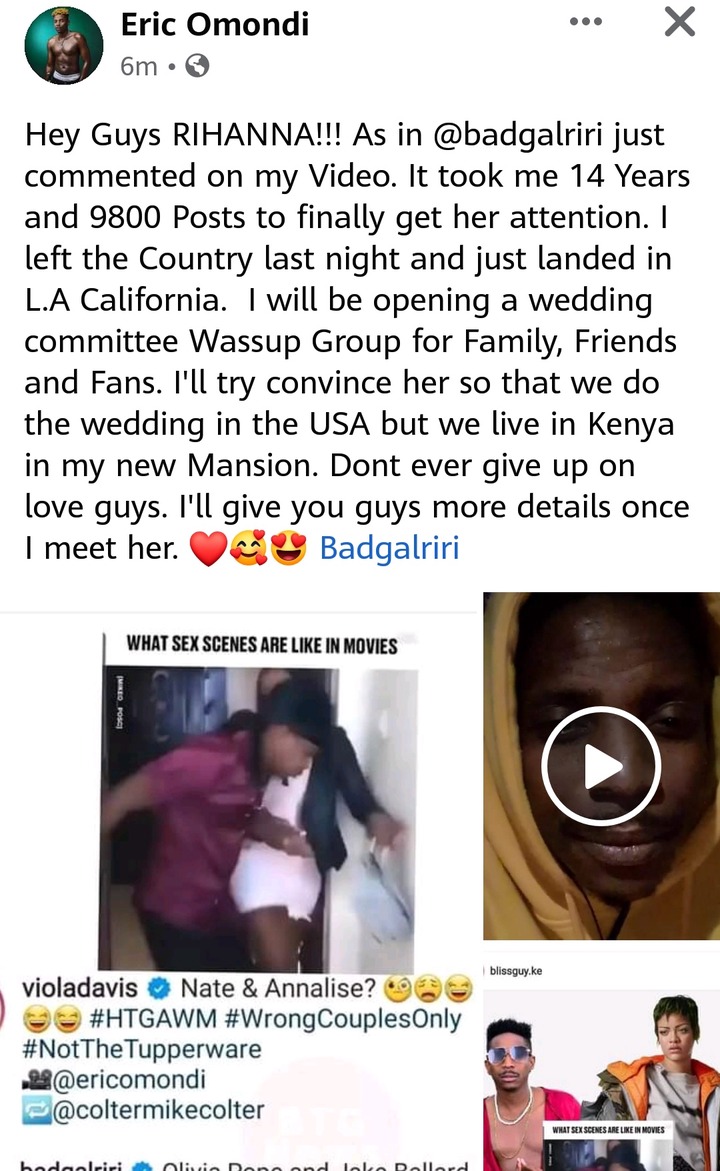 Three days ago, Omondi was the talk of the day after informing went Viral that Rihanna and snoop Dog were very pleased in His comedy skit that went Viral on social media to international levels and trending in the USA internet for two straight days.

Erick has been one of the top Comedians in Africa, something that has seen Him being invited on several platforms and Countries to perform and given a rarefied treatment because of His ability to create Humor and exploit His talent. Some of the nations that has invited Him includes Nigeria, Tanzania and Uganda.

Kenyans who flocked Erick Omondi's post advised Him to slow down on His drama since Rihanna has not officially announced that She is interested in Him or His stunts. Some even said that He is trying to go lengths that He cannot afford or manage to maintain in the Dating industry. 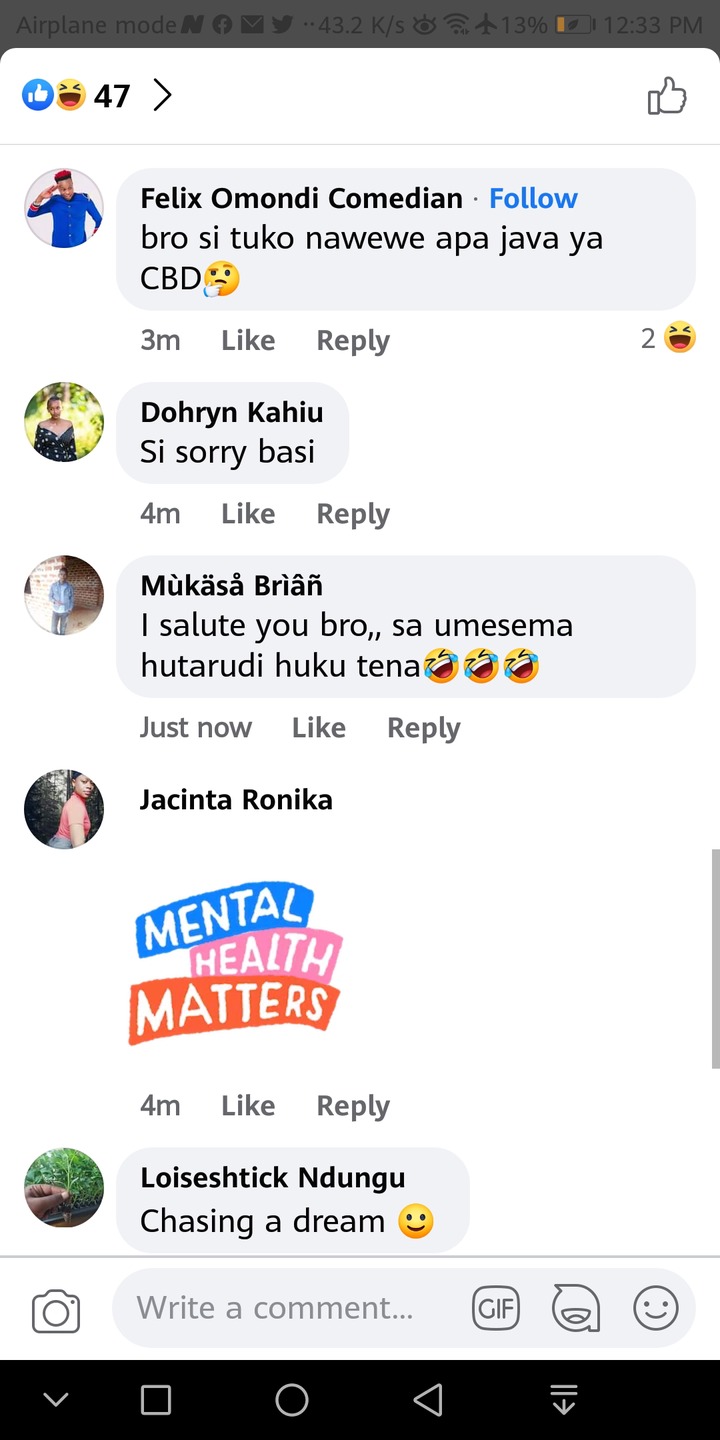 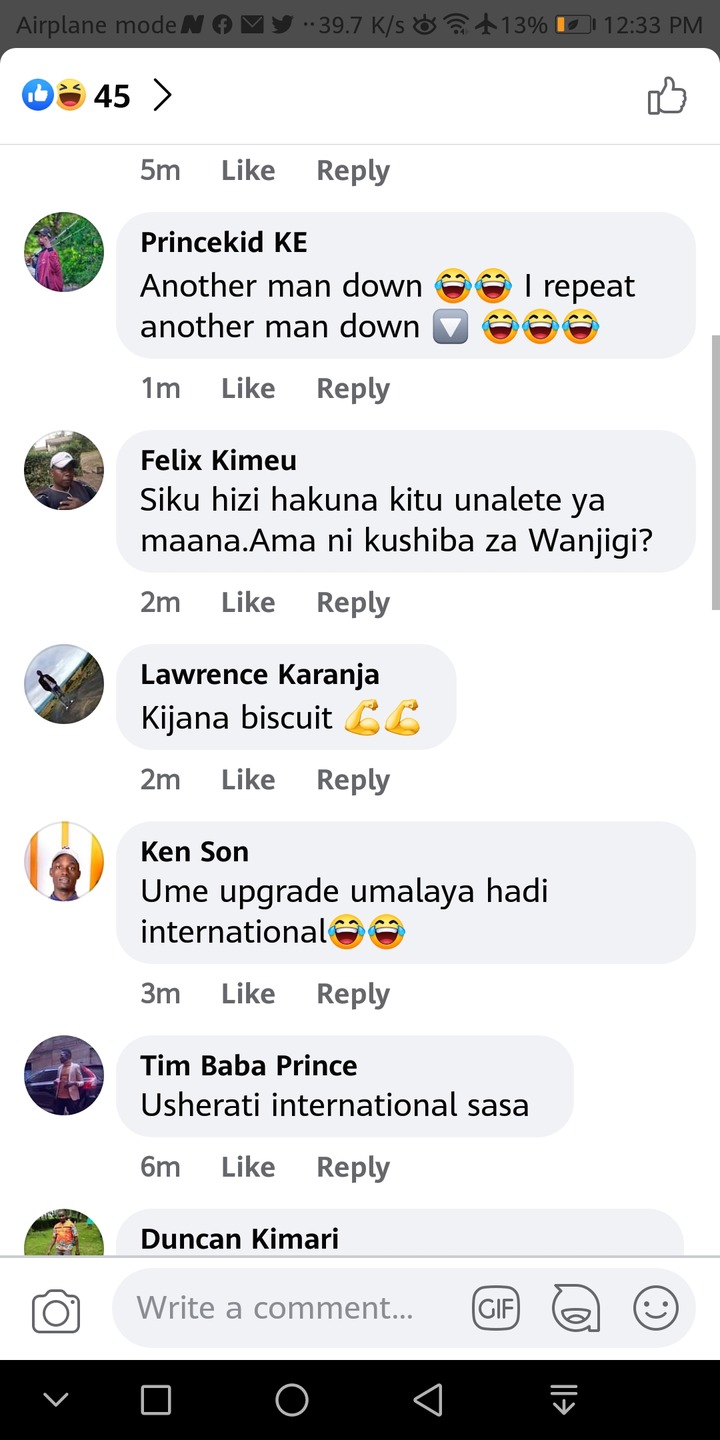