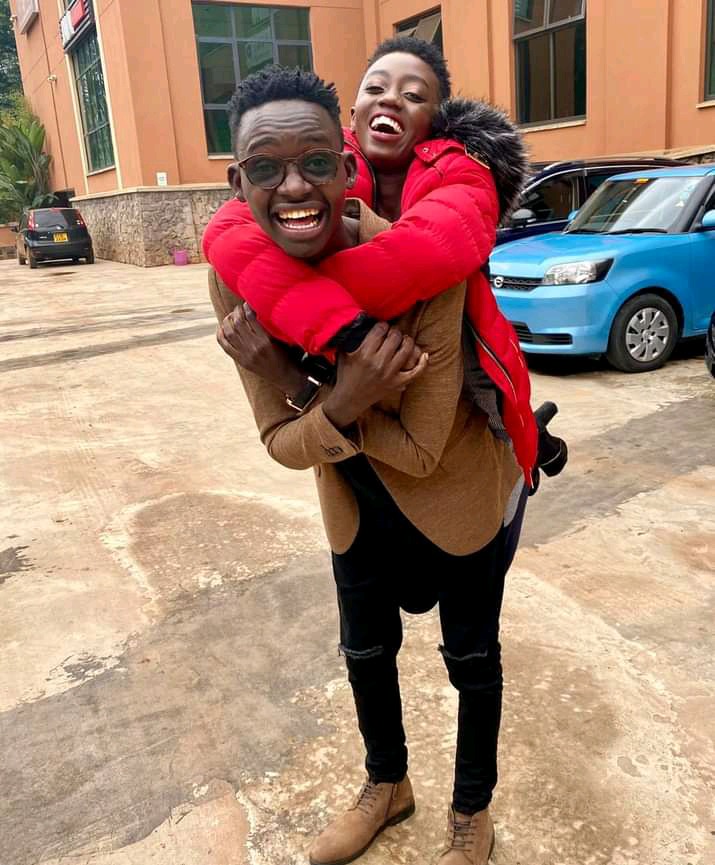 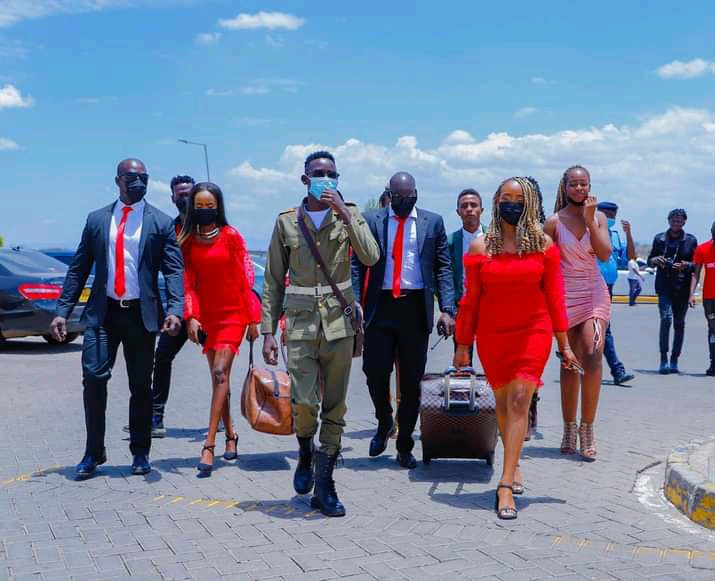 Tricky had just arrived from Sudan, whereby his team and him, were set to perform. 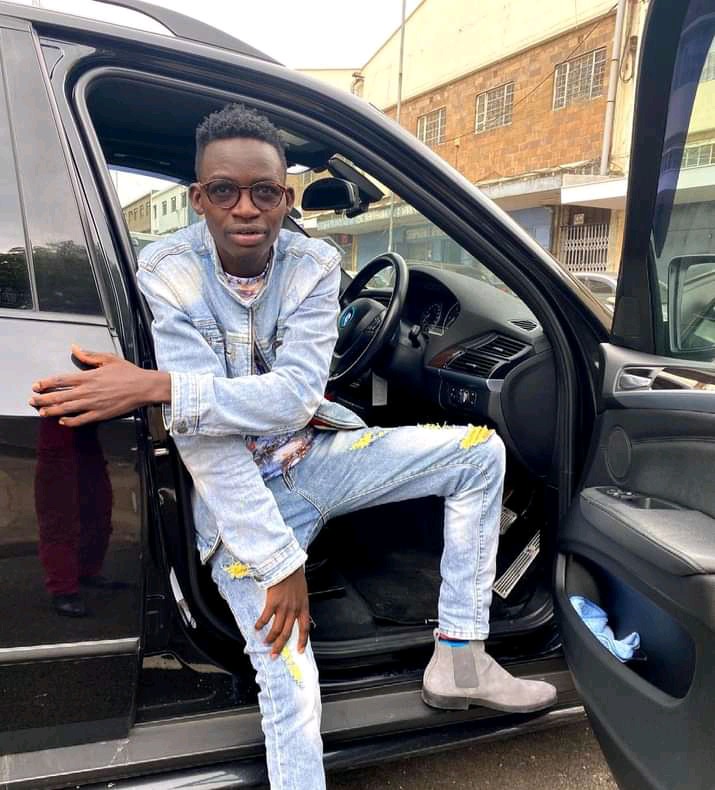 However, upon making his first Social Media post, fellow comedian Nicky Big Fish, was already on his case. 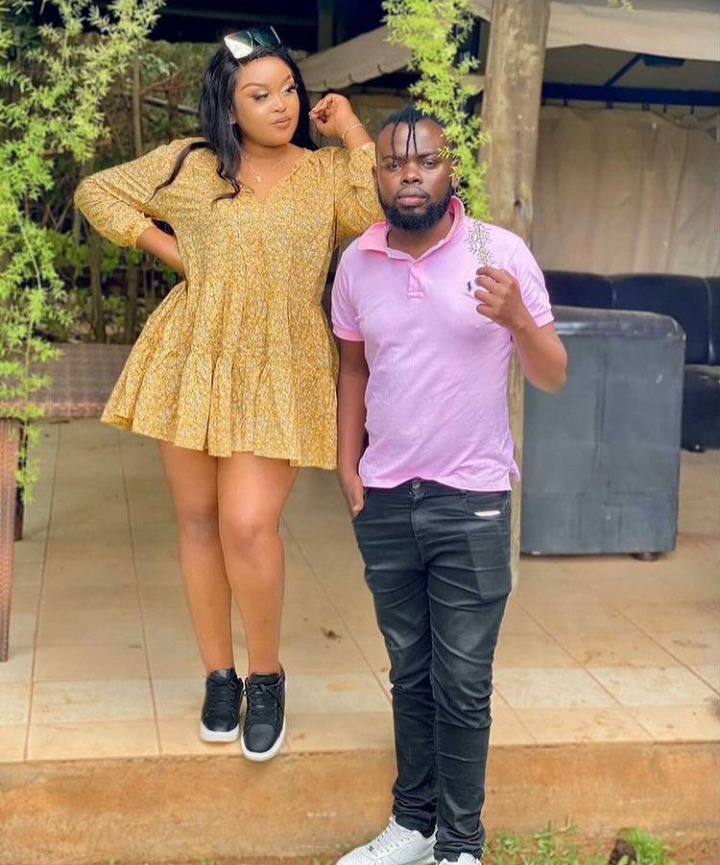 Big Fish and Tricky have differing ways of making Comic content. This is because whereas MCA Tricky is mostly a stand up comedian, Big Fish specializes in pranking people. 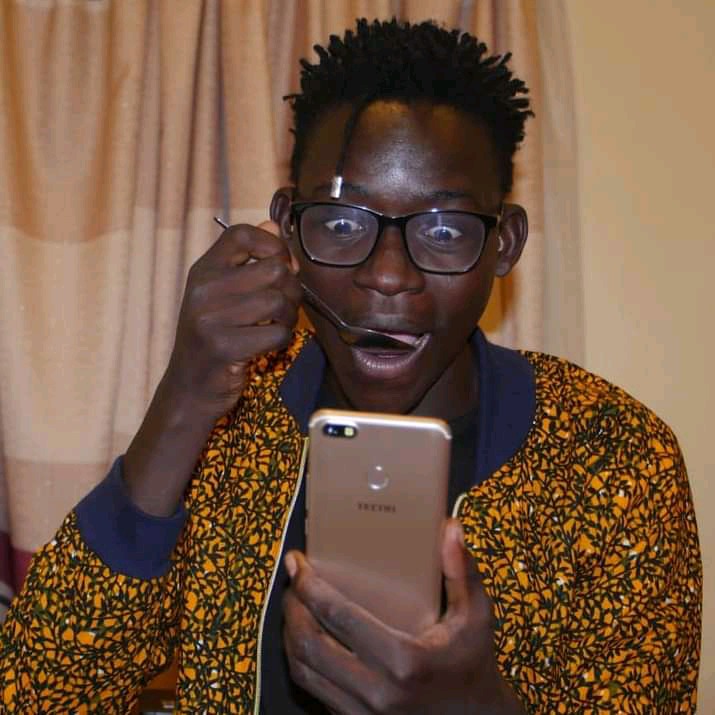 Big Fish, has formed a reputation for being one of Kenya's biggest prank masters. 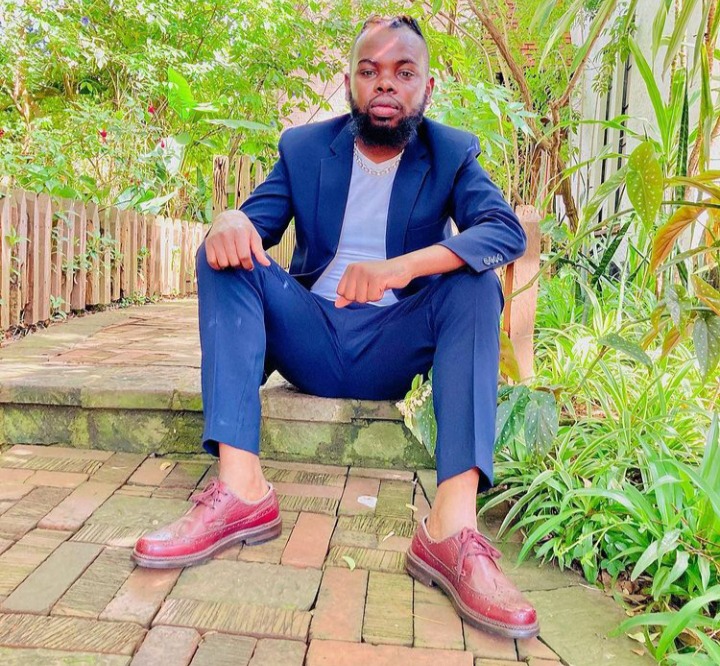 Hence, when giving his opinion about Tricky's Content, Nicky went straight to the point by informing the comedian that he hated his content. 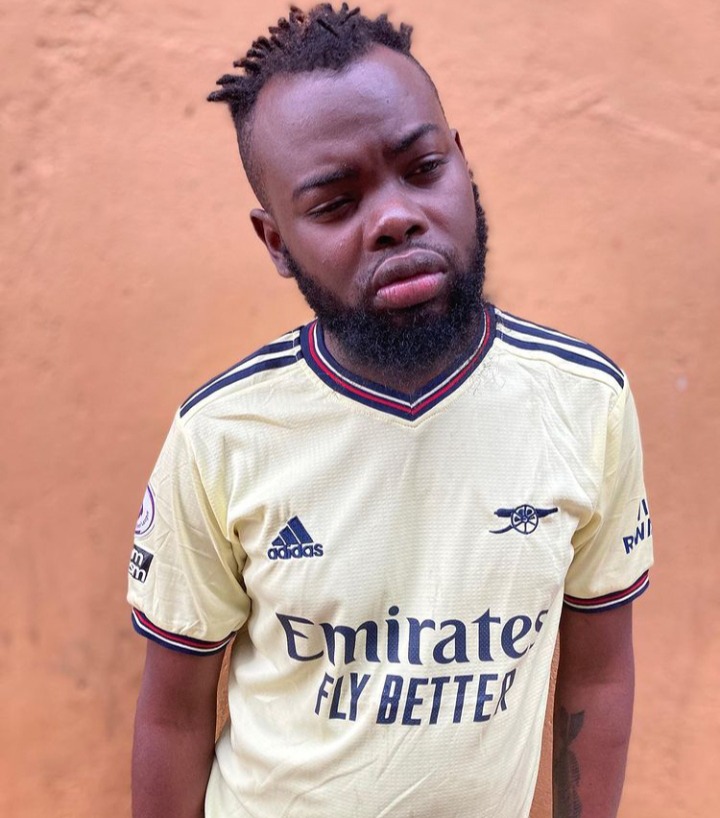 Nicky's comment was not followed by any emoji expression, emphasizing that he was serious about what he was saying. 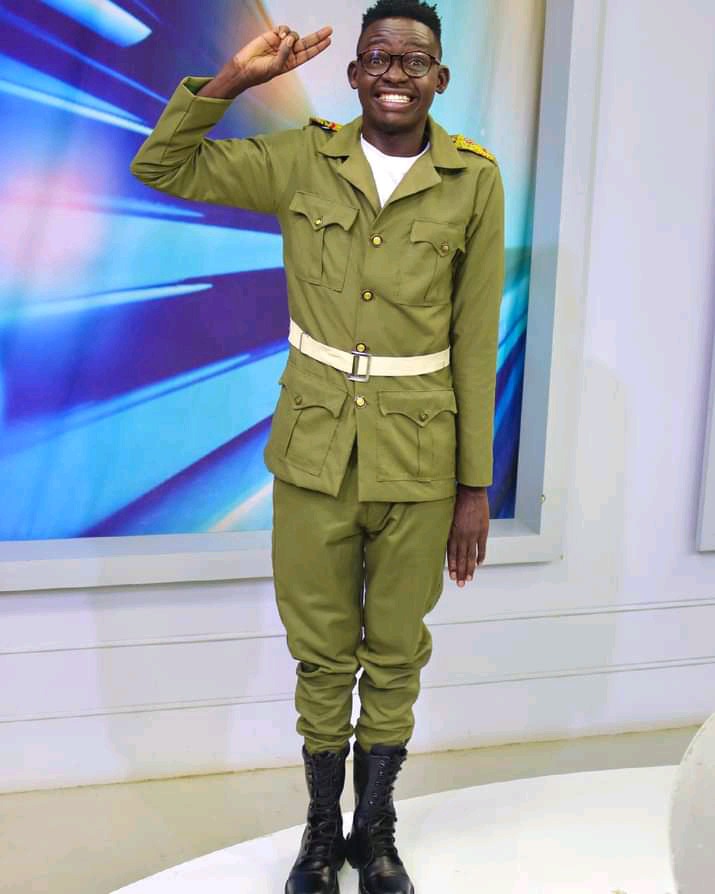 Tricky on the other hand, responded in a similar mature manner, as he claimed Big Fish was part of the problem in the Kenyan entertainment industry. 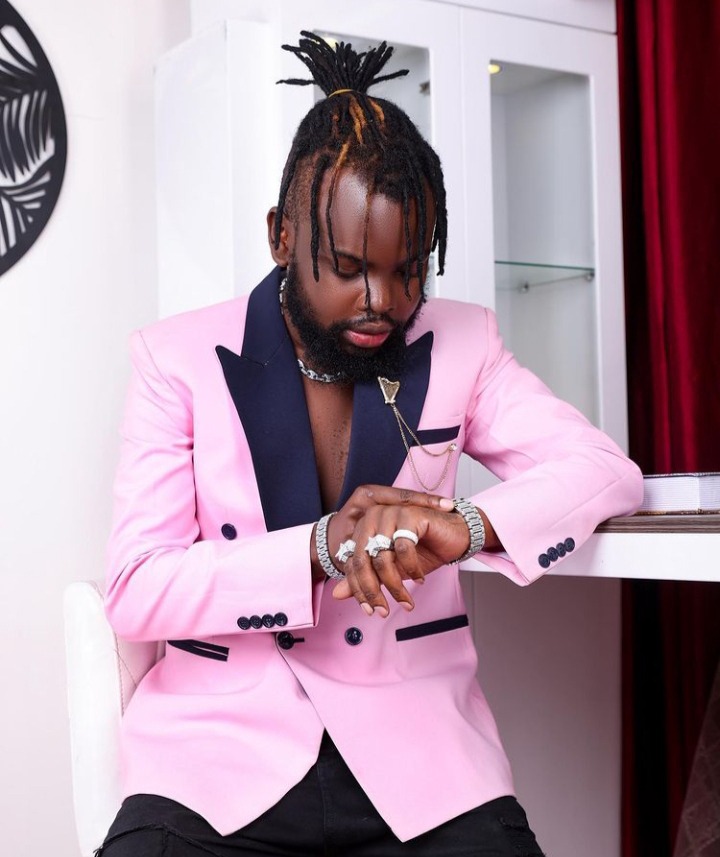 The comedian noted that Kenyan artists did not like supporting each others work, highlighting that, as the biggest problem in the entertainment industry. 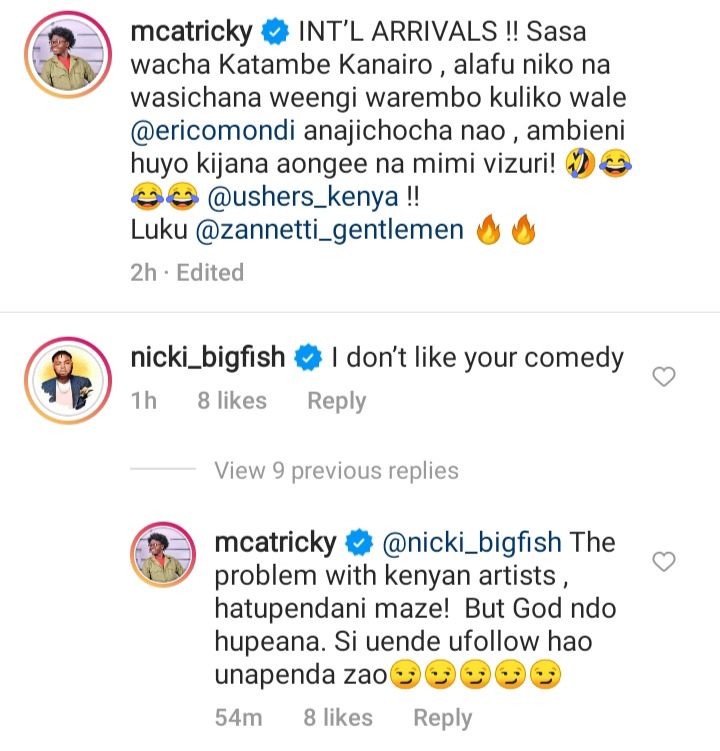