By amadijustus (self meida writer) | 21 days

Veteran comedian Eric Omondi has today set the internet ablaze after he posted a video while having a conversation with one of his Ugandan queens in his bedroom yesterday night. 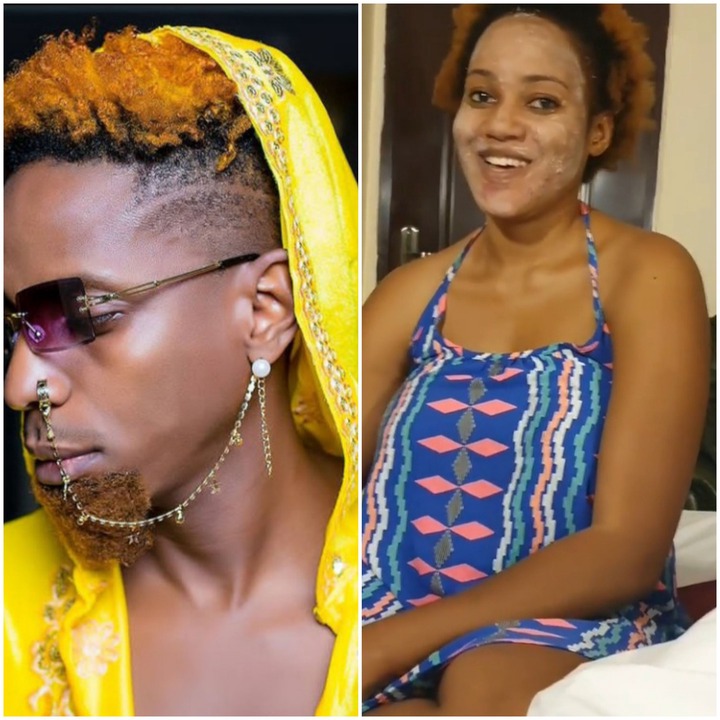 Eric Omondi's Wife Material show will officially commence on 24/5/2021. According to Eric Omondi, the show will take place in four counties; Nairobi, Mombasa, Kisumu and Busia.

On his Instagram page today, the comedian posted a stunning video while in his bedroom with a female contestant from Uganda. The beautiful lady's name is Princess Birungi from Uganda. 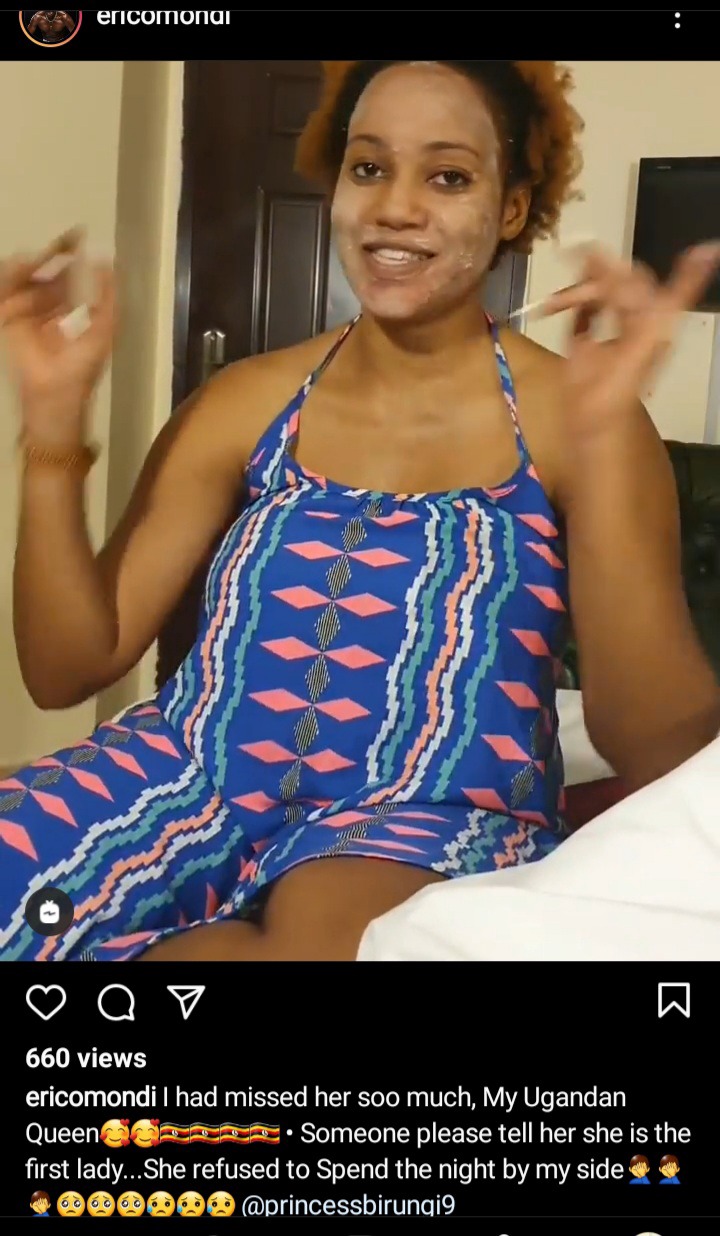 He captioned the video, "I had missed her so much, my Ugandan queen🥰🥰🇺🇬🇺🇬🇺🇬. Someone please tell her she is the first lady...She refused to spend the night by my side🤦‍♀️🤦‍♀️🤦‍♂️🥺🥺🥺😥😥."

Below is the link to the video; 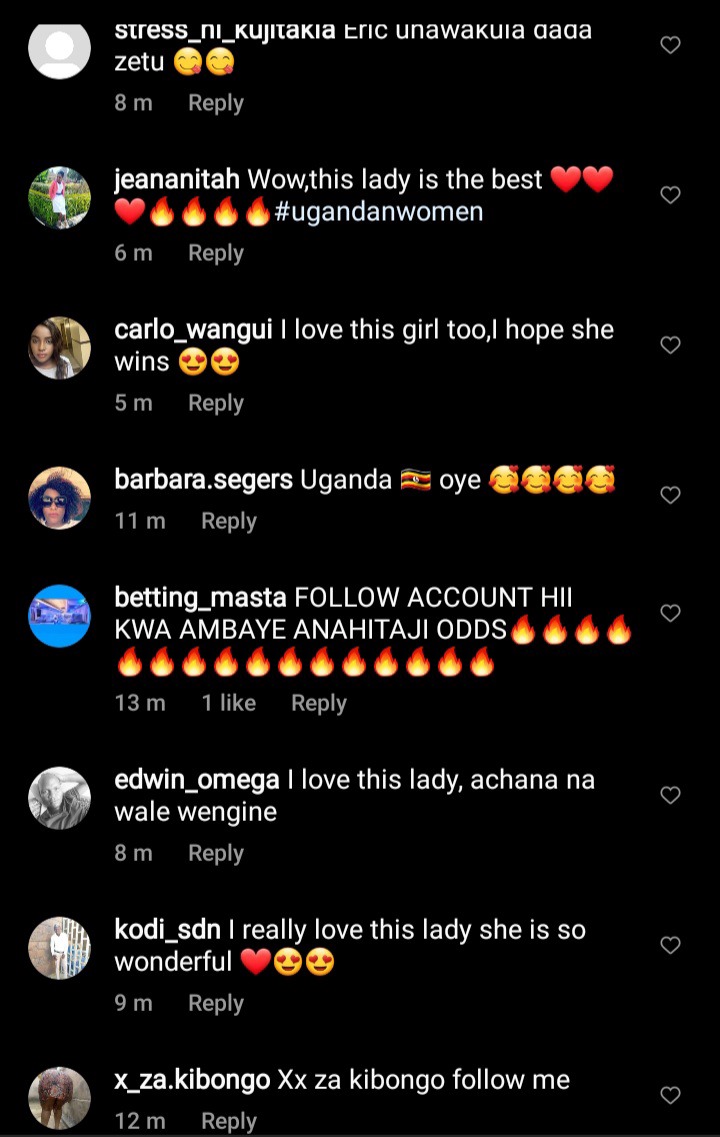 The video caused uproar online as netizens went wild with mixed reactions as they advised Eric Omondi to take Princess Birungi as his wife. 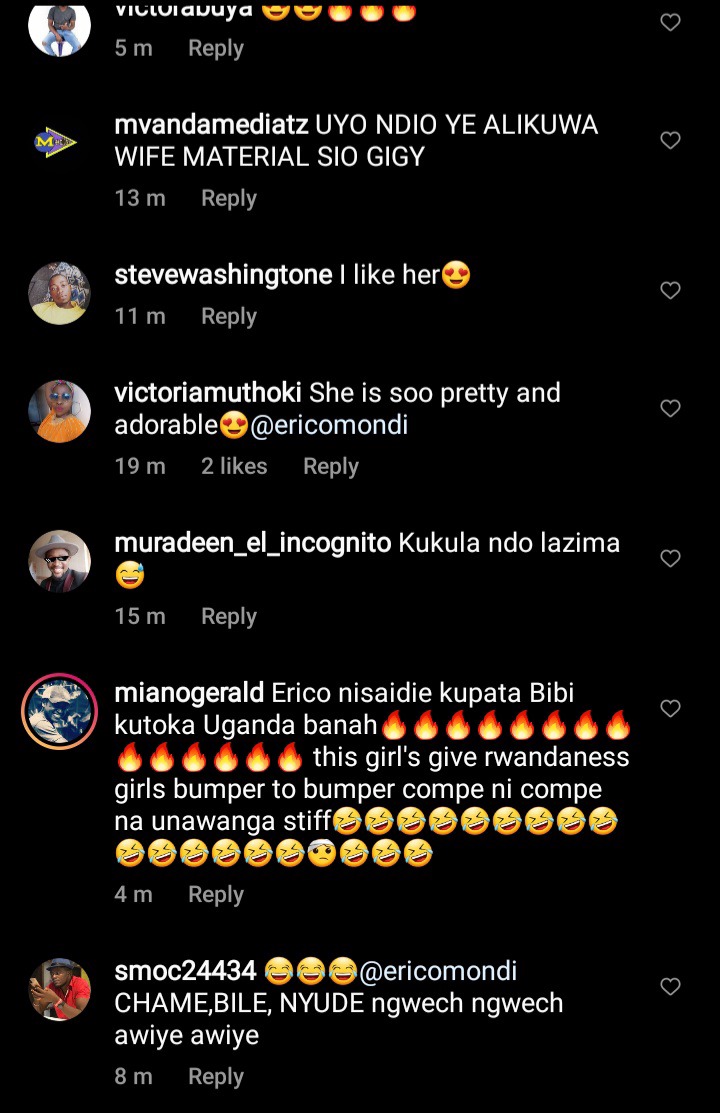 While some people referred to her as a beautiful and humble lady best for Eric Omondi, other people requested Eric Omondi to help them get a wife from Uganda. Below are some of the fans' comments: 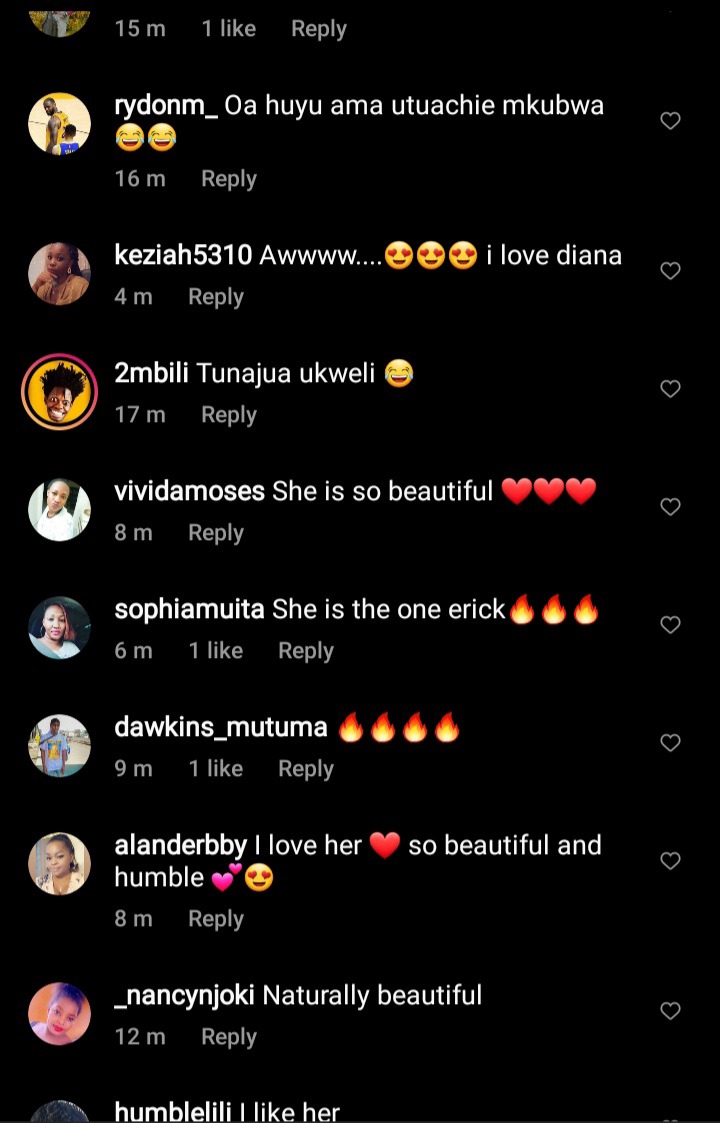 Victoria Muthoki, "She is so pretty and adorable😍."