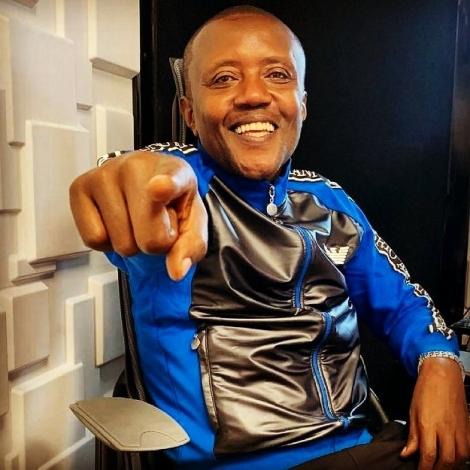 Radio personality, Maina Kageni, has announced plans to quit radio in 2022 while at the same time revealing his future plans. Kageni, made the announcement during his morning breakfast show on Classic 105 that 2022 will mark the end of his era on radio.

Maina made it clear that his plans after quitting the Radio Africa station is to start his business venture at United States intending to run a night club.

"Come next year, I am done. I will be retiring from this radio job. I plan on running a club in Miami," Kageni stated.

Mina revealed that he had already bought a house in the US which will be his starting point as he seeks to venture into his dream business.

"I will be living in my condor. I bought it some time back. I thought we talked about this?" Maina said.

Both Mina Kageni and Daniel Ndambuki also known as Churchill have populariszed the Classic 105 show famously known as Maina and King'ang'i in the morning.

“I have never thought of a political seat, never ever, I can’t even think about it. I am going to be an ambassador. I want to be a diplomat in a foreign nation save for Gabon. My plan will always be to be an ambassador,” he reiterated.

He was optimistic that President Kenyatta would deploy him to either Switzerland or the US as Kenya's ambassador.