By Shahhhh (self meida writer) | 14 days

The family of Caroline Aluoch, a middle-aged woman who is reported to have died mysteriously while working in Saudi Arabia has called upon the director of criminal investigations to look into their case.

While reacting to her mysterious death, the mother of Caroline Aluoch revealed that her daughter used to call her and tell her about everything she was going through while still living in Saudi Arabia.

However, she went ahead and added that her daughter’s phone calls and text messages went missing for sometime under unclear circumstances.

Sadly , they would later receive news about the death of the deceased who is reported to have committed suicide after her lifeless body was allegedly found in the bathroom. 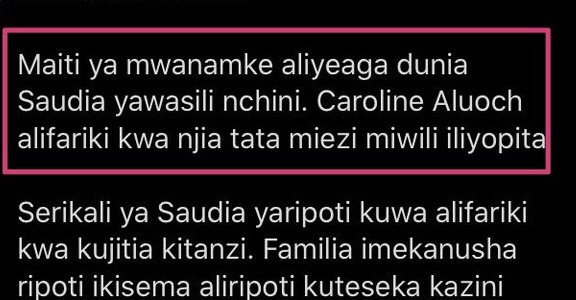 However, Caroline’s mother has called upon the director of criminal investigations to look into their case claiming that they were not satisfied with the suicide reports. According to the reports given by the mother of the deceased , she says her daughter might have been murdered. 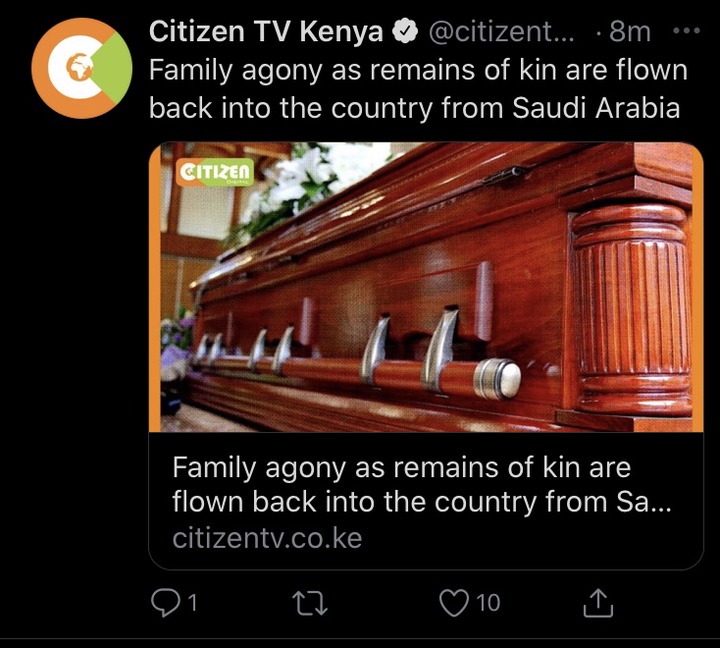