By GlobalTV (self media writer) | 10 months ago 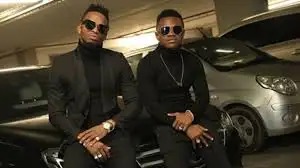 Earlier this morning, Mbosso released a list of songs on the album, which is his first. The songs are 12 and are known as; Mtaalam, Kiss Me, Baikoko who has included Diamon and Tulizana who sang with Njenje from Kilimanjaro band.

He added two more songs that he refers to as "Bonus Tracks" one called Limevuja and the other Kamseleleko which he shared with Baba Levo.

Mbosso, now 30, started singing in a band known as the "Yamoto Band" and when it disintegrated he returned to the village where he had no way to continue until 2014 when he was called by Diamond Platnumz to help him return to music.

Under WCB, Mbosso released his first song called "Watakubali" on January 28, 2018 and the next day he was officially recognized as the son of WCB. 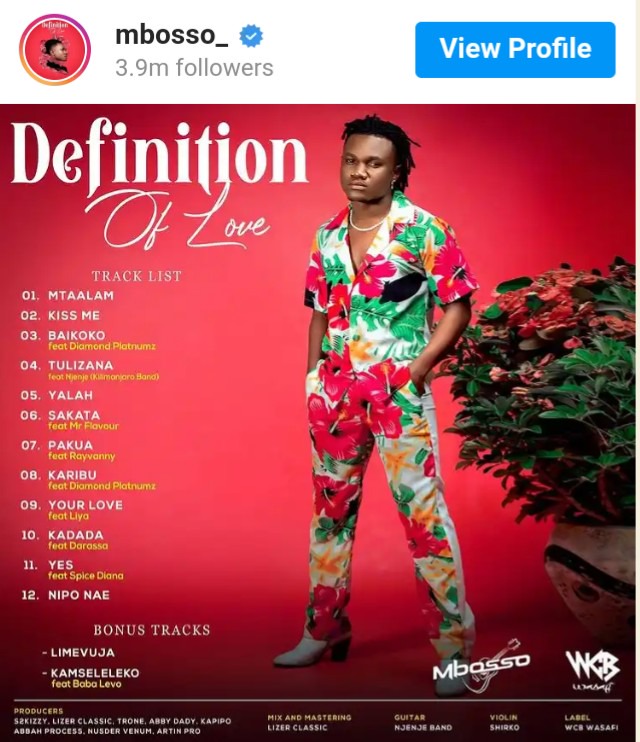 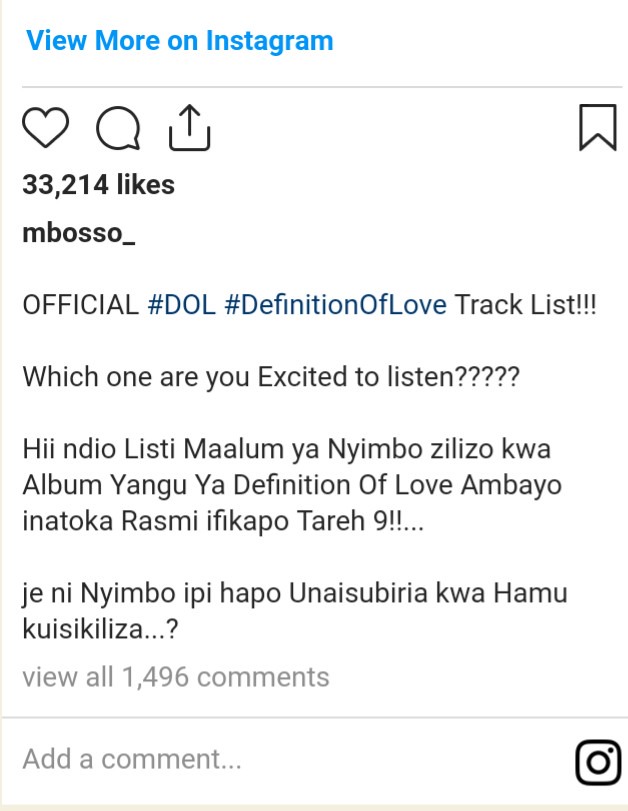