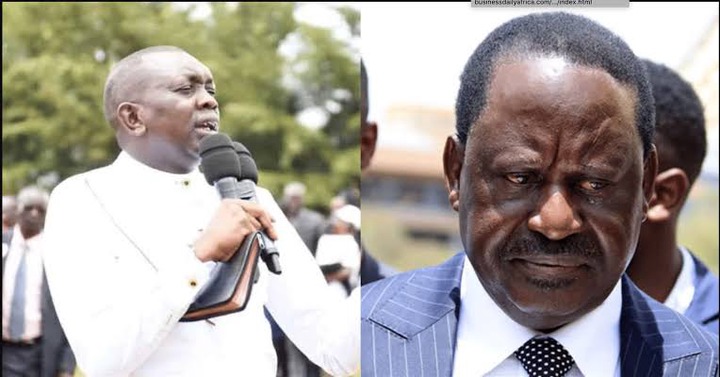 Oscar Sudi fired warnings at Alai and told him that he countineues to look for flour from Raila but he should at the same time advise people like Junet, Atwoli who give careless remarks. He claimed that UDA will not be threatened, fall into cheap propaganda and stupidity of those who are surrounding Baba thinking that they are helping him to get to power yet they are just spoiling for him. Sudi claimed that he mobilized crowd for Raila when he toured Eldoret. 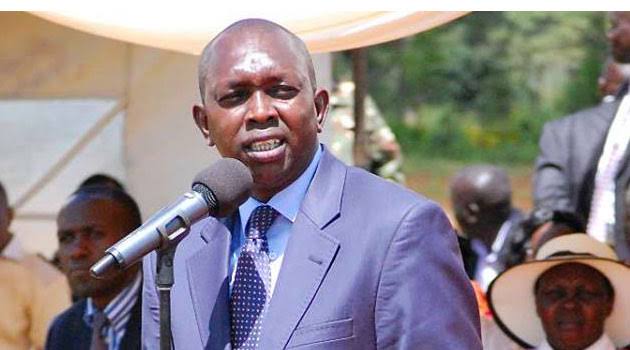 He claimed that he has been helping Raila on behalf of fools like Alai, Stephen Tarus, and Mr. Patrice Chepkwony. Sudi said that they have deceived Kenyans for many years just the same way their chairman Kipkorir Menjo did claims to help farmers and yet he owns nothing. He told Alai that he cannot miss out to be among the top three most stupid people in Kenya. He told him that he is not of his caliber and therefore he should learn how to respect him. Sudi claimed that he directly talks to Raila and advises him on certain issues and he listens. 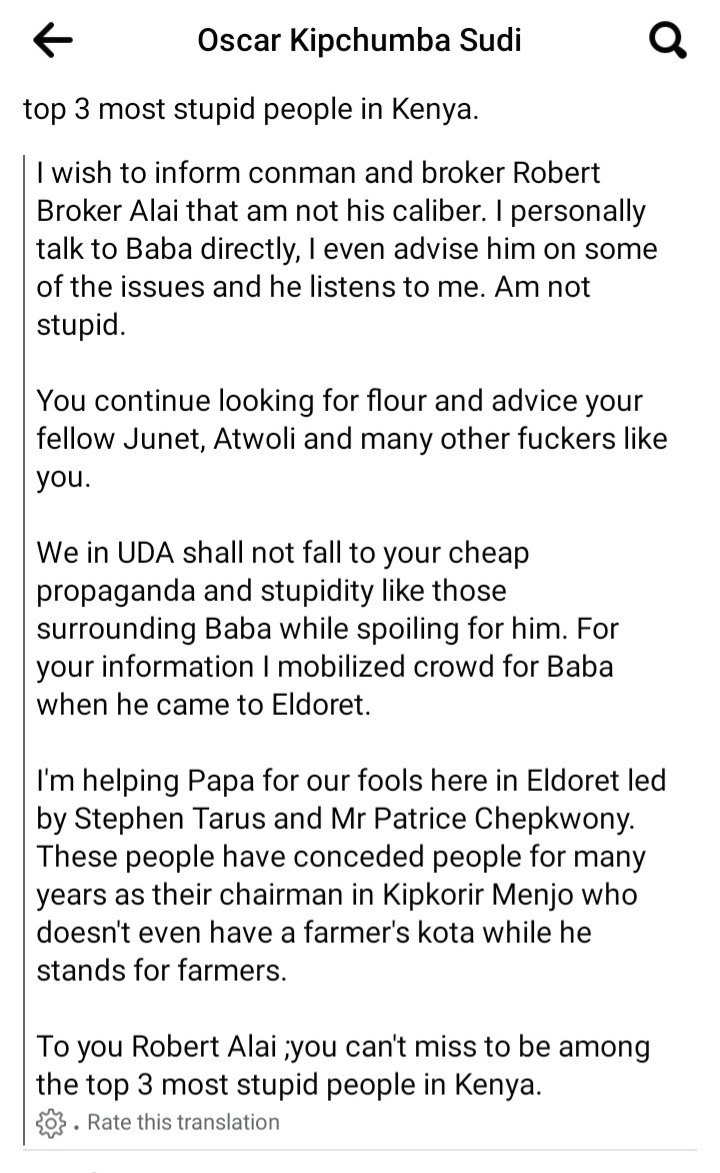 His remarks forced many Kenyans to react. Some told him that he should never get angry, it is not a must for Ruto to be the fifth president. This can only happen after Baba rules, others added. 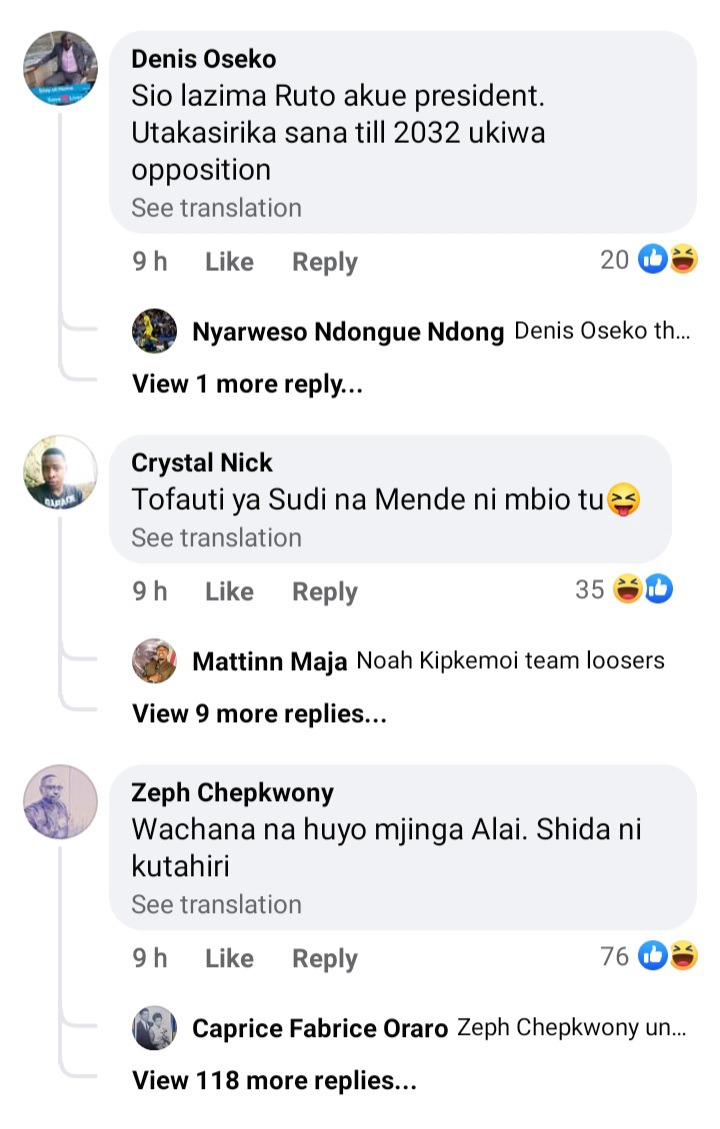 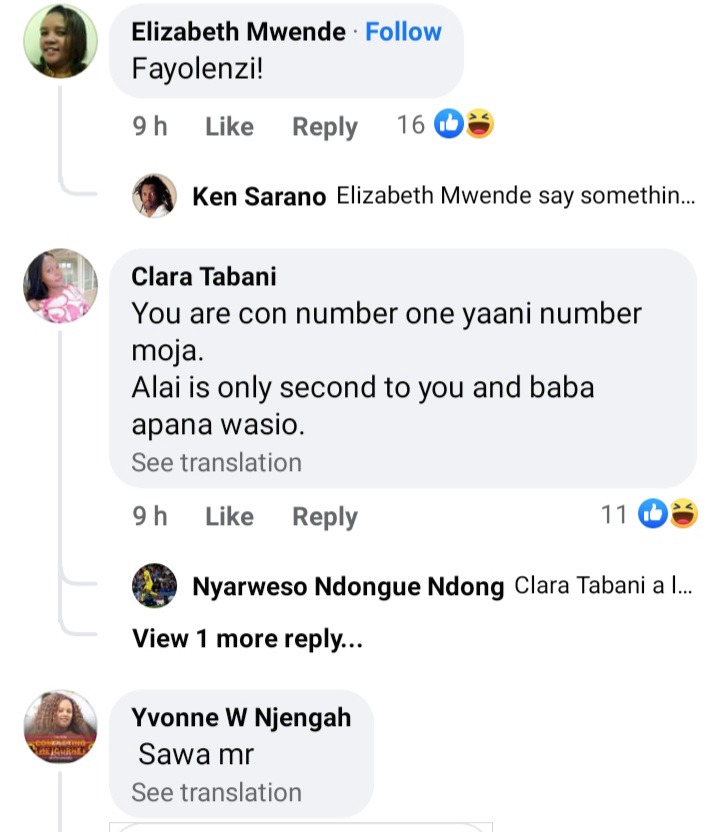 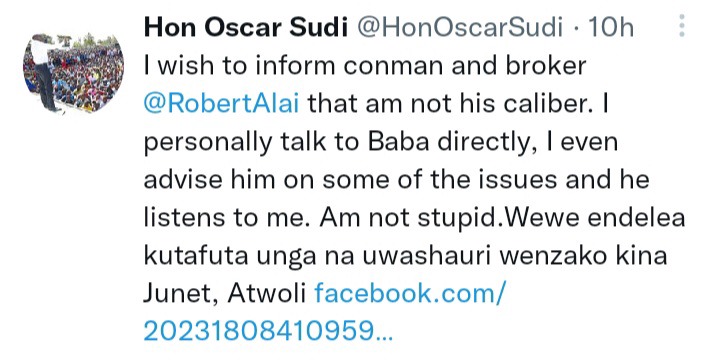 Detective Jane Mugoh Speaks For The First Time After Kidnapping, Reveals Why Kidnappers Spared Her

Just in; Good News To Kenyans Who Have Been Injured By Wild Animals As The Govt Reveals New Details

6 Essential Dresses Each Women Should Have In Her Wardrobe