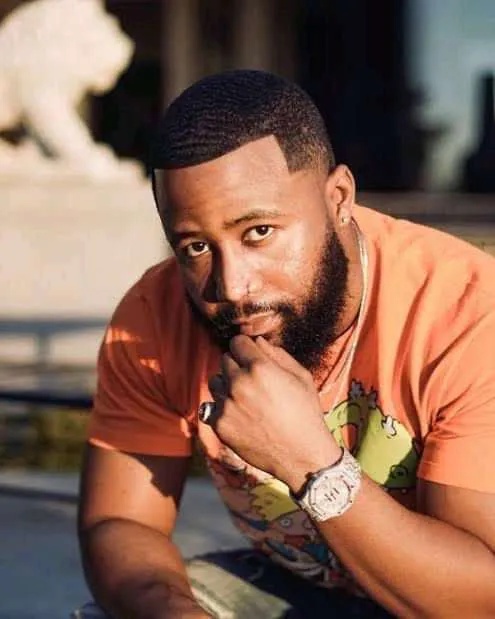 One of South Africa' s hottest Rapper, Casper Nyovest has boldly declared that he was the first Musician to make way for rappers to dive into Amapiano music.

However, the Rapper did not entirely claim possession of introducing the genre to the music scene but made it clear he paved the way for rappers to start doing it.

According to Casper, he was ridiculed for jumping on the now popular beat mode but everyone quickly forgot to mention his name in the discussion now that it becomes a worldwide trend. Casper wants to be recognized as one who championed the beat style and the angle he is coming from shows clearly that he is confident about his position on the said beat style.

Amapiano is a technique of house music that has its origin in South Africa dating back to 2012. Amapiano is also a combination of deep house, jazz, and lounge music defined by synths, airy pads, and wide percussive basslines as one can imagine. 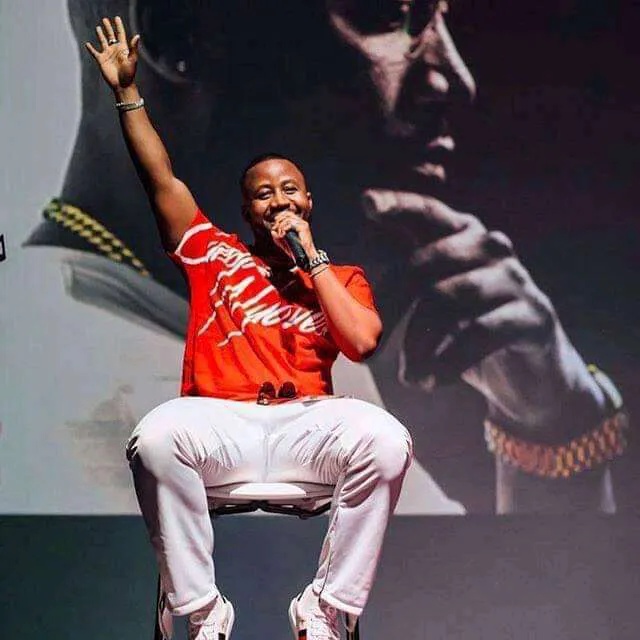 Today, it is one of the genres nearly all musicians and music lovers are spending very positive attention to. 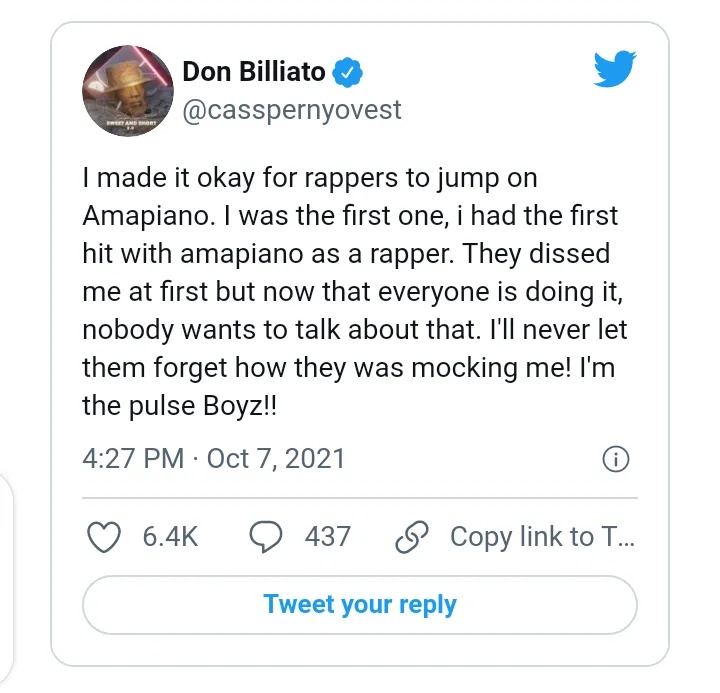 Below are some reactions from netizens;

Nah Khuli Chana paved the way with Buyile, he released on 16 April ' 21, siyathandana was released 30 June ' 21

What i have noticed about Bra Cassper is, He makes everything about himself. The minute he opens up his mouth or decides to type a tweet, it all about him 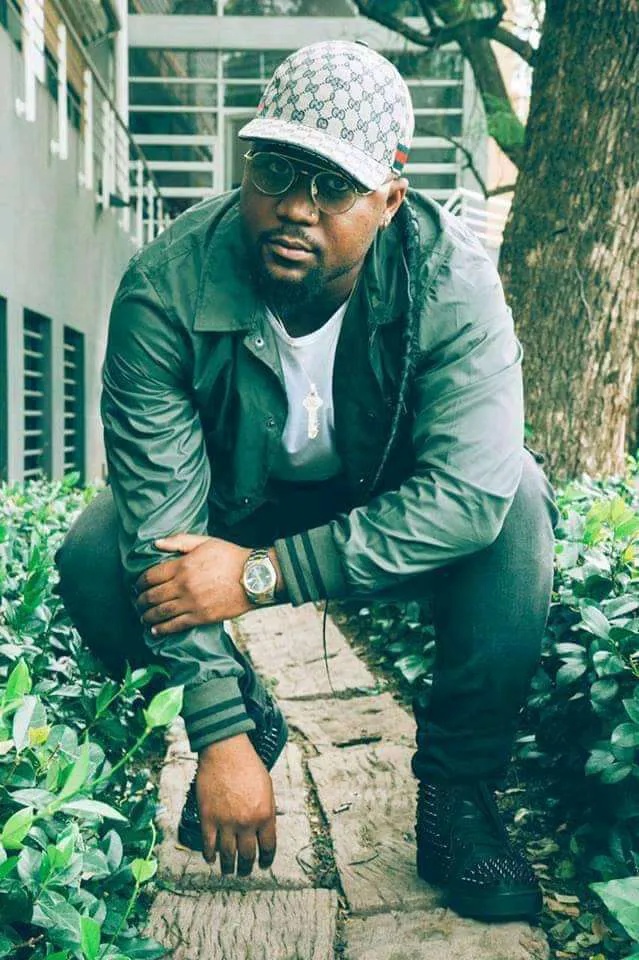 Nyovest garnered many endorsements contracts with numerous notable companies like vodka brand, Ciroc which is one of the biggest endorsement deals in his career so far. In 2015, Nyovest endorsed MTN and AG Mobile in inaugurating a smartphone named, AG Hashtag which was motivated and partially modeled by him. He also endorsed other brands comprising, Shoprite, Samsung South Africa, Coca- Cola, KFC South Africa among others.