I Might Not Work Until 2029, Eddie Butita Says After Landing A Huge Deal From Netflix

Eddie Butita is a famous comedian based in Nairobi.He was also linked with the usual Churchill show that saw him rise above the rails like the rest of the crew. Eddie has been on top of his game so far moving one step to another as it was expected by his mentor Mr Daniel Ndambuki. He grew up in one of the top most watched comedy shows in Kenya Churchill. The young man is unarguably talented being also good in directing movies and editing as well. 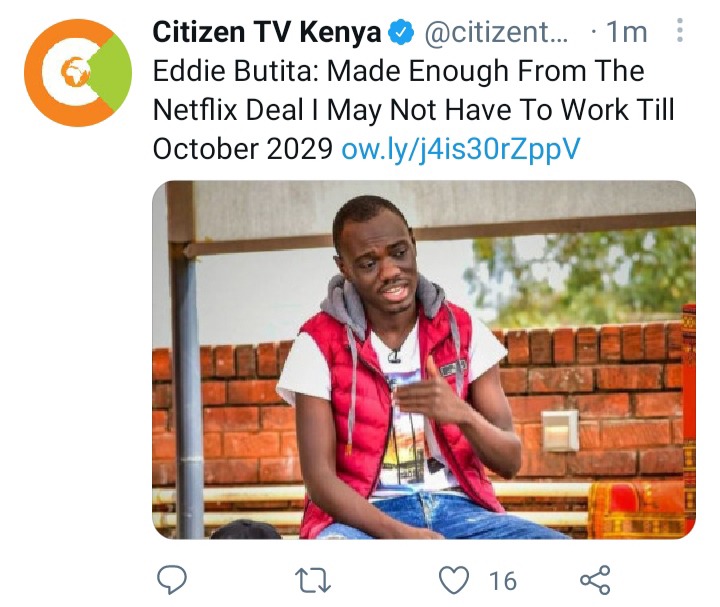 Eddie Butita won a contract with Netflix that got him earning a lump sum payment which he was unwilling to give the accurate figure live on air. However he said that the deal was so good and he might not work upto 2029. The line that got many Kenyans barking at him why wouldn't he continue working. The comedian is currently working on a project with Netflix. He said to have not expected to be in contact with Netflix this soon. 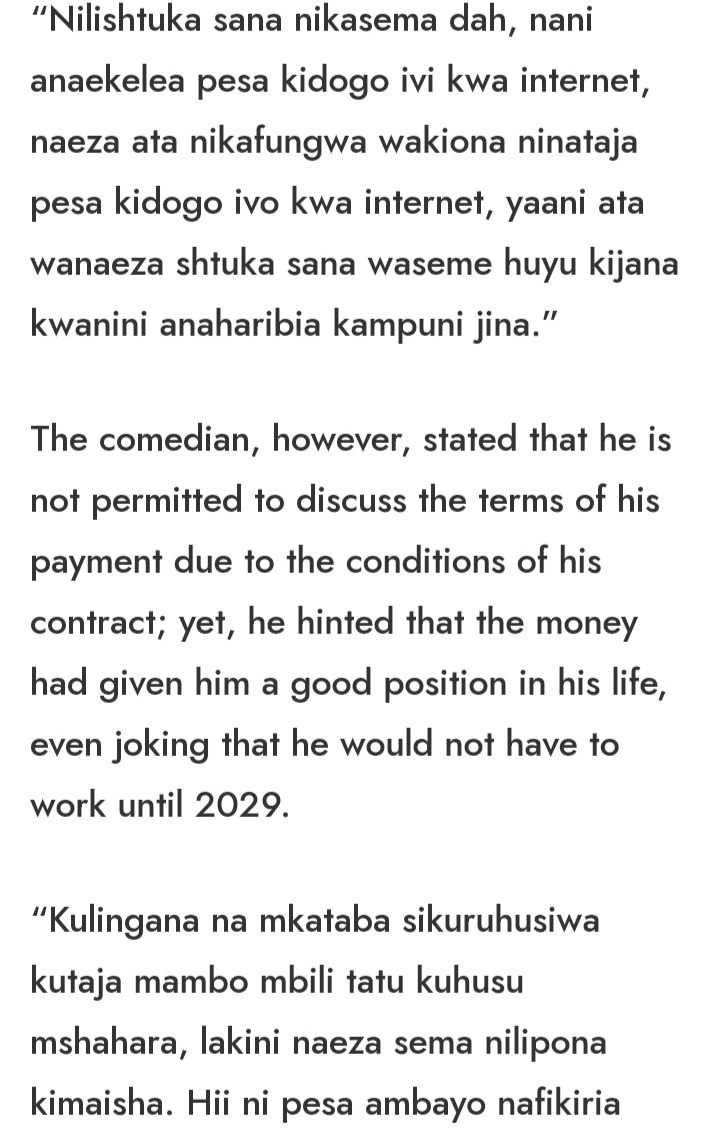 Eddie Butita said to have actually been praying for an opportunity to work with Netflix and he hadn't quite yet figured the right approach he would use against them. He said the contract came as a surprise and he thanked God for the opportunity which many are dying for. Eddie has got Kenyans trolling him online on his joke that he might not work for the next few couple of years due to the lump sum payment he got from Netflix. He was however joking about it as it sounded on the interview he was having. 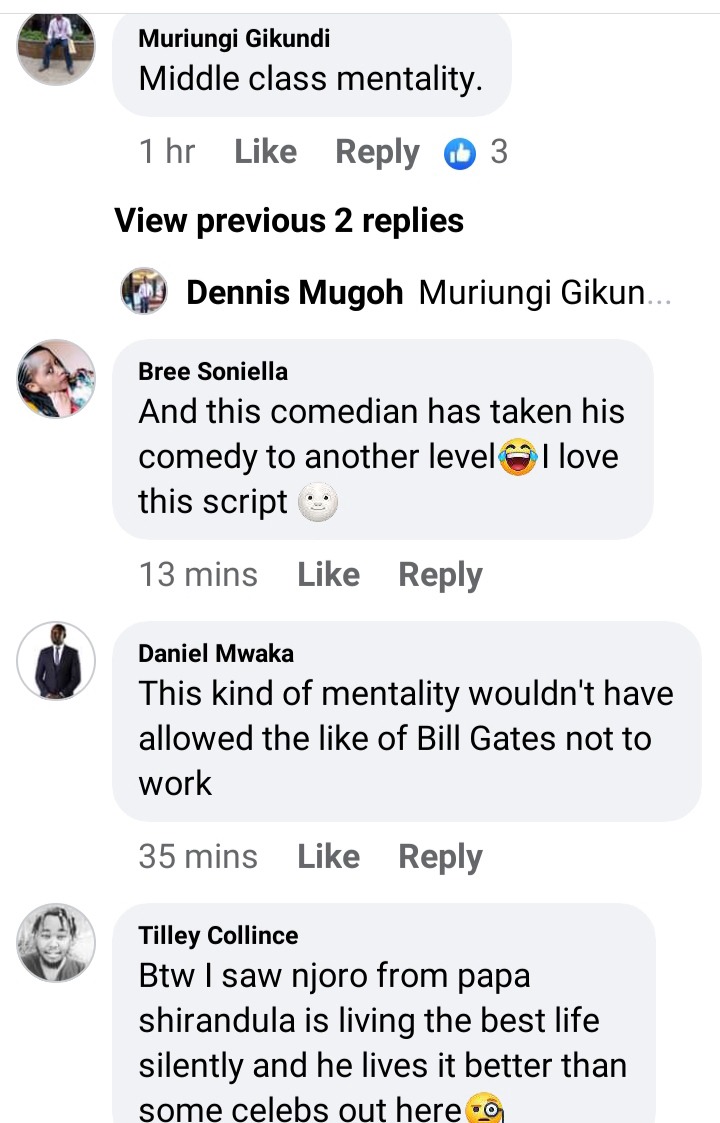 Well despite all congratulations to Eddie Butita for the step he has done. That's taking Kenyan entertainment industry to another level. His tireless efforts and hardwork has finally bore him fruits and granted him a great future. Well deserved to our commedian champion. 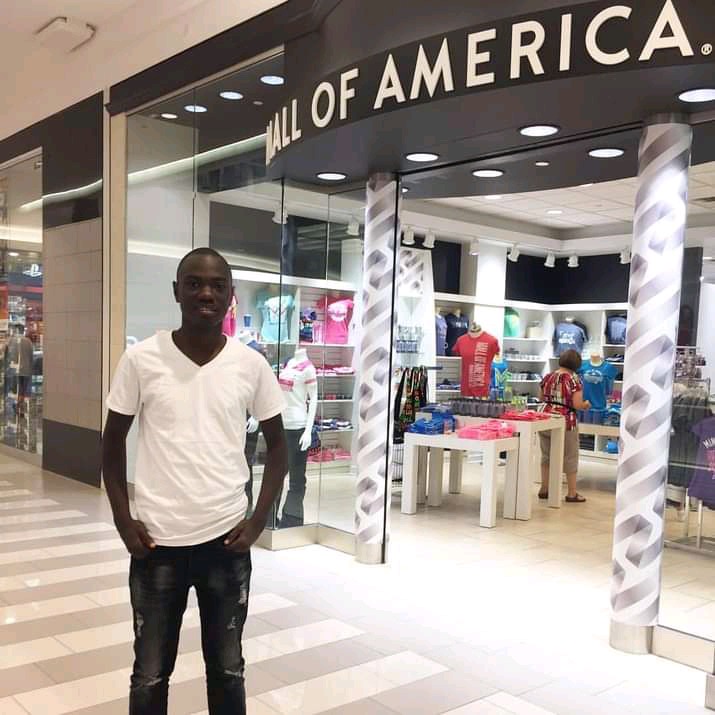 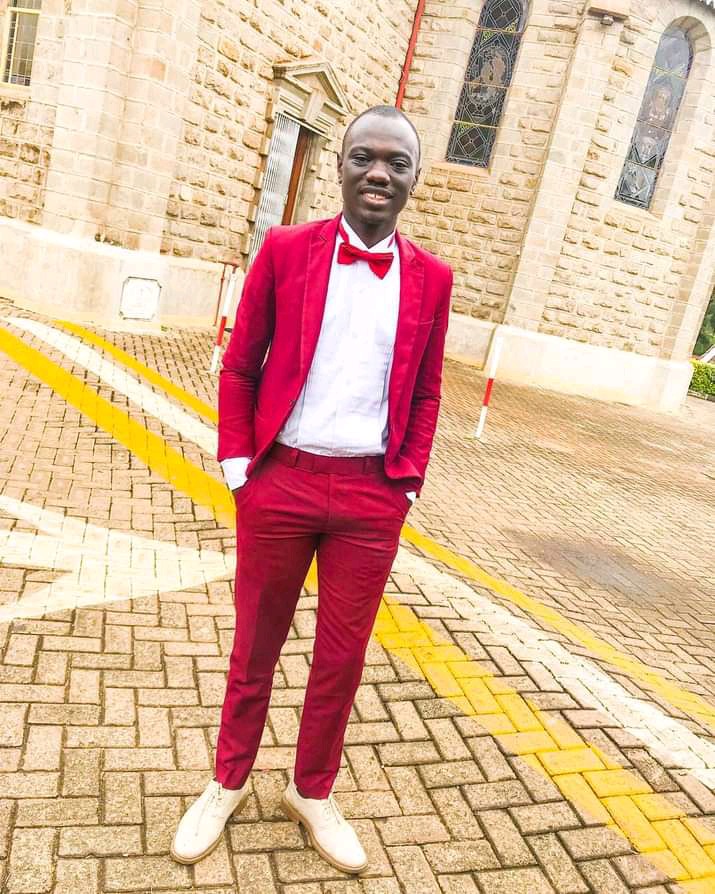 Do you think Eddie Butita could be now richer than Eric omondi the "President of Comedy?"

Another Boys School From Kiambu County is on Fire