Storytime :Keranta Explains How His Ex Boyfriend Cheated on Her With Georgina Njenga

By Raynewsroom (self media writer) | 4 months ago

Keranta and Georgina Njenga are best friends and have known each othet for a while, they are both youtubers and also coolkids. Georgina is dating the famous machachari actorTyler Mbaya(Baha), while Keranta romours have it that she is dating Nairobi West Niccur after breaking up with Dzaddy Amore. 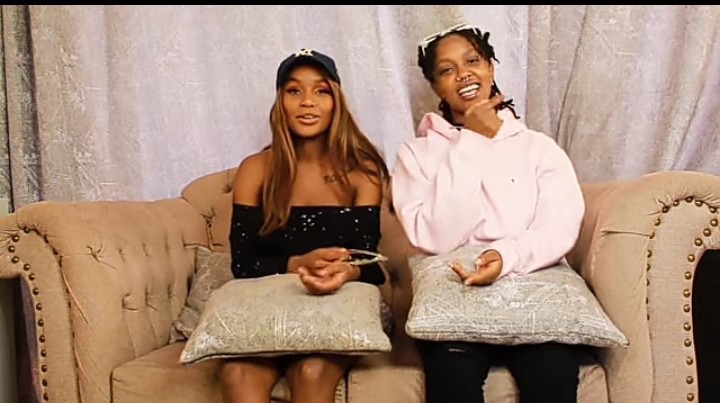 The two decided to tell their youtube fans on how Keranta's ex boyfriend almost made them hate each other and it was about to lead to fight. Keranta didn't specify the name of that ex boyfriend because of some private issues. She went ahead and said that she met Georgina back in 2018,and the first impression made her to natural hate Georgina and instinct were telling her that Georgina is somehow in close contact with her then Boyfriend.

So one day the truth revealed itself. They were both invited to a bash and Keranta's then boyfriend had planned to hook up with Georgina at the bash. So at the bash things happened as it was planned. Georgina went a head and flirted with Keranta's Boyfriend and even exchanged jackets.

When Keranta noticed this, she was forced to ask her boyfriend why he did so and why he was so close with Georgina, after a long quarrel with the boyfriend, she decided to go and bring back the Jacket from Georgina, and this was where Drama almost fumed. They were humbled by other people. Since then they quited their relationship and became friends till Georgina met Tyler and till now they are best friends. Watch full video on Keranta's youtube channel.

Nana Owiti: Here Is What You Need To Do For You To Have A 'Beach Body '