Popular online comedian Mulamwah together with his wife Carol Sonnie have had one of the highly hyped pregnancy journey. Well, the couple revealed the conception back in April when the bump was just four months old. As Mulamwah had wished, the Churchill Show comedian can now afford a smile after eventually earning the coveted " father" title. In his post back in April, Mulamwah stated the following;

" We thank God for the blessings, may he see us through the end as we open a new chapter in life. "

After the successful delivery yesterday, the celebrity couple immediately created several headlines with some specific ones turning out to be the talk of town. Despite having a child together in the long run, Mulamwah and Sonnie' s marriage journey has never been a walk in the park as revealed by the past turbulences in their relationship. 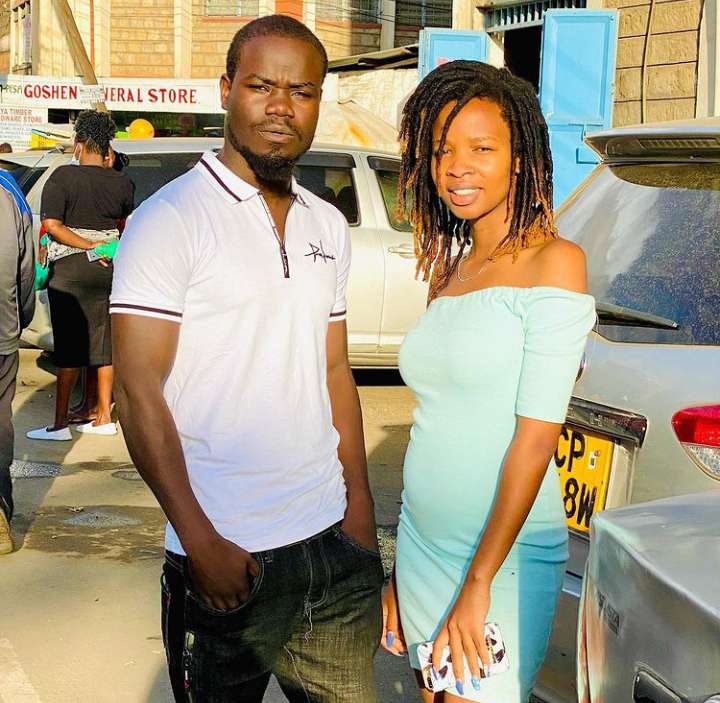 October last year was one of the most daunting periods for comedian David Oyando otherwise known as Mulamwah. Just amid the healing process from bitter online trolls, the comedian was again met by major surprise after his beloved girlfriend Carol opted to walk out from their relationship. The two who had then dated for two years apparently parted ways due to unfulfilled expectations. In a long social media post, Mulamwah recalled how matters between them had not been upright to the extent that his wife even miscarried their first pregnancy.

" This wasn' t an easy decision to make at all, especially at this point in my life. It has been a tough year already for me, and for both of us too, almost losing everything. " Mulamwah revealed.

According to Mulamwah, one of the factors that teared apart his relationship was the unbearable online pressure which piled up against him. However, in January this year, the two lovebirds reconciled and got back together, an intimacy journey whose fruits are now visible. 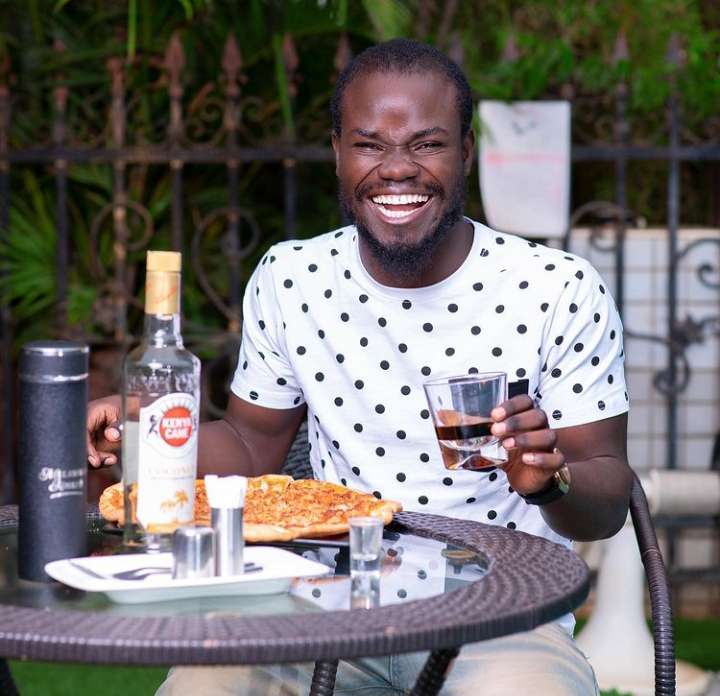 Yesterday morning, comedian Mulamwah was over the moon as he revealed the good news of his wife' s delivery. Stating this through his social media accounts, Mulamwah confessed how it was one of the best gifts ever from his long time girlfriend Sonnie.

" A miracle just arrived, words can' t express the feeling and it' s the best thing that ever happened to our life. " He stated.

Correspondingly, Mulamwah immediately rewarded his wife with Ksh. 100, 000 for a successful delivery. He further pledged to add Ksh. 200, 000 on top in due course. Well, congratulatory messages from fans and celebrities began streaming in with the 28 year old attracting series of reactions across the country. 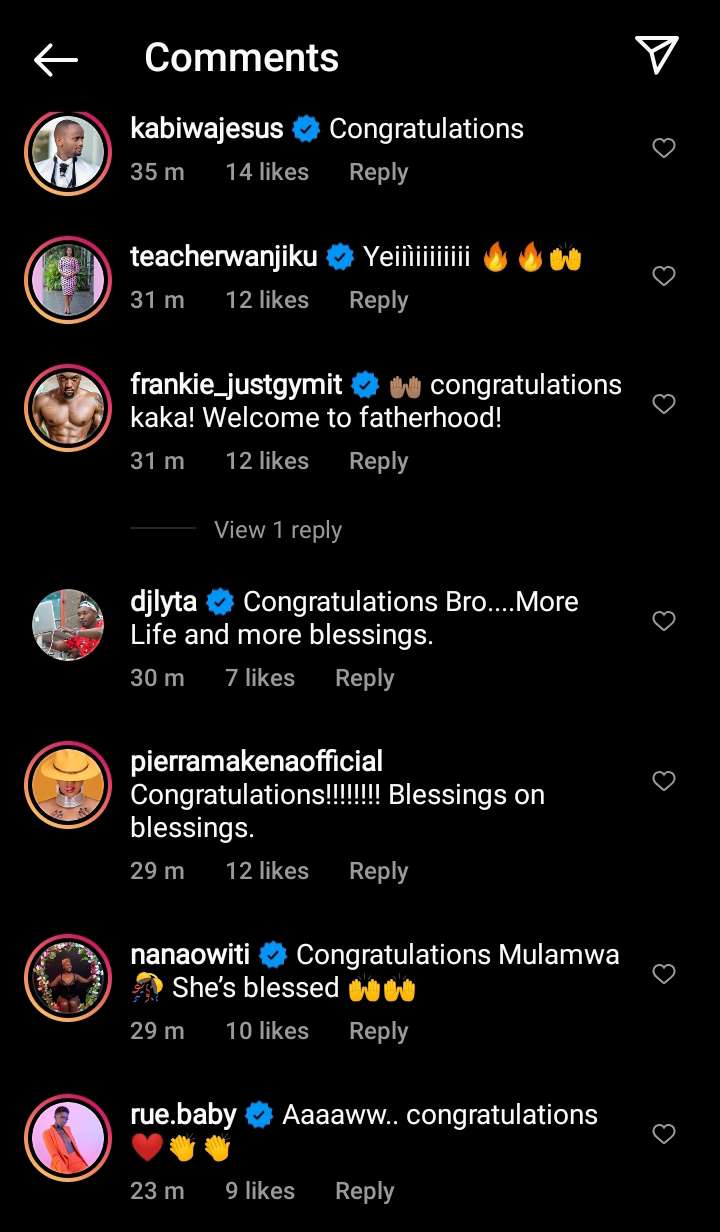 Among celebrities who reacted to the good news include comedians Churchill, Njugush, Tiktoker Azziad, Activist Boniface Mwangi, Youtuber Kabi Wa Jesus among many others. However, most netizens were astounded by one fact; Mulamwah had already initiated his daughter into social media just hours after her birth. Well, the headline later seemed to turn into an area of concern after the little angel attracted crazy followers overnight. 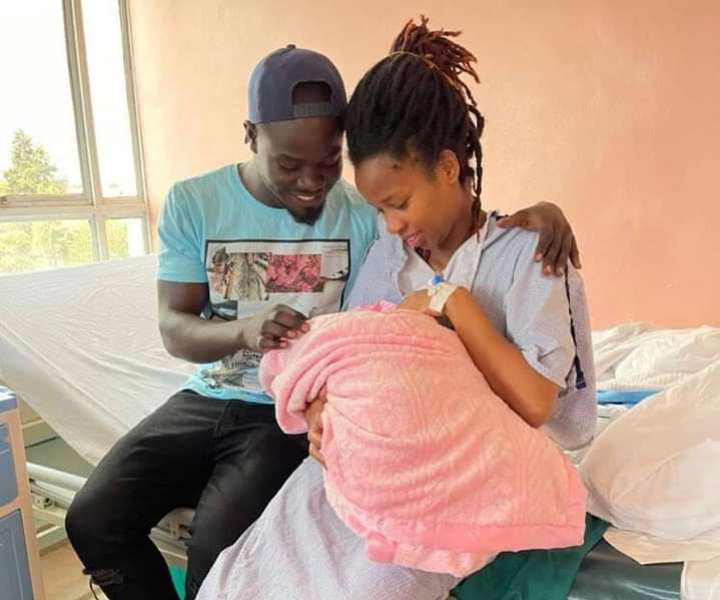 Despite initially vowing to never expose his child to the limelight once born, Mulamwah seems to be contradicting his own self. This was after the comedian launched Facebook and Instagram accounts for her daughter Keilah Oyando just hours after her birth. Apparently, the move has now elicited reactions with the newborn also proving her fame beyond expectations. Few hours after Keilah' s account had been launched, she had only attracted 896 followers on Facebook and 556 on Instagram.

However, the numbers have now multiplied big time. As of now, Keilah has already surpassed the 10, 000 followers mark on Facebook and a whopping 7, 000 followers on Instagram. Moreover, the one day old has already landed an ambassadorial deal for herself with a fashion company dubbed, " Kids Town Kenya. " Apparently, the fashion store will dress the new angel for 17 years in a bid to market their products with her.

Well, most netizens have now sparked lots of humour from the incident following the major achievement Keilah has achieved at a tender age. Some even joked that the little angel was already prosperous than many grownups who can' t attract such following. 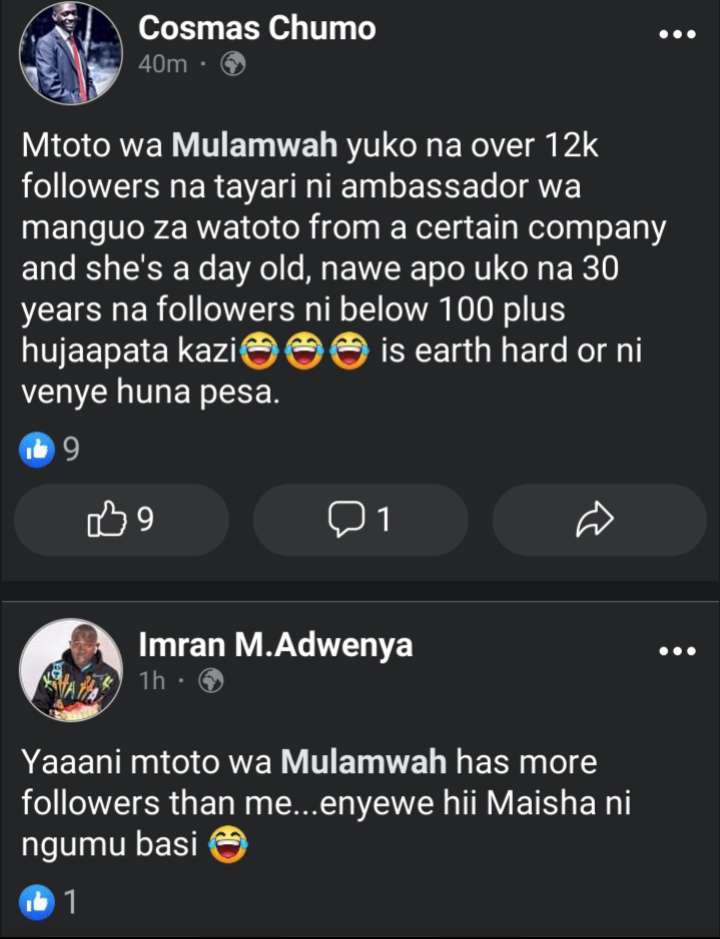 Other Celebrity Children Initiated Into Showbiz By Their Parents

Well, Keilah is not entirely the first celebrity child to own a social media account with enormous following. Other celebrity kids in the same category include Size 8' son Muraya Junior who is only two years old with over 60, 000 followers on Instagram. Moreover, Youtuber Kabi Wa Jesus' son Taji is also a celebrity kid with over 170k Instagram followers just at two years. 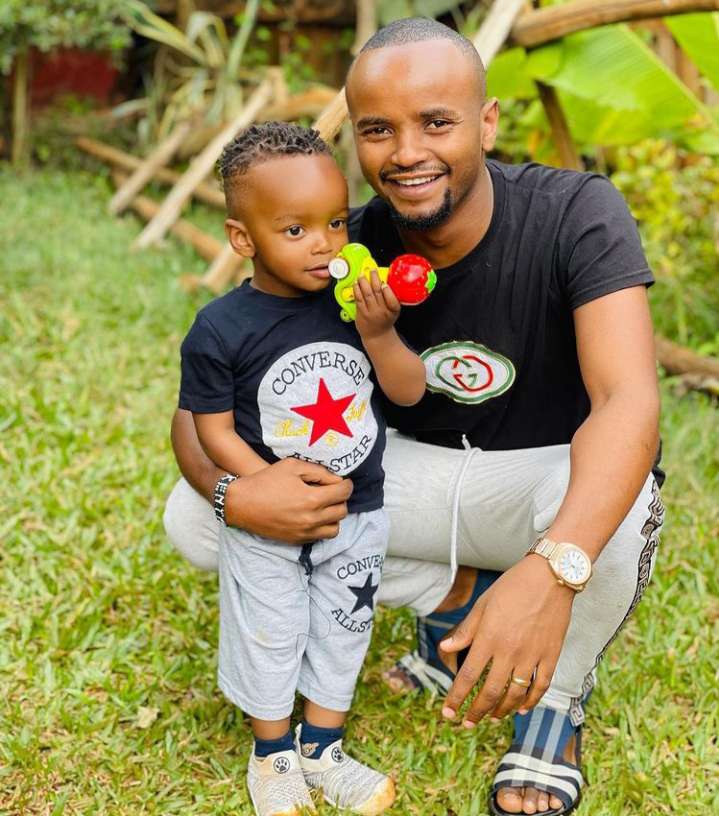 Nevertheless, as indicated in Keilah' s Facebook account; her parents have already declared her an actress just like them. Well, this phenomenon is also popular among celebrities who prefer their offsprings to follow their footsteps. Among them is veteran footballer Christiano Ronaldo whose son Junior is already a football star in the under 16 football category. Even locally, comedian Njugush son Tugi is one of the most followed sensations who always cracks up Kenyans with his inherited humour.

However, a few celebrities such as media personality Andrew Kibe have denounced Mulamwah' s move terming it as irrelevant. 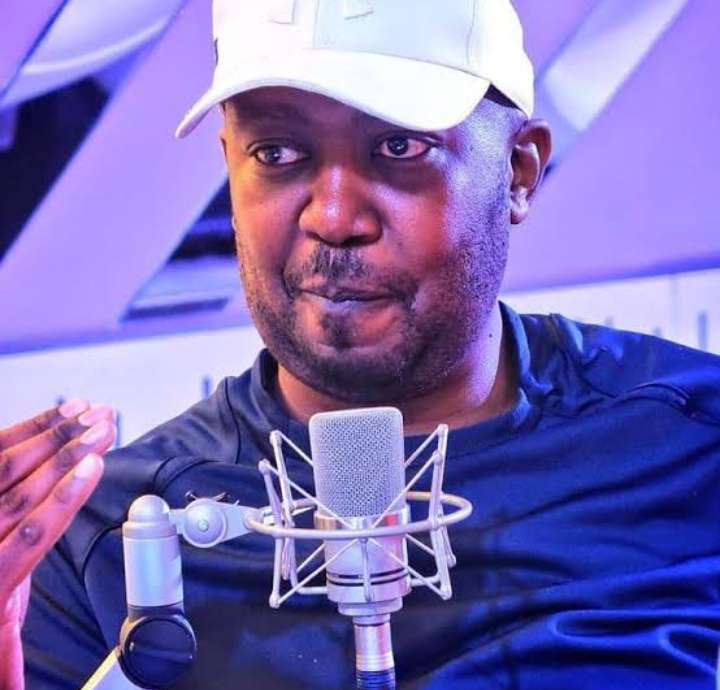 " How do you launch a social media account for a baby who has not even opened his eyes. " Kibe reprimanded.

However, Mulamwah himself seems not be showing any signs of regret from his end. What do you think about his move as far as his baby' s social media account is concerned?