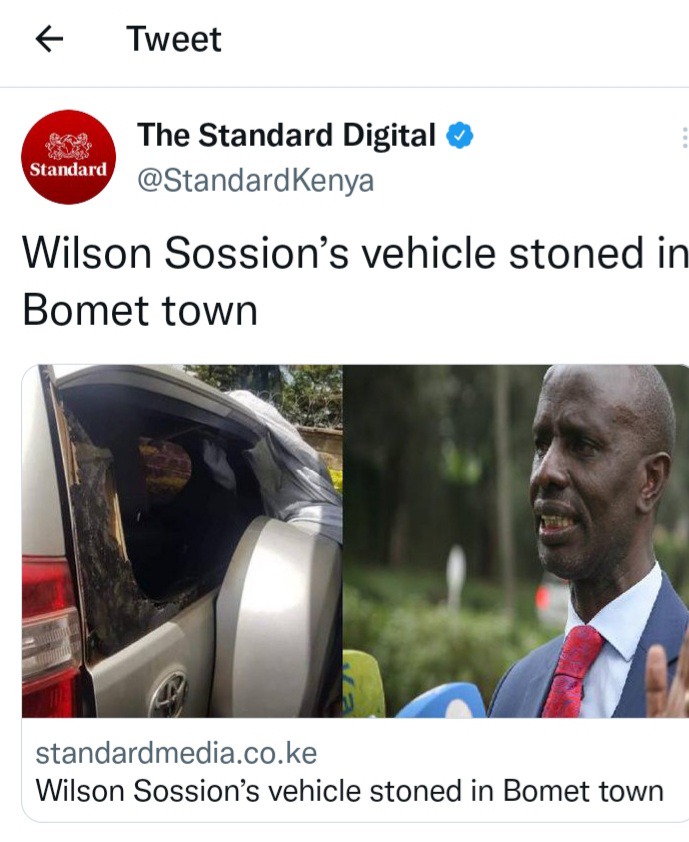 According to some of the leaders, it was reported that his vehicle was stoned after having declared or showed interest in senatorial seat in Bomet area.

It was later reported the scene happened on a Friday. The former Kenya National Union of Teachers Secretary-General will have to face a stiff competition come 2022 with the incumbent Dr. Christopher Langat.

In addition, it was reported that the two are eying same post with one party. Many reported that even Wilson Sossion had interest with UDA ticket.

According to latest report, it was reported that the act took place late in the even as they were coming from their daily campaigns in the region.