Popular actor, Njoro Wa Uba is officially out of the market, yeah you heard me right! Through a post from Tuko news we were able to know that the funny man held a private wedding ceremony in Limuru today. The ceremony was attended by close friends and family members only. However, fellow comedians like Njugush were also present. 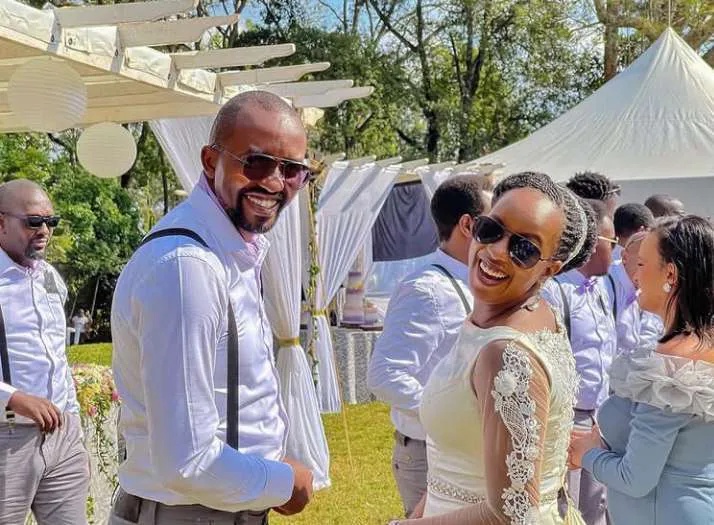 " Actor @KinyuaJoe aka Njoro Wa Uba is officially out of the market. The ladies favourite actor tied the knot with the love of his life @Wangarithatcher at a private ceremony a day after their proposal. The ceremony which was in Limuru was attended by close family and friends only. Congratulations! " Read the Post.

" Indeed love is a beautiful thing @Wangarithatcher you literally swept me off my feet. " Njoro posted on his Instagram wall. 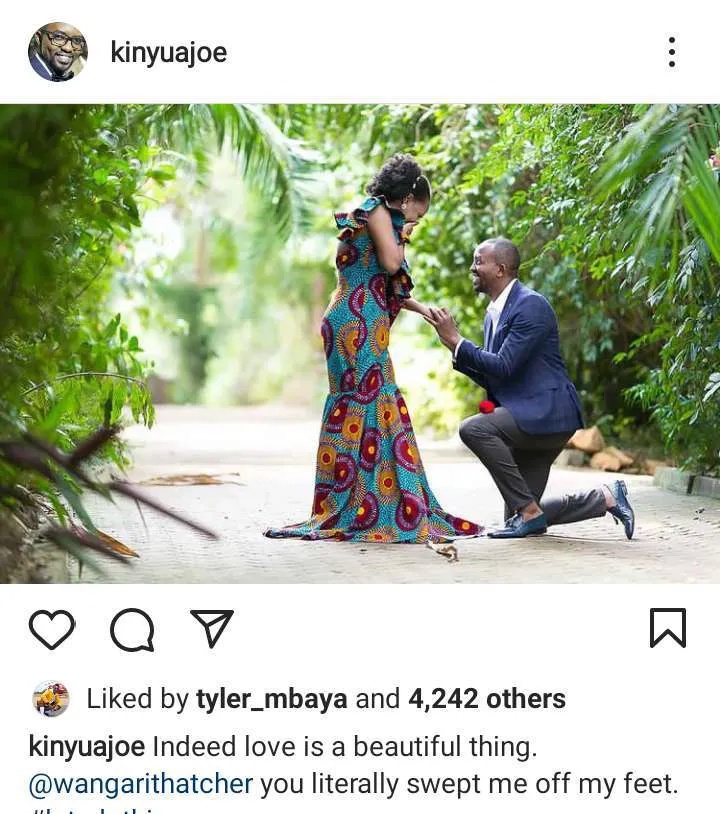 The post attracted huge attention from fans all over. They flooded in his comment section congratulating him for finally meeting his soulmate. Fellow celebrities like Teacher Wanjiku were not left behind, they also chipped in congratulating the couple. 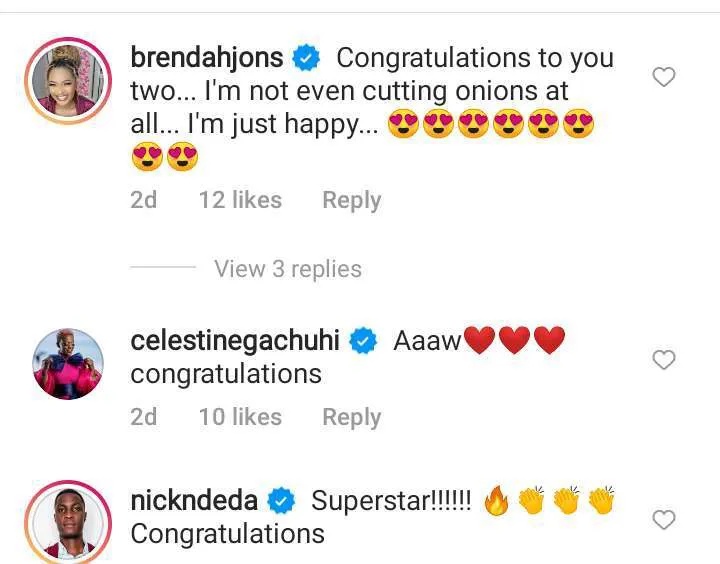 Njoro Wa Uba is among the most celebrated actors/comedians in the country. However very few people know how he struggled to be where he is today. Here is his story grass to grace journey. However let' s first get to know him a little bit deeper.

Who is Njoro Wa Uba?

Gone are the days when local programming was scarce and scripted in haste. The majority of new sitcoms are well- crafted, original, and relatable to Kenyans. Maisha Magic East' s drama series " Njoro Wa Uba" did not disappoint. The intriguing, amusing, and humorous drama is one that most people can connect to, and at its heart is Njoro, the Uber driver who is confronted with a slew of obstacles. 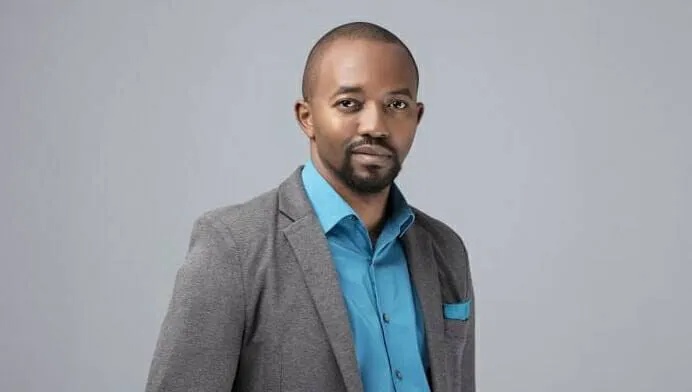 Joseph (Joe) Kinyua is his true name. Joe was born in Eastleigh, Nairobi, on the 31st of January 1984. His parents were poor, and they slept hungry the majority of the time. He, on the other hand, was a driven individual who worked tirelessly to improve his family' s position.

Joe went to Kasarani for both primary and secondary school. He had a strong interest in acting and had participated in a number of theatrical festivals. His outstanding performance and ability to remain natural throughout the moments astounded everyone.

He did well in his studies, and his parents were ecstatic. His parents urged him to pursue a business degree after he finished high school. He didn' t want it, but he didn' t have a choice. From 2002 until 2006, he was a student at Professional Institute, where he studied accounting.

Career path and ascension to prominence.

He got a job at Aga Khan University Hospital after finishing his Accounting education. His interest was acting, which he had tried and enjoyed in high school. He never liked what he was doing and always wanted to follow his dream of being an actor. He has previously stated in interviews that he clashed with his former supervisor due to bad work ethics. 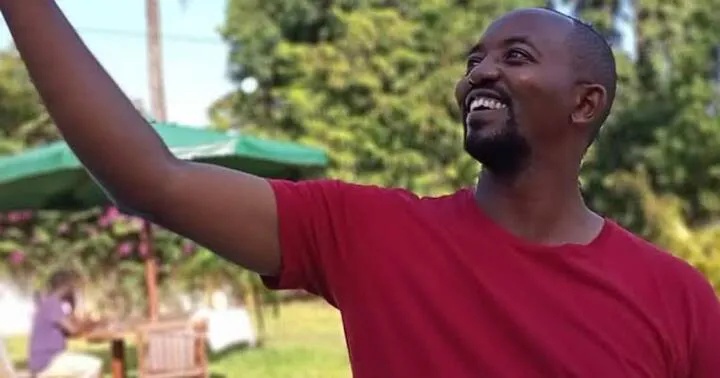 In 2006, he and his buddies developed a low- budget picture that drew a lot of attention. The film did not make money, but it was a fun experience. He decided to pursue acting in 2008 and went to auditions, landing a part in a traveling theatre group. This marked the end of his accounting profession and the start of his acting career.

He eventually chose to pursue a career in television, and following the first round of auditions, he was cast in his first part. This was a fortunate break that lasted for a while, but despite going audition after audition, he didn' t receive another role for the next two years. In the second season of MNET' s shows Changes and The Whistleblower, he finally got his opportunity. 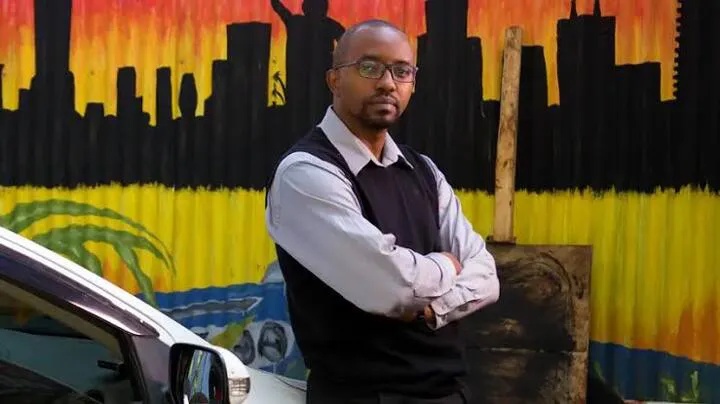 In 2013, he won a role in the thriller " The Fifth Estate, " which stars Julian Assange, the founder of Wikileaks. He was portraying a human rights activist. Since then, the actor has consistently been ranked among the greatest in the country.

Notable films Njoro has been featured in.

Njoro has been featured in a lot of movies. His great acting skills always earn him a spot in top movies. The films include:

How to Find a Husband, in which he portrays a non- committal boyfriend, Sue and Johnny play a comma- separated man whose identity has been stolen, The Phoenix players built the fences, Changes in the News Changes in the, Lies that Bind and many others. 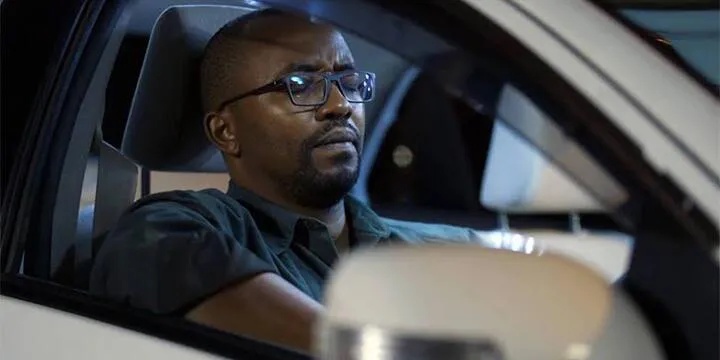 Despite this, he considers Njoro to be his favorite act to date. He explained in a past interview, he likes being the star and also the Uba series have made him very popular, something he is very proud about.

" I' d go with Njoro every time. " It' s the first time I' ve performed a role where my character is the star, " the actor remarked. 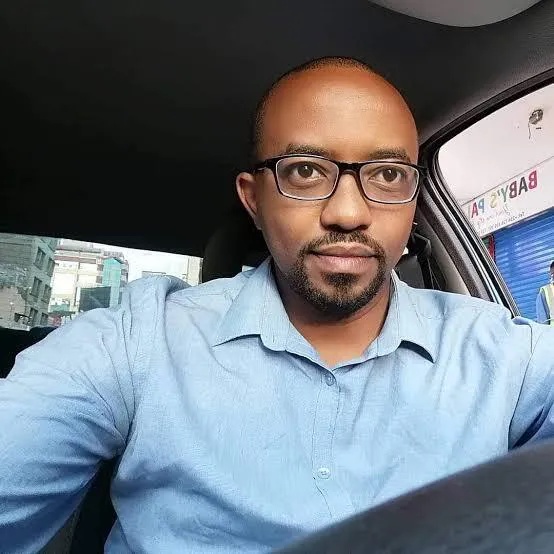 Njoro Wa Uba has proven that hard work always pays. You just have to believe in yourself and believe everything will work out. From this side, Congratulations Njoro and we wish you all the best that marriage has to offer.

Leave a comment down below and don' t forget to follow me for more interesting stories about your favorite celebrities right here in entertainment world!