Paula Kajala 'Runs' To Her Father After Alleged Breakup With Rayvanny

By Mercystudio (self media writer) | 3 months ago 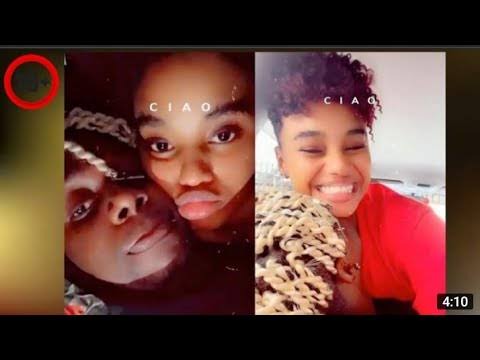 Tanzanian famous teenager Paula Kajala who is the daughter of actress Frida Kajala has been trending on social media after alleged breakup with singer Rayvanny.

The two started dating a few months ago after Rayvanny broke up with his baby mama Fahyma. Their relationship received a backlash from internet users who claimed Paula is too young to indulge in such relationships.

Her mother Frida Kajala on the other side defended her daughter's relationship with the 'Te Amo' hit maker with claims that she is above 18 years. 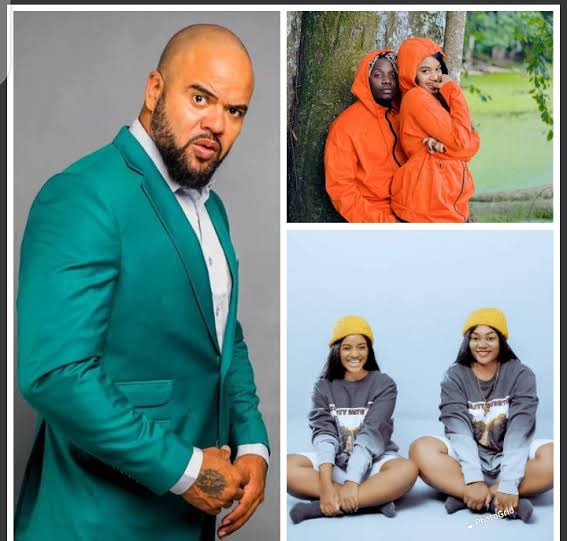 Rayvanny and Paula have been the perfect couple with various photos of them trending on the internet until recently when their fans noticed they have deleted photos of each other.

This came weeks after Rayvanny was alleged to have gotten back with his baby mama Fahyma. The two never confirmed nor denied the allegations.

Apart from deleting each other photos,Paula has also unfollowed Rayvanny who unfollowed her in return. Fans are left with no answers as both parties have gone silent. Rayvanny is however still following Paula's mother Frida Kajala. 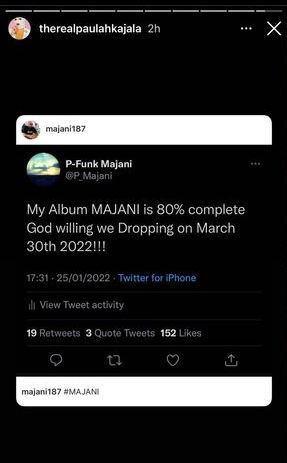 Hours after Paula deleted photos of Rayvanny and unfollowed him,she has been posting projects of her father who is a music producer.

Paula's father, P Majani trended a while back after he disowned Paula during an interview with local station with claims that he doesn't approve her behavior.

This seem to have changed and the two are in good terms. They are now following each other and Paula having over half a million followers posted her father's new project which is an album.

Is she running to her father for comfort after the breakup? Or is the breakup a prank?

UDA is the most popular party in Kenya, TIFA polls shows