By LavenderA (self meida writer) | 1 months 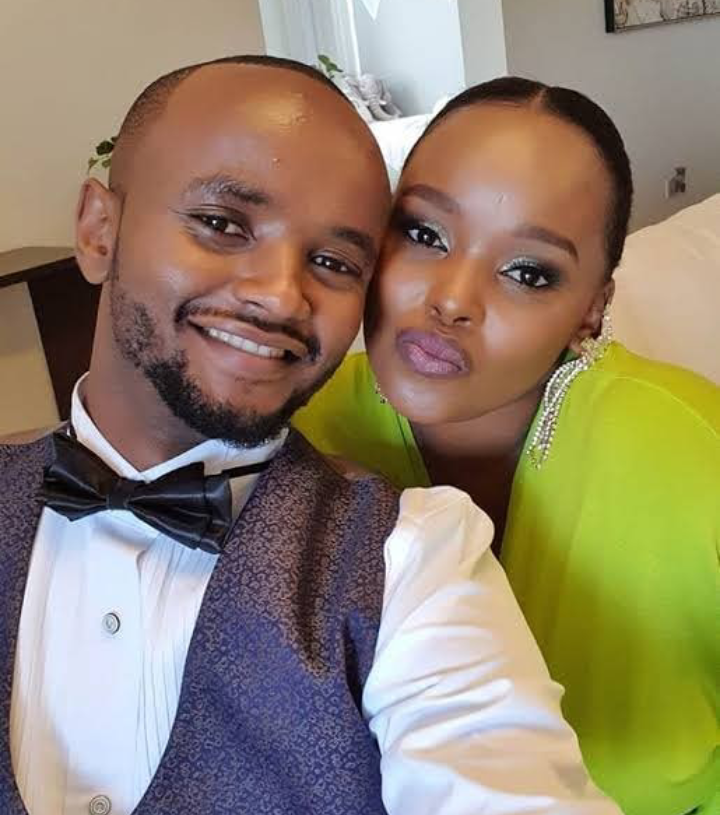 After the bad scandal of the Wajesus family, where DNA test reults recently confirmed that Kabi fathered a child with his real cousin, the baby mama, who is also his cousin, has finally spoken. The Wajesus family drama started in January when a lady who lives in the United States called Ruth Dzendzere, claimed to have information about her cousin, Kabi Wajesus. She told this to blogger, Edgar Obare, explaining that her cousin had fathered a child with another cousin of theirs when they were young, but had refused to fend for the child.

Upon this revelation, Kabi denied and explained that the lady called Ciku is only his cousin and the child called Abby, is just his niece. He then demanded for a DNA test, and upon completion, it revealed that it was 99.9% positive. Kabi then again took to social media to apologize and said that it was a mistake he made when he was not saved, and that he would now take care of his child because it was clear that she was his. 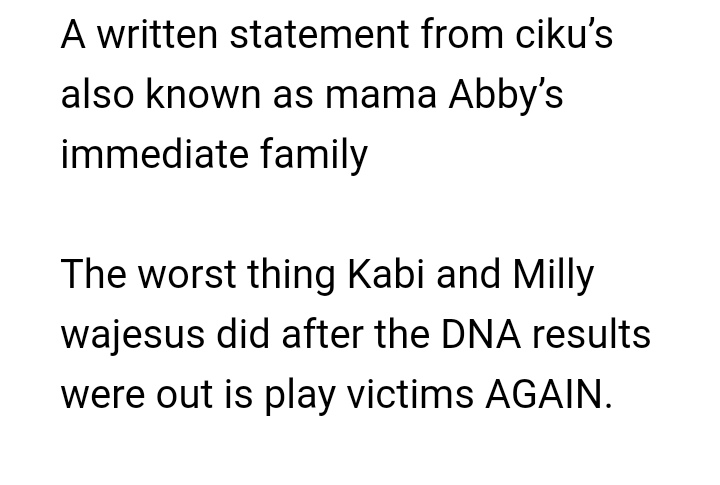 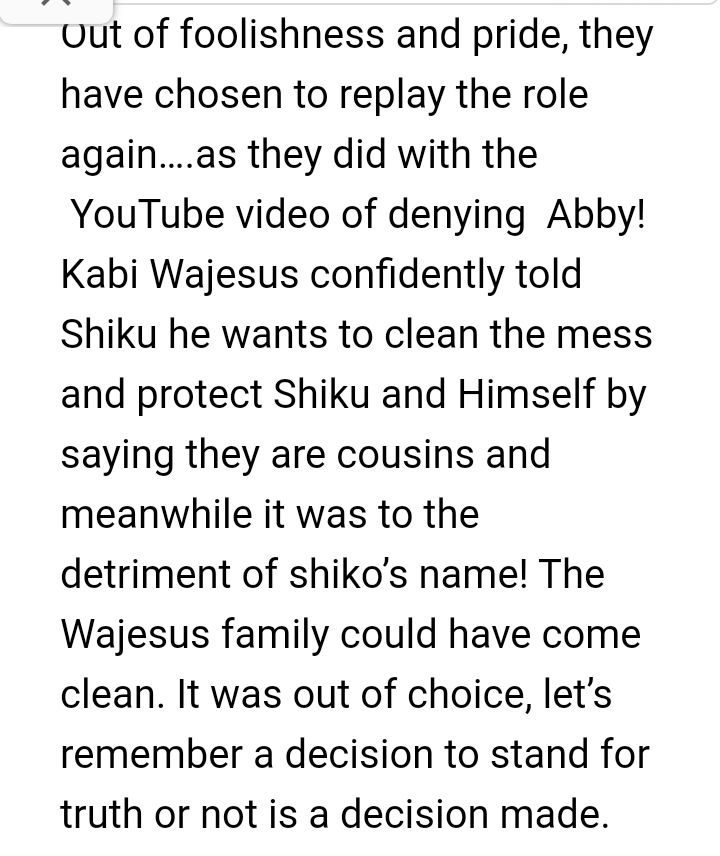 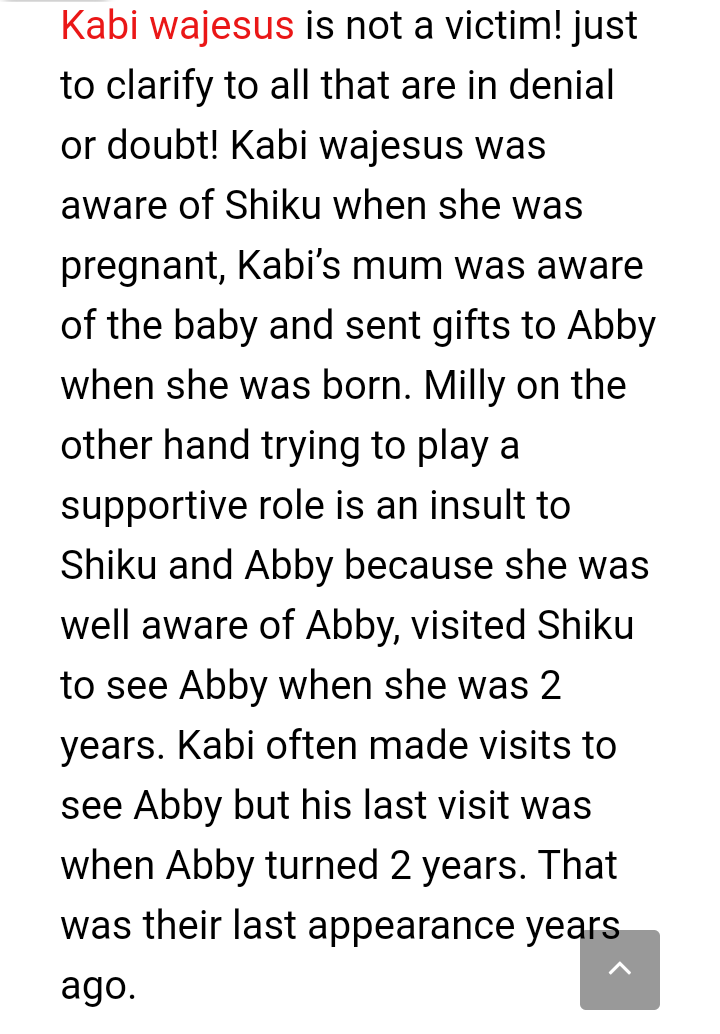 Now Ciku the baby mama, and her family have shared a statement again with Edgar Obare, where she has condemned both Milly and Kabi Wajesus for apparently lying and playing victim of the whole situation. She said that both Kabi and Milly, and Kabi's mother knew of the existence of Abby, but have acted as if they all just found out. She said also that they were facing a possible lawsuit for defamation and that they needed to publicly apologize for everything instead of using the situation against Abby and the mother. 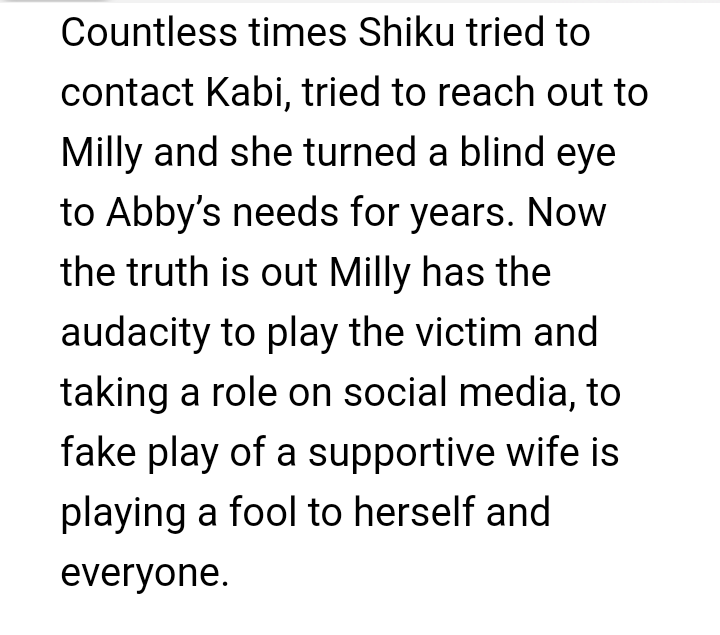 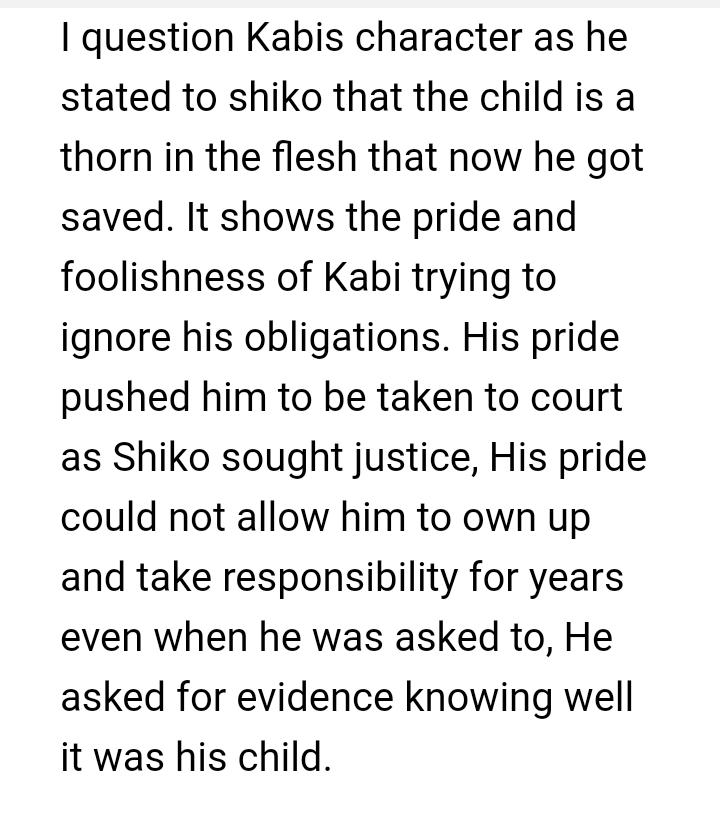 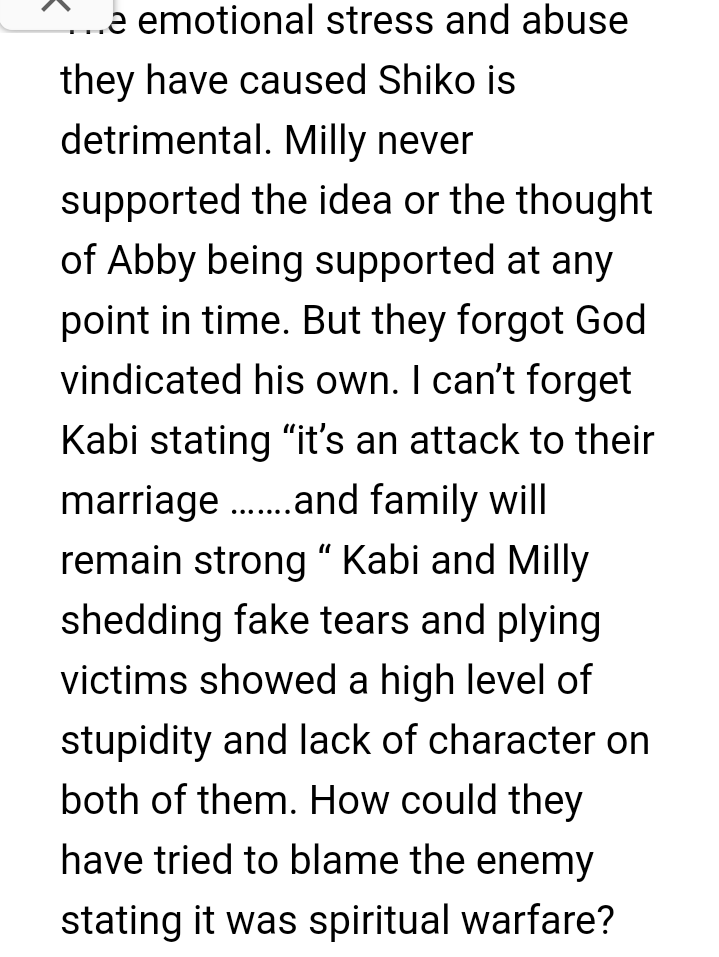 This is not all. Ciku revealed that Milly never at one point supported the fact that Kabi must take care of his family. She also said that Kabi had intact told the child's mother thathis own child, Abby was a thorn in the flesh. 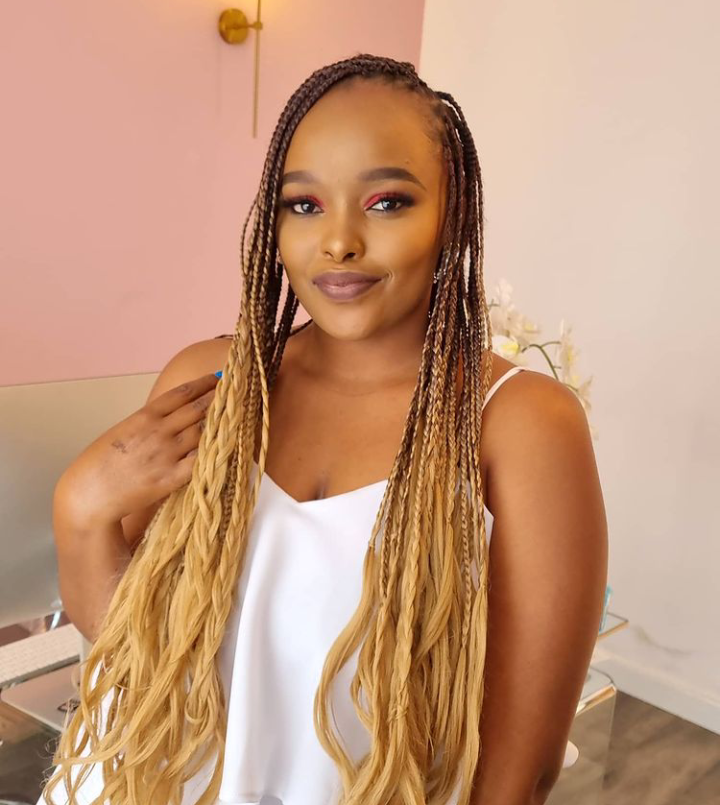 In the statement, she wondered why at all Kabi and Milly lied to be prayerful, because what they had done was not Godly at all. She also said that all they wanted was for Kabi and Milly to keep on growing, but to do so in the right way. 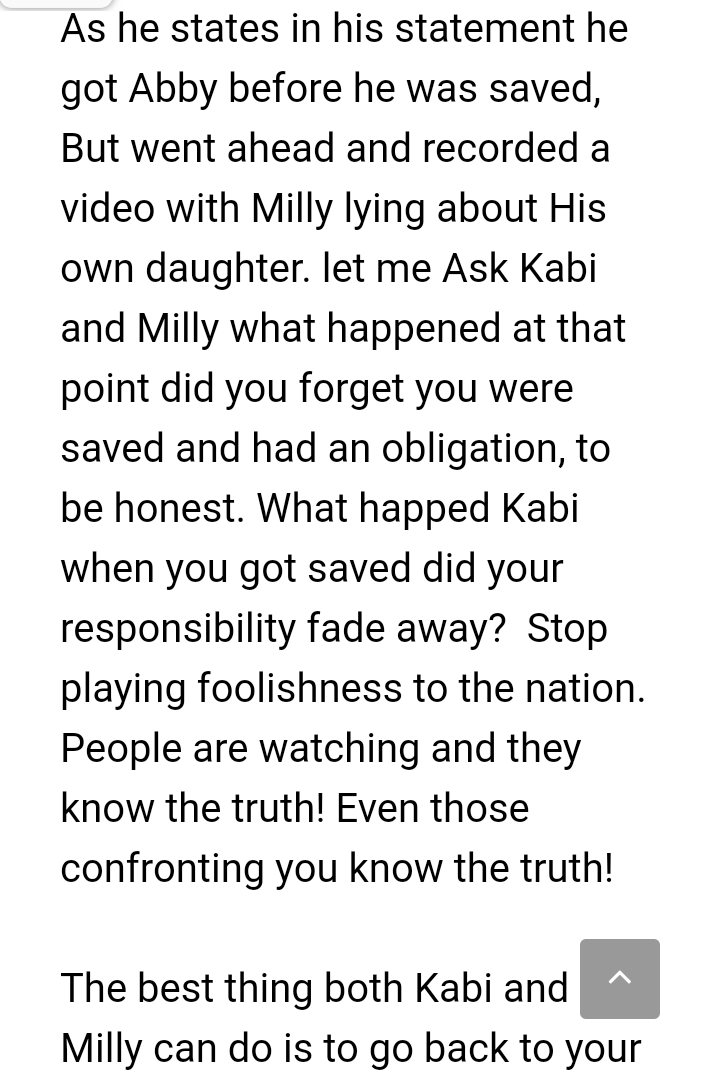 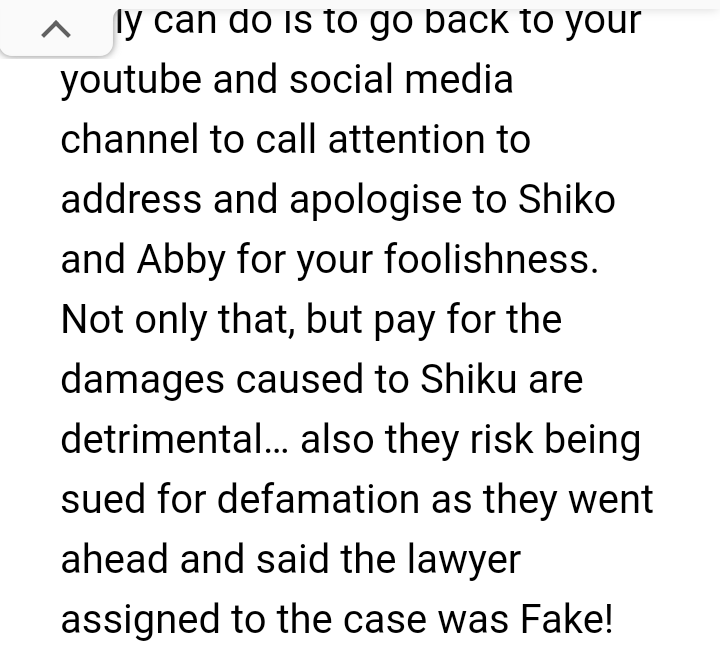 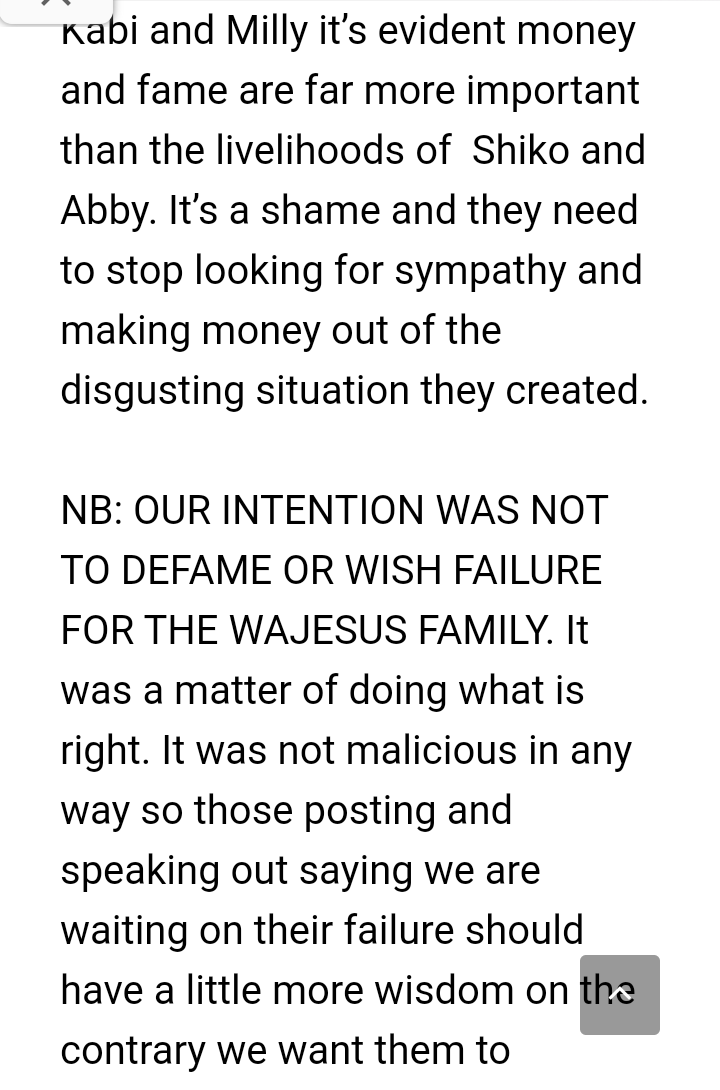 The Sad Story Of Dark Knight Actor, The Price He Had To Pay For The Film And What Happened To Him

'Let Nobody Rush You Into Getting Pregnant' Vera Sidika Advises Fans

Your Health in Pregnancy; What To Eat and What To Avoid

He scored 370 marks in KCPE Exams but Ends Up Being Called to Girls School.

"Mungu Ni Mwema," Kenyan Girl Who Pleaded For Help While In Saudi Arabia Arrives In The Country