By Wallmasta (self media writer) | 4 months ago

After revealing to have joined the Illuminati at the age of 24, many fans have blasted magix Enga for being a clout chaser and that he should focus on his music.

This comes after fans noticed how the interview was conducted, majority saying that he shouldn't have mentioned dj Khalid in his story because dj Khalid is an international artist.

Hours after the shocking reveal, magix Enga was in the streets of Nairobi shooting clips asking fans about the trendy news and their opinions, a thing that made Kenyans believe it was a way of promoting his new contents.

In his Facebook account, he posted a picture alongside Kenya's most loved male artist, Otile brown. The two have worked in several songs together before magix Enga went offline for a long time. 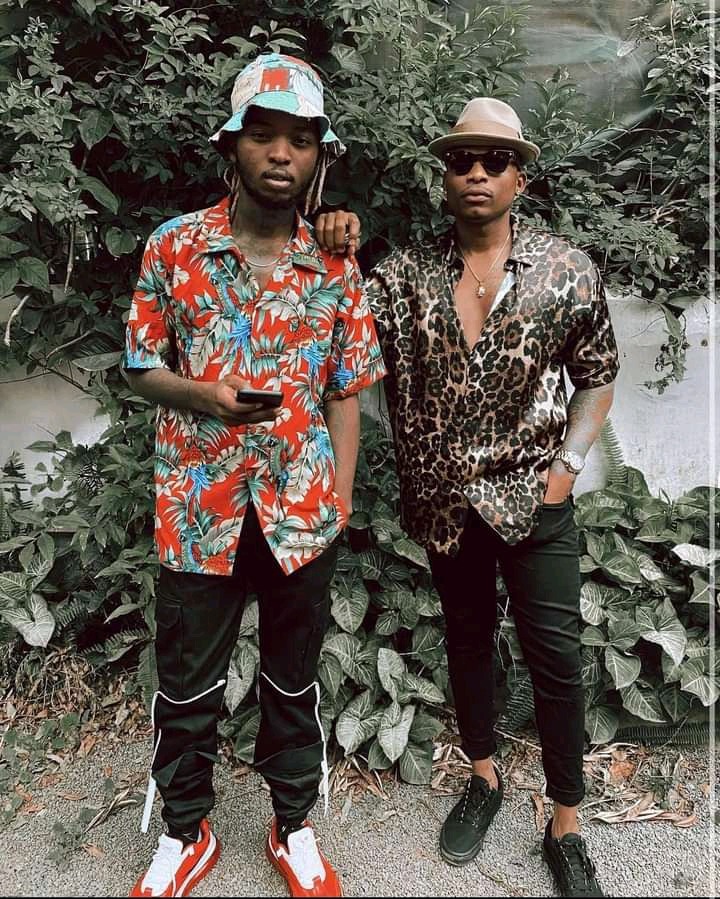 In the picture, Otile is seen leaning his hand on magix Enga's shoulder. Magic Enga is holding a photo as the two are smartly dressed. Many fans have been left in stitches on why it is this picture that he posted after revealing he was in the Illuminati. The picture has raised mixed reactions from their fans.

Other fans have expressed their worries saying he might be passing a message in disguise, while others have said they may be having a song together soon.

Below are some of their comments on the post.

Magica now claims his life is in danger and that he is being followed by members of the secret society.

Content created and supplied by: Wallmasta (via Opera News )

8 Small Shifts That Will Solve 80% Of Your Life's Problems.

Kenyans React To Raila Odinga's Tweet After Posting This Photos.

Stivo Simple Boy Ex girlfriend Reveals Three things that Fans do not know about the artist.