Thespian Kamau Kinuthia alias Omosh has had the tongues of the netizens wagging as he recently claimed to have run broke days after Radio Personnel Jalang'o staged fundraising that saw Kenyans raise money to help him.

People close to the former Tahidi High actor have now been sharing their experiences about the man who once won the hearts of Kenyans with his acting prowess with many claiming he did not need the money and the jobs that the people were offering him. 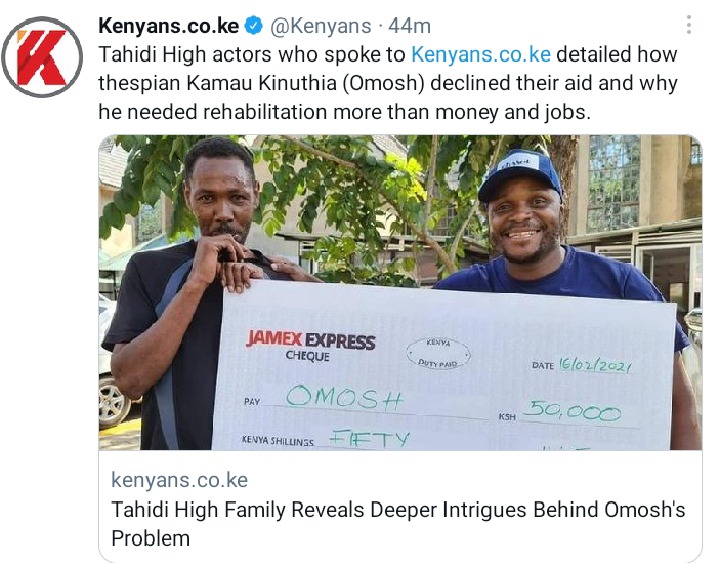 In an interview with Kenyans.co.ke, fellows actors who sought anonymity lamented how their former colleague had turned down their rehabilitation proposals on two different occasions and how their image had been tarnished in the matter that has gained public interest as they are being accused of failing to guide Omosh. 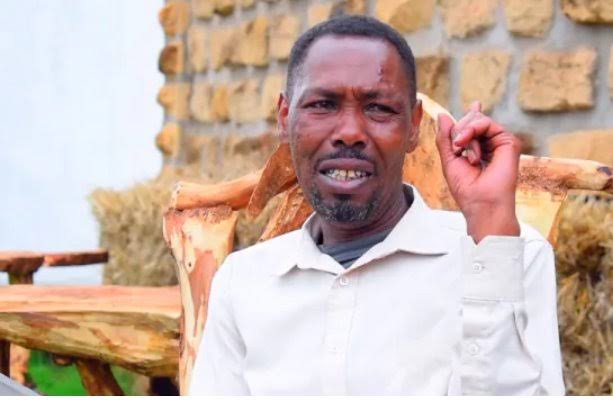 According to one actress, the National Authority for the Campaign Against Drug Abuse and Chiromo hospital group D in Westlands had committed to rehabilitate Omosh only if he was willing to turn himself in.

"There were technicalities in between and nitty-gritty that weren't agreed on. Omosh failed to show up and I felt like it was a letdown. I don't want to speak deeply on his issue but I feel like he needs counseling more than the jobs and money." she said.

In his recent interview with TV47 Omosh was requesting for jobs from Kenyans as he claimed the millions he got from the donations had been used to offset some of his debts as he also lamented some well wishers had not honored their word.