Tension As Mp's Wives Fight In Public During Swearing In Ceremony, They Demanded This To Be Done

By NatashaNews (self meida writer) | 25 days 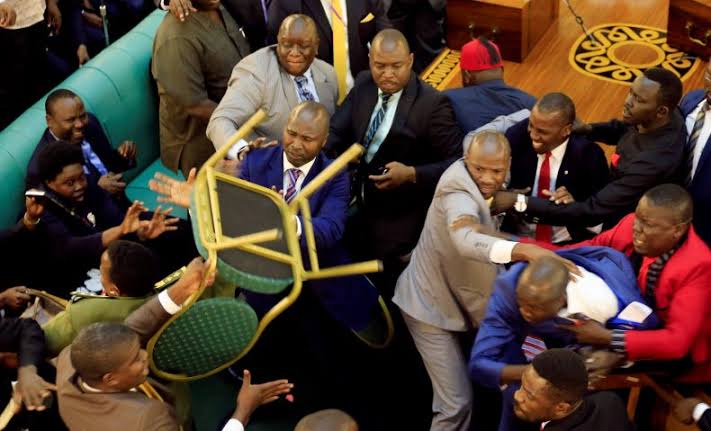 Ugandans were treated to some drama during swearing in Ceremony of the members of Parliament. During this day, the Mp's are allowed to be accompanied by their loved ones to the dias. Some selects their children to be next to them while raising the Bible for an oath. Some prefers their wives to be there for them during such times.

Well, currently Ugandan members of Parliament are taking oaths of office. There was drama during that time when two wives of a newly elected Member of Parliament exchanged blows in front of camera. They both demanded to stand next to the husband who was taking oath.

The unfolding events left the mp embarrassed as he tried to separate them during the scuffle. The situation was finally contained and the ceremony proceeded as planned.

"A newly elected Ugandan MP was embarrassed after his two wives fought at his swearing-in ceremony. The co-wives jostled to stand next to him, and the unfortunate incident was streamed live on TV." Posted Tuko. 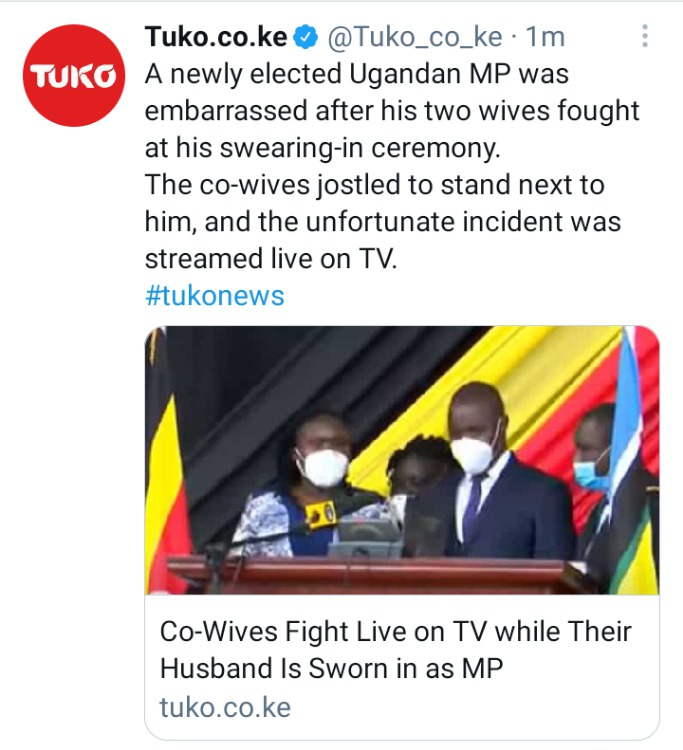 Inside Dp Ruto's Plot To Scutter The GEMA Voting Block