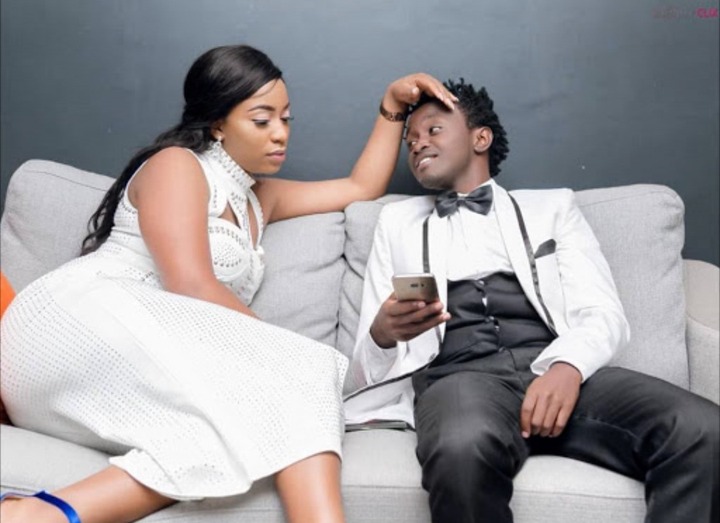 Kenyans today flocked the Comment section in a post by the Wife to Gospel Artist Bahati, with various Comments even as She posted pictures of Her with the Singer and other Airport attendants who are working in they Country. The two had gone for a Vacation.

Marua has been fond of informing the Fans about Her day to day activities, and being a Public figure, She has attracted a huge following who seem to be interested with Her Life. The Fans mostly comprise of Females, Since She has been giving advise to them purtaining the life of the Girl Child.

Bahati has also been making foreign trips for the last few Months with the latest being South Africa where He went to represent Kenya in an event. The Talented Musician how ever was not accompanied by His wife in the trip that was fully sponsored.

Among the Pictures that She posted today while in the Foreign Country was a Statue of the late Ethiopian Emperor Haile Selassie. The Statue looked exactly like a human being sitter down in a golden seat like a King. Many would not differentiate the Statue from a real person.

Also in the same building was other old Archives including the traditional Ethiopian attires. Diana was also seen while playing at a waterfall and Swimming pool that was being guarded by some men in green suits.

The 81 year old Emperor Selassie died in the year 1972 after He was murdered and overthrown from Power. He was later burried under the sewer Toilet in the palace by the sitting Emperor. He was also a very close friend to the late Mzee Jomo Kenyatta who in turn named a road in Nairobi as Haile Selassie Avenue.

Selassie who is well known in Africa, helped more than 1,000 Jamaicans to aquire land in His Country during the repatriation process making them adore Him, and including Him in His songs upto date. The late was also known for His skills to bring people together.

Below are some of the Comments from Kenyans:

@Poshy Poshy - "Is this a Statue? you can say that it's just a photocopy of Him."

@Akothlim 069-"For they first time I thought He is real."

@Yolanda - "Please launch dance style mpya we are running out of patience." 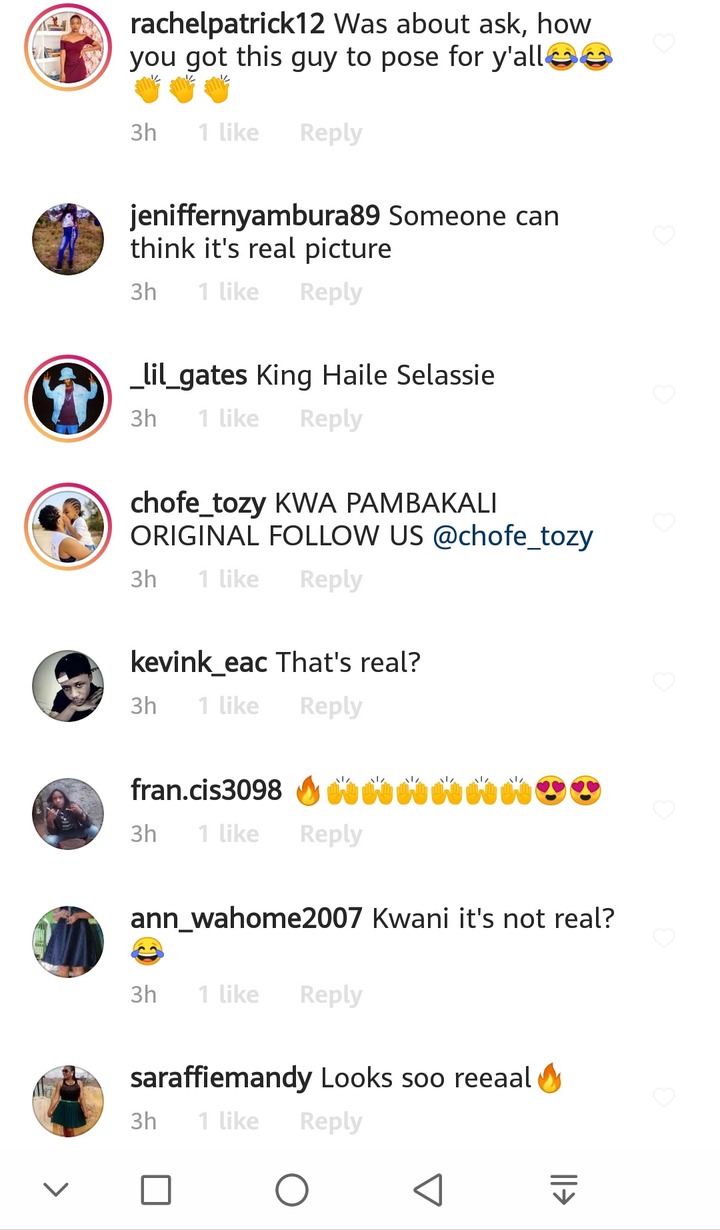