By TheProff (self media writer) | 3 months ago 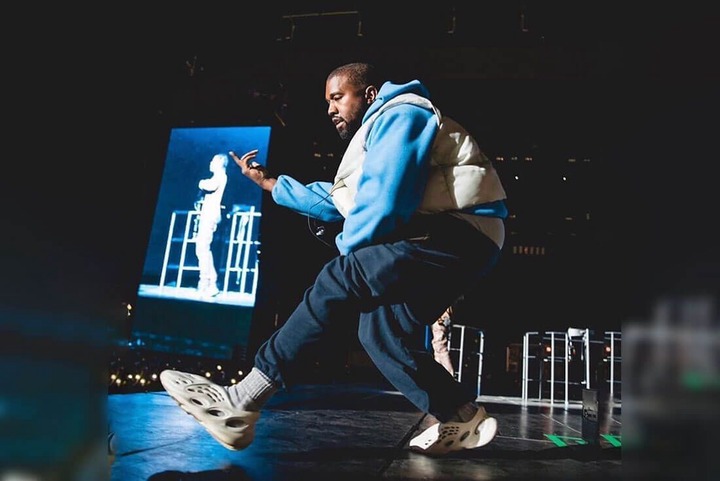 One of the greatest and most accomplished rappers of this century just released his much-anticipated album yesterday. Kanye West, recently named a dollar-billionaire by U.S publications, released his album "Donda" and has featured a Kenyan artist on a few of his songs in it. 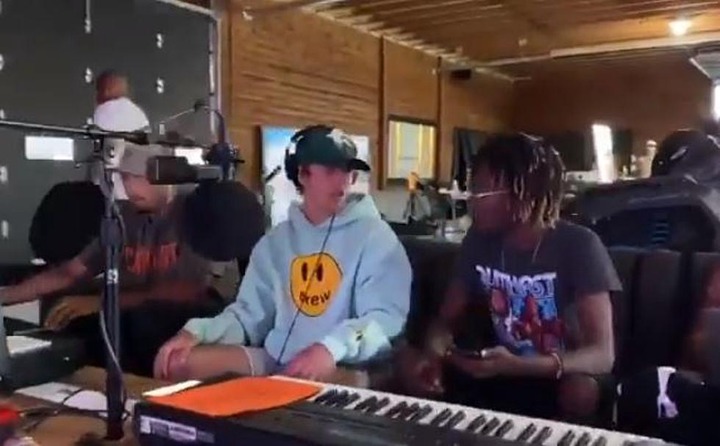 The little known rapper who goes by the stage-name Kaycyy Pluto, was eclectic and proud to have been featured by Kanye, going by his Instagram posts. His real name is Mark Mbogo and he was born in Kenya but relocated to the United States of America at the age of 10. 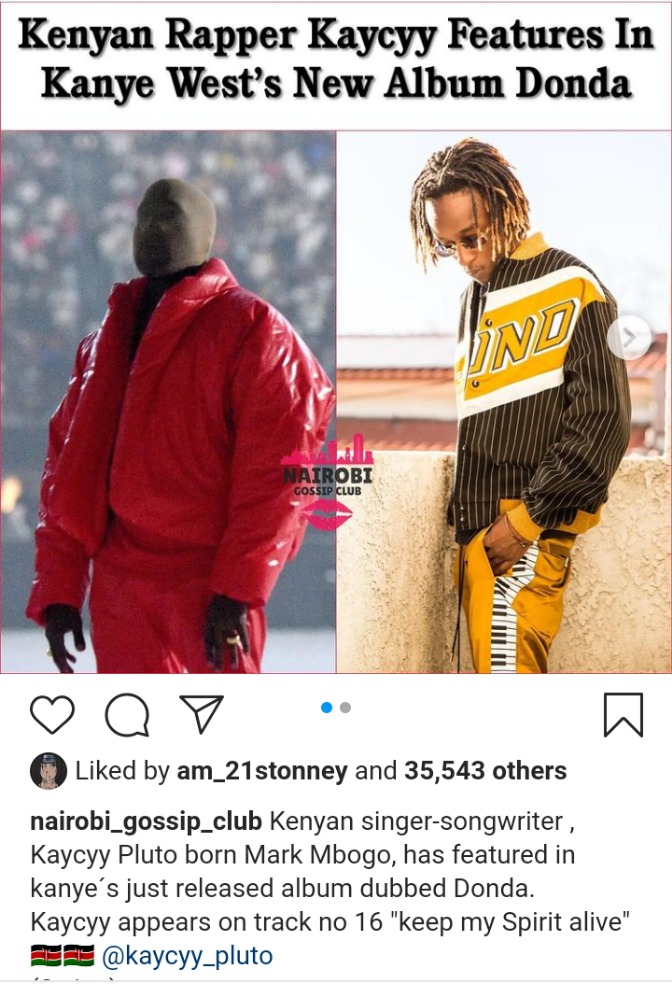 The songs that he has been featured on include Keep My Spirit Alive and vocals on Hurricane which features rapper Lil Baby.

The young man is currently flying Kenya's flag high in the US having worked on some projects with other superstars before. He has worked with Lil Wayne on his "Funeral" deluxe album 2 years ago and some projects with popstar Justin Bieber. 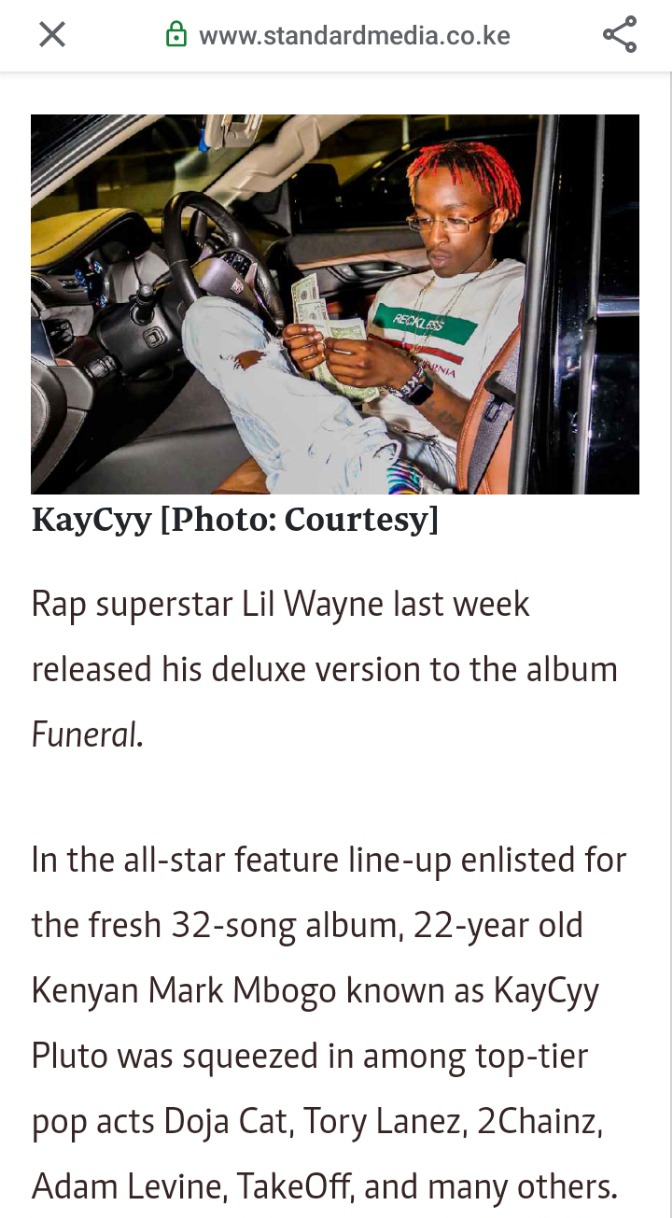 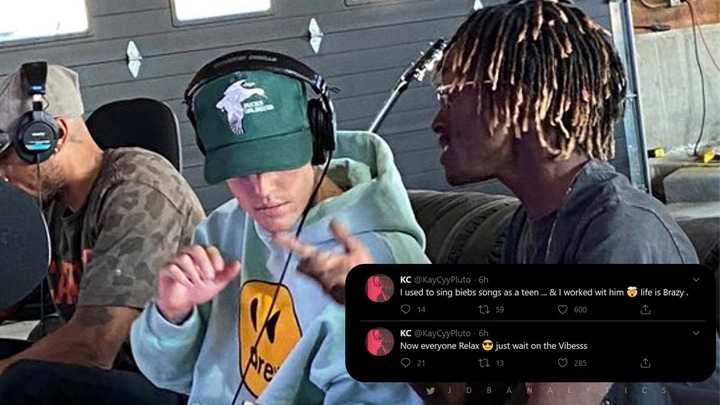 The 24 year-old revealed in an interview with Complex.com a few weeks ago during the listening-parties of Kanye's album, how he ended up meeting Kanye and his now close relationship with the superstar. He said that he met him through his friend and then manager Abou 'Bu' Thiam about two years ago and introduced him. Abou then went on to become Kanye's manager and onboarded Kaycyy whose vocals Kanye really liked. 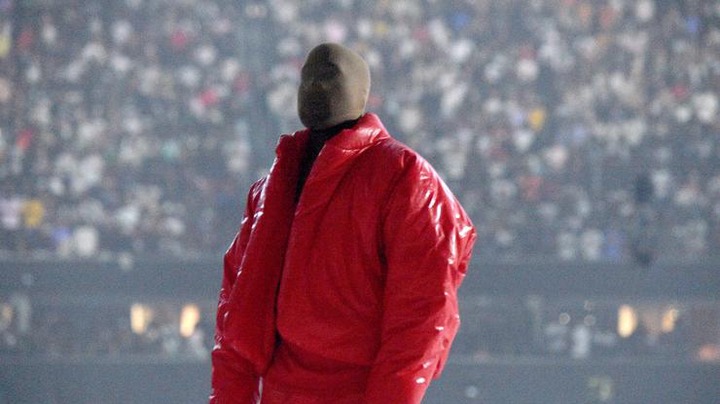 He has worked together with Kanye on his album for the past one and a half years as a songwriter and vocalist. He's now referred to as Kanye's latest protege due to their close relationship and mentoring Kanye has done for him. He is also working on his personal music solo and album called- Who is Kaycyy?

He intimated that moving to Minnesota at that young age helped him explore his artistic side and hooked up with friends who were also passionate about music.

Content created and supplied by: TheProff (via Opera News )