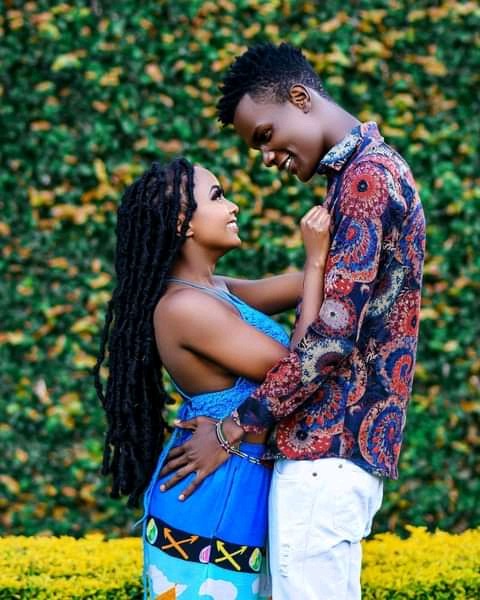 Popular actor of the defunct Machachari show that used to air on Citizen TV Tyler Kamau Mbaya alias Baha has been warned by the online community of an impending fallout between him and his girlfriend Georgina Njenga.

Netizens argued that the fate of the actors love life will be no different from that of other celebrities which always ended in a mess characterized by deletion of previously made social media posts.

The youthful actor never shys away from parading her girlfriend on social media to the envy of many. 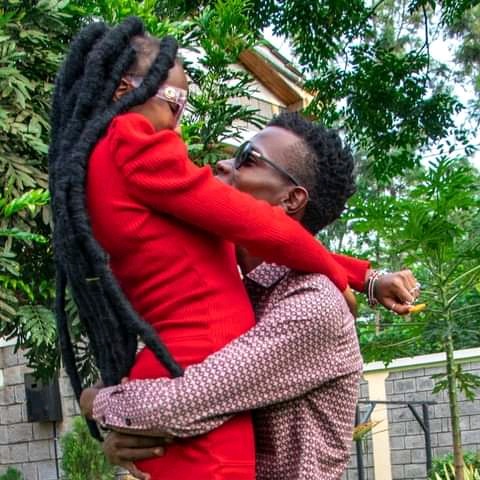 Baha who is barely two years after finishing his high school education is now a producer and a YouTuber who runs a channel where he posts short couple videos with his girlfriend.

Baha had to look for a new venture after the Machachari show ended in 2019 after streaming for over ten years following claims by Citizen TV that it had significantly lost viewership since it was a kids show and the characters outgrew it.

Dissolutioning reactions to Baha's display of love to his girlfriend were as follows; 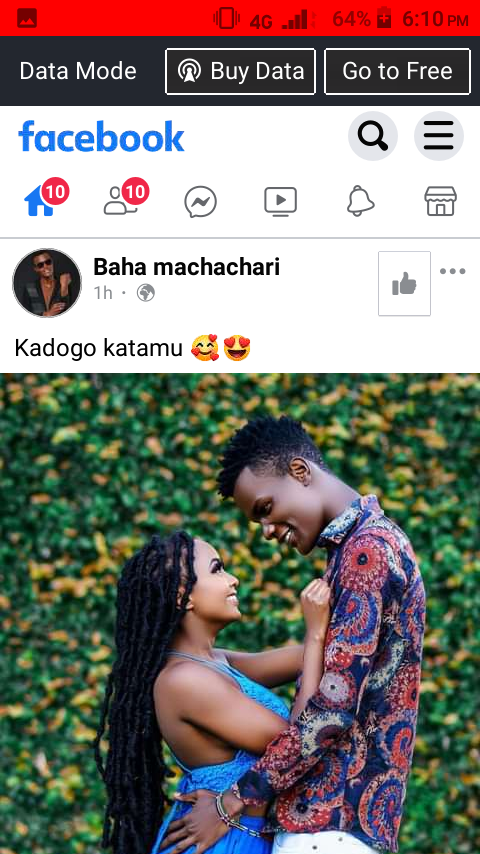 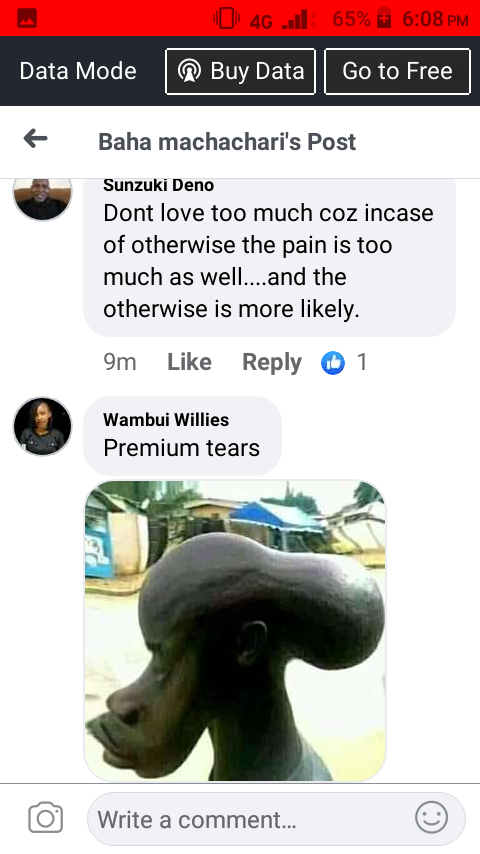 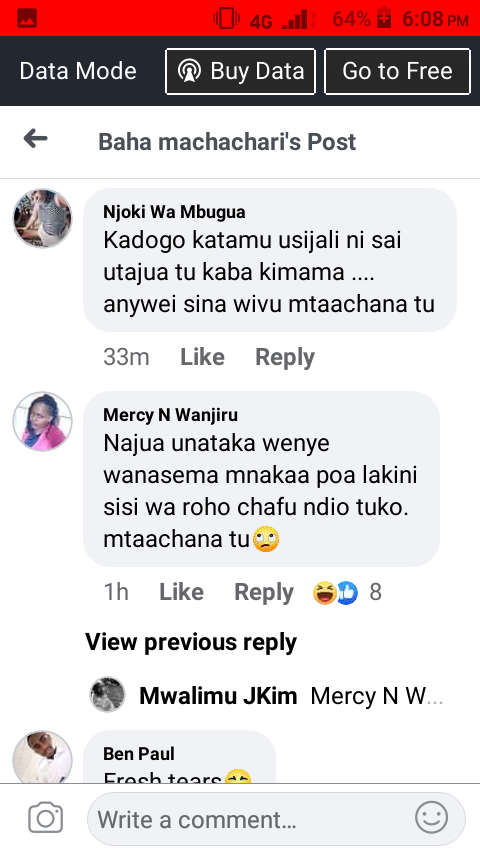 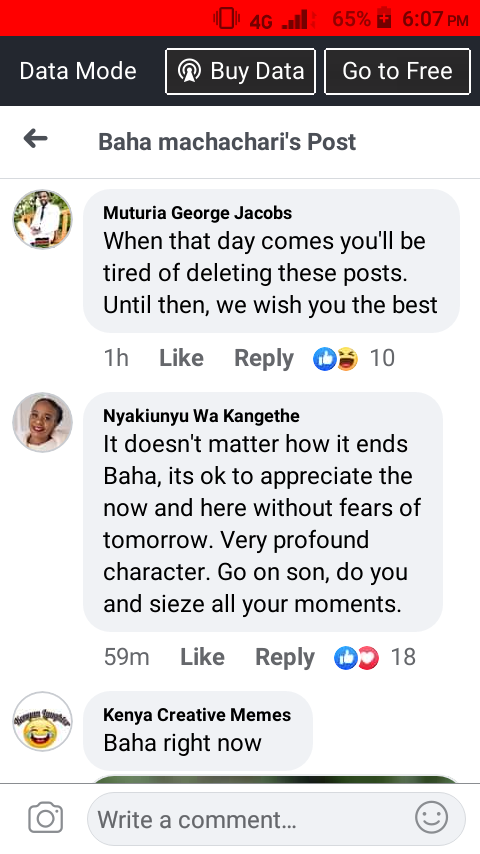 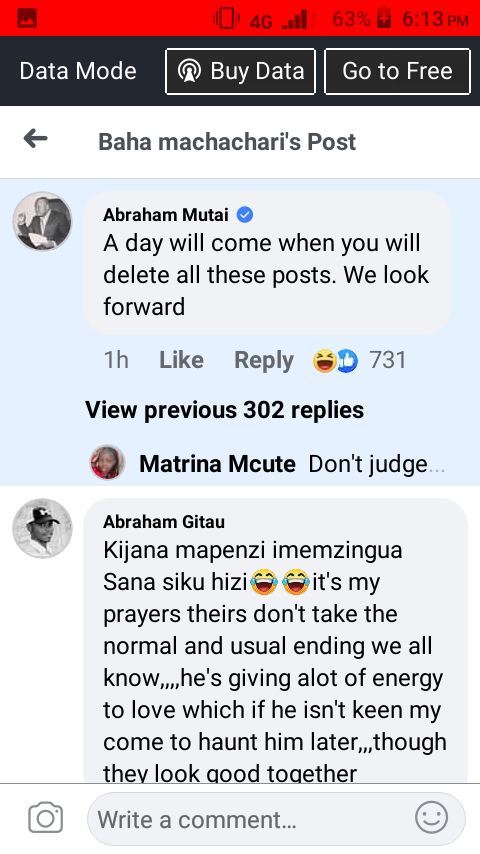