Former KTN journalist Fathiya Mohammed Nur has today revealed that she is back to the station, after working for 4 years at the British Broadcasting Corporation (BBC). 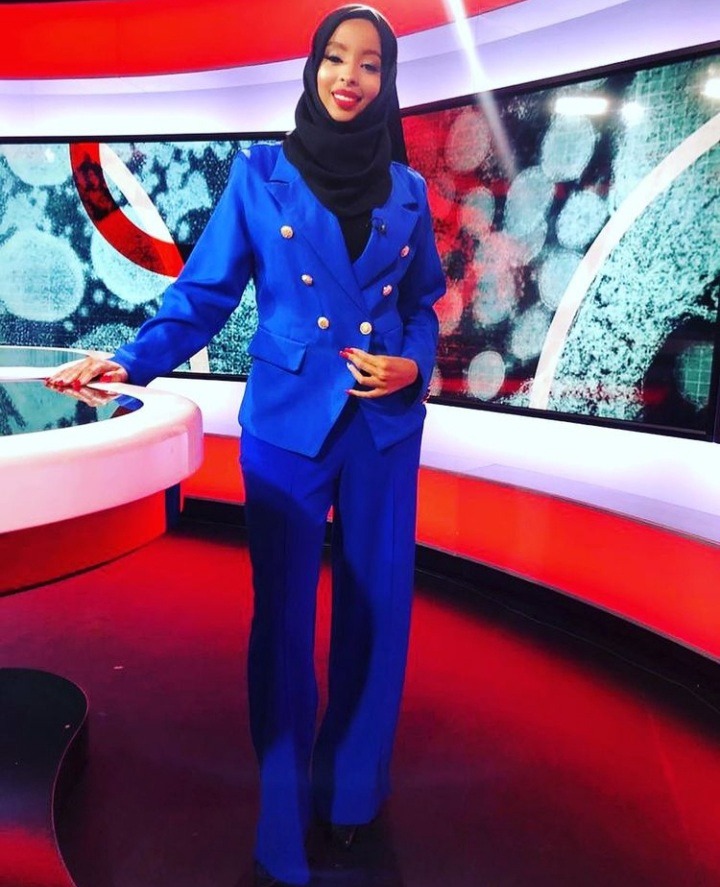 Taking to her insta stories, she infact posted a short video clip where she was at the Standard Group offices and accompanied it with a caption saying: 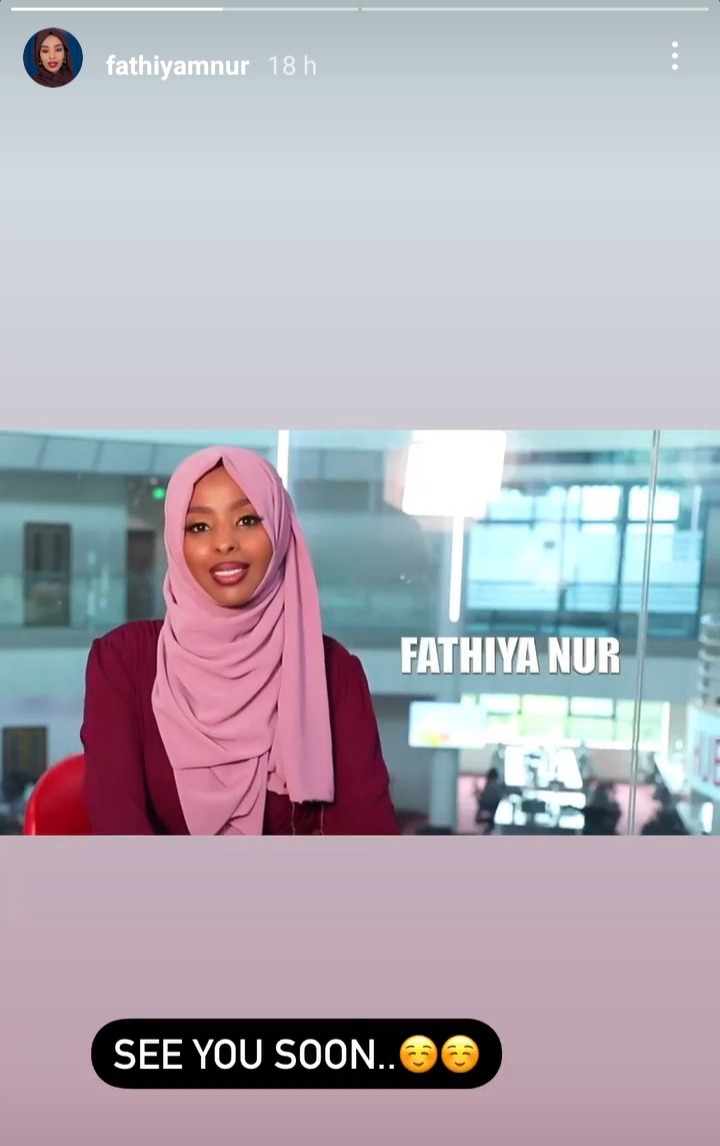 The beauty queen also further updated her Instagram bio, and it was clear that it now read "Ex-BBC Journalist" and News Anchor/Reporter @ktnnews". 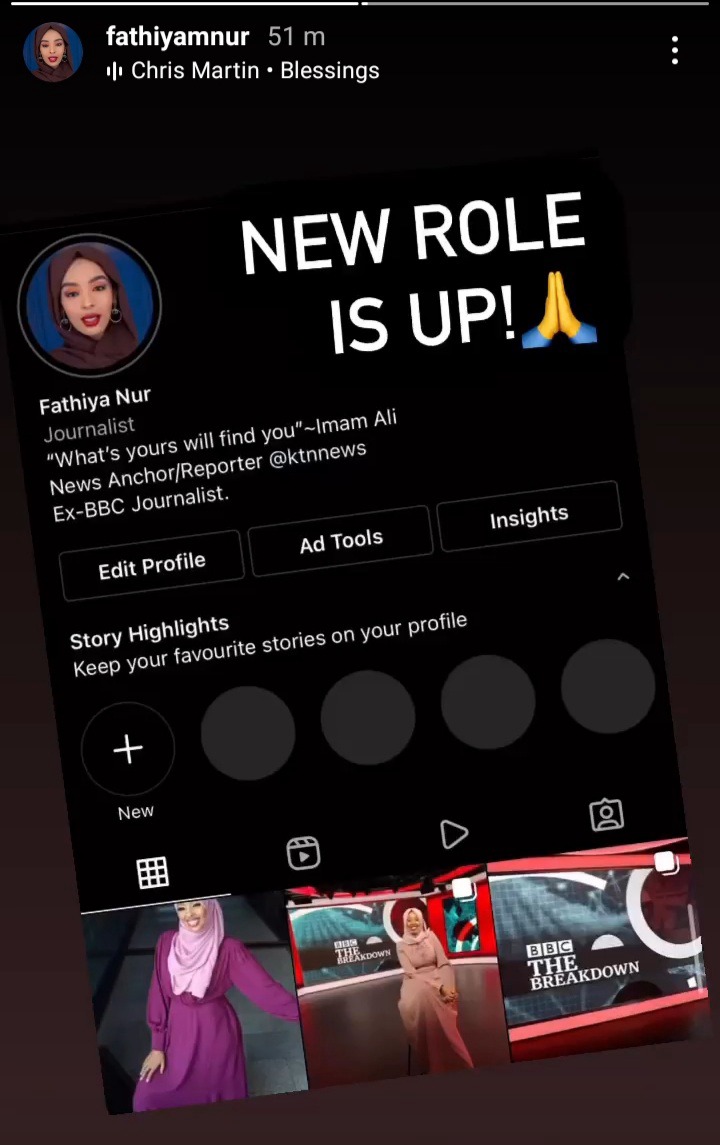 Even though some may not know, Fathiya Mohammed Nur actually called it quits with BBC on the 27th of May this year.

She used to host a show dubbed 'Breakdown' and also previously was part of the 'Fact Finder' show. 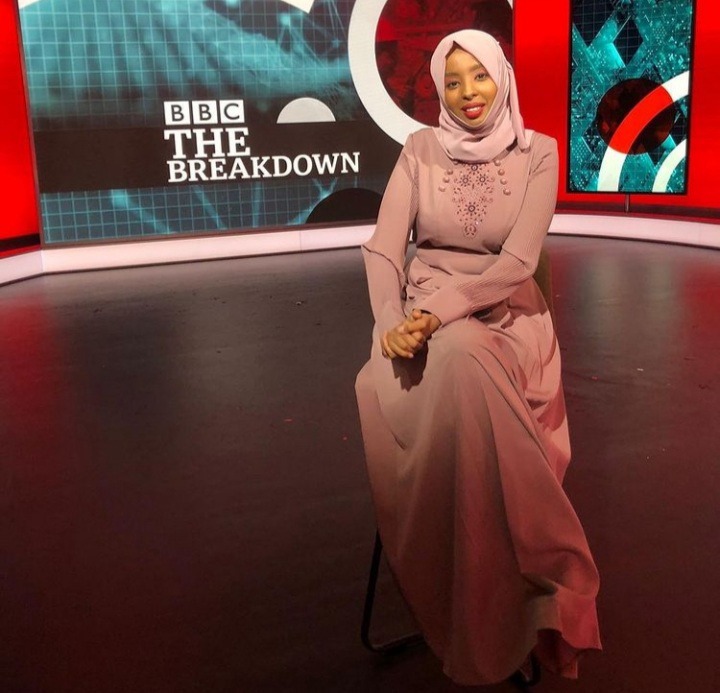 Taking to her Instagram account on that day, she made a post where she appreciated the giant media House for giving her an opportunity, and also her colleagues who worked with her.

"It's been a great four years at the BBC. I have learnt and grown so much. BBC has opened many doors for me and I'm always gonna be grateful, but for now time for a new challenge #Alhamdulillah.

Thank you all my BBC colleagues who have supported my growth since I joined in 2018.

To my breakdown team! OmG, we've been such a great family, I'm gonna miss you guys so much!!" She wrote.

As mentioned above, Fathiya Mohammed Nur used to work at KTN before moving to BBC. 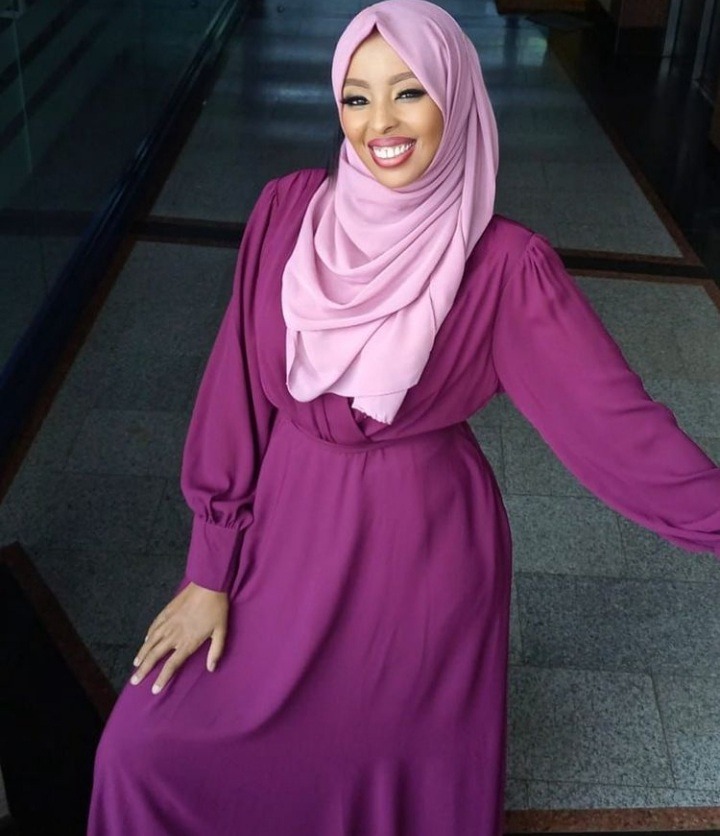 She infact left the Standard Group-owned station in August 2018, and at the time she was over the moon to move to the international media house.

She also thanked her workmate at the time Ali Manzu.

"To new beginnings! Alhamdulillah! What a blessing! It's been a great journey, grateful to all those who supported me but special thanks to Ali Manzu and Noah Otieno for their support and always pushing me to greater heights" she wrote". 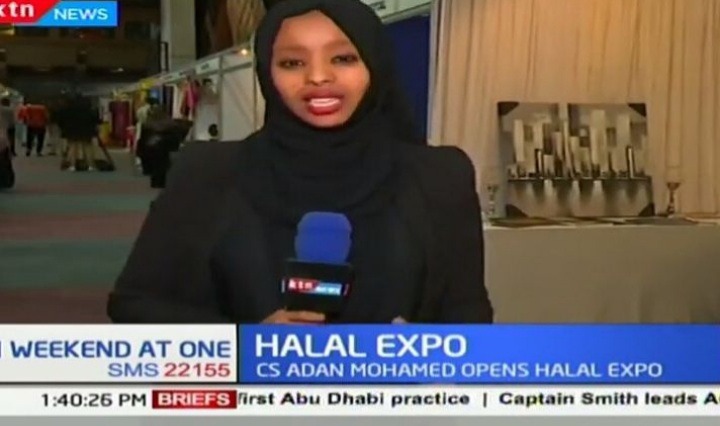 A previous photo of Fathiya Mohammed at KTN

Even though not much is known about Fathiya Mohammed Nur, she is an alumnus of the USIU.

She was involved in the reporting for the first Presidential Debate prior to the 2017 General Elections.

Hubby Committed Suicide During His Father's Burial. My Children Blame Me For It- Woman Says

"I Have More Money Than You Bro" Kamene Goro Tells Eric Omondi in an Online Fight, Fans React

Two ways to Mantain Your Black_White Shoes to Stay Nice