The Kenya Film and Classification Board has been embroiled in controversy for a while now as it has been known to ban artists as well as films that promote something that is against the values of Kenyans. 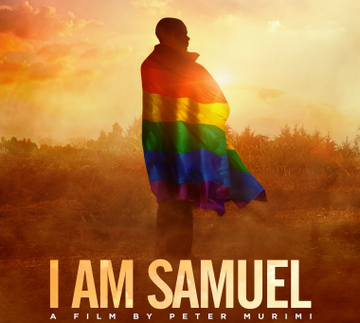 A few weeks ago, Eric Omondi's show, Wife Material Season Two was banned by the then boss Ezekiel Mutua who was fired from the institution.

This afternoon, the Kenya Films and Classification Board, has done it again by banning a Kenyan film titled I am Samuel that is made by Kenyan filmmaker Peter Murimi.

The movie is said to contain content that is not allowed in the Kenyan market that promotes something that is against the law.

The United States and most of the Western World has embraced the views expressed in the movie but it seems like Kenya is taking a while to catch on.

The film will not be broadcast in the Kenyan cinemas despite the hope of the filmmaker that it would be televised.

What do you think about this move by the Kenya Films and Classification Board? Do you support it or are against it? Let us know your thoughts and opinions in the comments section below.

Ahmednasir Alleges the Key Issue that Mudavadi will Address in his Speech, Send a Message to Raila