After releasing the 'Hera Nyalo Sandi' audio song that went viral on the internet, a song which was a cover song of Ugandan Eddy Kenzo, 'Tweyagele'.The audio was poor but the content in the music made it to go viral and trending in social media platforms. 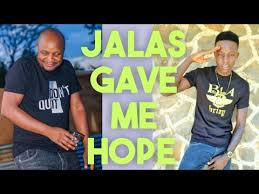 The trending of the song made it possible for the breakthrough of Brizy Annechild as popular comedian Jalang'o reached out to him through phone call and asked Briz what he wanted him to do for him. Brizy who couldn't believe it to be speaking with the famous Jalang'o only asked if he could meet him in person.

This conversation was later posted on YouTube and Briz's request was granted as the two later met and as a result, Jalang'o sponsored the new recording of the 'Hera Nyalo Sandi' song with a quality audio as well as its video. If you haven't watched the video song yet, check it out on YouTube. 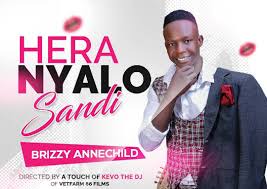 While this song is still trending, Brizy Annechild didn't stop there and has since released some few songs but the latest solo song again as hit the social media platforms with huge impact as this songs has been trending since its release. The song which is titled 'Ghetto loving' has good lyrics and good quality music which fans can't just stop embracing. 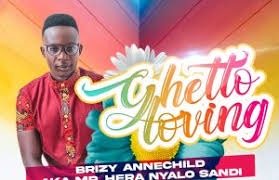 With this few songs, am certain to believe Brizy Annechild represents the many youths in the 'Ghetto' with good talents and has never got opportunity to showcase them. I am very hopeful that Brizy will continue this way and build a name for himself in the music industry and help other upcoming artists.

I'll be biased if I don't appreciate the personality of Jalang'o who assisted Brizy in this journey. Jalang'o has now done this for the second time after sponsoring the famous Otile Brown too financially to record his first song. He may have done many others but this two has just stand out and it's my plea for other people who are capable to help out reach the youths with the talents but are unfortunately financially.