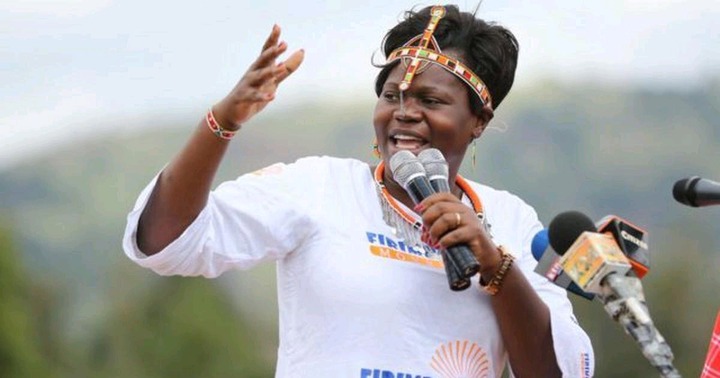 One of the most prominent women in positions of authority in the nation is Gladys Wanga. She is well-known not only because she is a close ally of Raila Odinga and a leading supporter of the ODM party, but she is also well-known because she is always vocal and extremely controversial in most situations. She is known for both of these things, but the former is what has brought her the most notoriety.

Gladys Wanga has been relatively quiet over the past few days and has been operating behind the scenes. However, today she finally broke her silence and made an announcement late at night in advance of the poll in August.

Gladys Wanga sent a message of gratitude to the people of Magunga through her official Twitter account, thanking them for the royal reception they gave her at her large rally earlier today. She then proceeded to make a vow to the people that they would walk together until they reached the point where they would rouse Homabay county from the slumber that it is currently in. 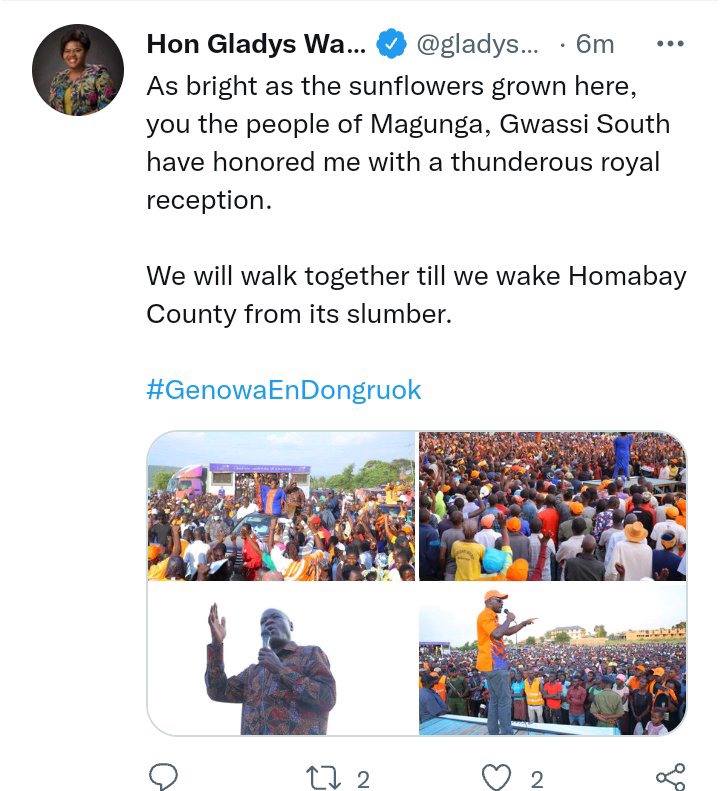 Certainly, that is a significant step forward in preparation for the poll in August; but, Wanga still faces the challenging task of defeating Evans Kidero in order to become the governor of Homabay county.

Update: List of Women elected as Governors in 2022 general elections.

Revealed: Here Are The Total Votes Kalonzo Musyoka Delivered To Raila Odinga In The 2022 Polls