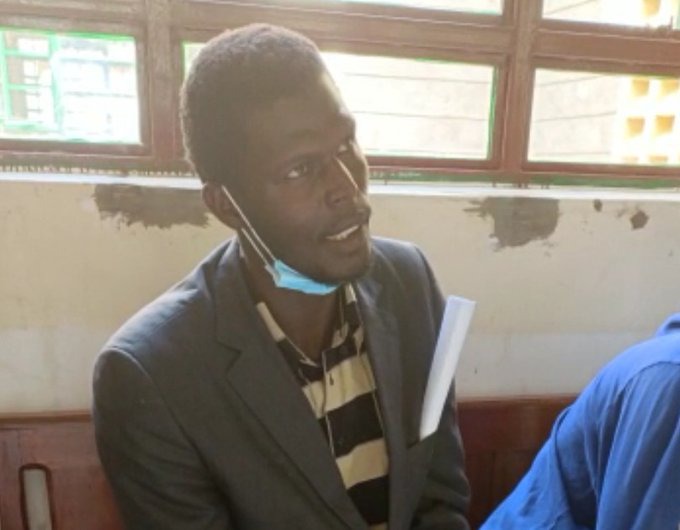 One of Kamiti prison escapes in the previous event

There was alot of tension in the country when the three terrorists escaped from Kamiti maximum prison. The security guards who were on duty that day were arrested and put in prison. President Kenyatta took a step and sacked the officer in charge of prisons.

After long time of hunting the three prison breakers, the police were able to re-arrest the terrorists in Kitui county. The residents of Kitui raised an alarm to the nearby police station after suspecting the victims. According to one trader who was reporting to the media, the three men looked tired, confused and lost. They were seeking a way to the neighbouring country.

After the arrest, they were aired back to the prison under tight security. They were put in prison to serve their terms. When interrogated by the intelligent police, the escapee stated that they were assisted to run away. One of the prison breakers has hinted that if given another chance, he will run away again.

'Bench Him, He Has Cost Us So Much' Chelsea Fans Get Furious After Last Night's Draw Vs Brighton

Super VIP Wednesday Accumulated Must Win And CS Purely Selected Matches With 84.21 Odds To Cash You