By Shellyochieng (self media writer) | 3 months ago 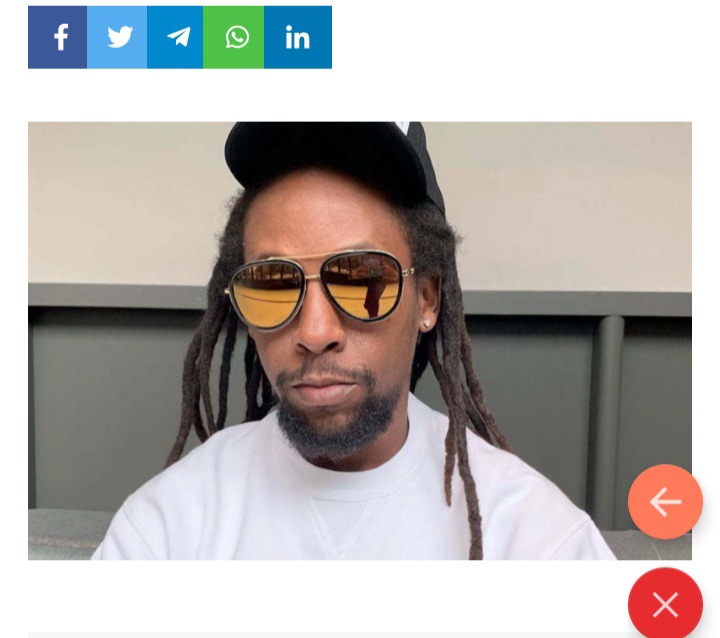 Jamaican musician Jah Cure could face up to eight years in prison for allegedly stabbing a promoter in Amsterdam, in October 2021.

According to the Amsterdam press, the prosecution recommended that Jah Cure, real name Siccature Alcock, be sentenced to 8 years in prison with “credit to time served.”

“The prosecutor has asked the court to convict the 43-year-old reggae singer for attempted murder, and that the suspect should be put away for eight years with credit for time served,” read the prosecution's report.

It is reported that during the hearing, Jah Cure told the judges to Google him after they did not identify him as a celebrity.

“I got stuck with Bob Marley,” the senior judge said during the hearing on Tuesday, and Jah Cure reportedly replied, “Then you should Google my name that would surprise you.”

The prosecution argued that the incident ensued when the reggae singer and the promoter, known as Nicardo Blake, had agreed to a payment of approximately Ksh.600,000 ($5000 Euros) which was not delivered.

The prosecution then revealed a series of threatening texts that were sent to the promoter.

The victim received a 'deep' stab and had to undergo a major procedure, said the prosecution.

Amsterdam media outlets reported that the reggae musician also admitted to carrying a knife which would be used to “loose promotional material” at his concert.

The Jamaican-born singer claimed that he had acted in self-defense because he was afraid.

“He is a real criminal. If I had waited a minute, it would have been me,” said Jah Cure.

According to the prosecution, the crime, which was committed in broad daylight, could cause an uncertainty of security.

“These are grave crimes that not only have consequences for the personal integrity of the victim but also severely shaken the legal order,” the prosecutor said.

“Because the victim is stabbed in broad daylight and in the busy city center of Amsterdam. It evokes feelings of unsafety among the general public.”

Jah Cure has been in a Netherlands jail since October last year after he was charged with attempted murder.

Jah Cure's verdict has been set for March 22, according to Franklin Wattimena, press officer of the Netherlands Public Prosecution.

Content created and supplied by: Shellyochieng (via Opera News )