Nairobi" Wash Wash" Business Exposed, How Celebrities Kill To Get Millions With Police Doing Nothing 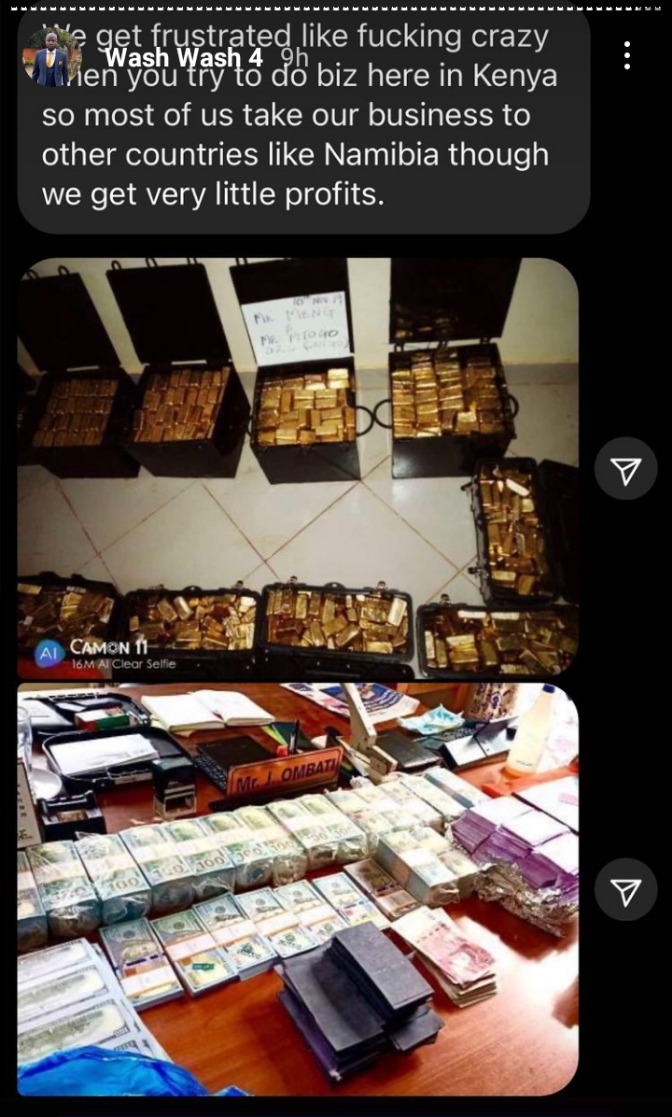 A clear picture of how several celebrities came from humble homes to flaunting flashy lifestyles has been exposed today on Instagram by Edgar Obare.

Basically, the "wash wash" businesses refers to illegal activities which these celebrities do to get millions.

It has been reported that these celebrities involve themselves in international money laundering activities and rob millions from business people.

Some of them secretly sell fake gold for high amount of money to foreign countries. Other celebrities have the money making machines in their houses where by they make fake cash.

Apparently they have devised a way of making their fake money not easily recognized even by detectors.

The only deference of their cash is that they lack serial numbers which real notes have. The few celebrities who do this job have been exposed for flaunting mansions, expensive cars and they travel in private jets.

Chris Obure who is a master mind of this game was exposed for owning several guns. He goes around threatening people even in public places.

It has been reported that he has several pending cases of misusing his gun and basically police officers do nothing about it. In an interview, one victim said Chris threatened to shoot him claiming he owns Nairobi and no officer can do him anything.

It has been reported that Chris' gun was used to kill one of their friends called Kevin in Kilimani. This was after they noticed he was having secret plans without informing their squad.

They eliminated him to get access in his millions. It has also been reported that to avoid being arrested for holding and depositing huge amounts of money, these celebrities invest in entertainment, parlors and pub business partnering with well know politicians and socialites.

Elsa Majimbo Spotted at a Kenyan Night Club, 7 Months After Saying Kenya Isn't Safe For Her

Nollywood Actresses Who Are Very Old And Still Single