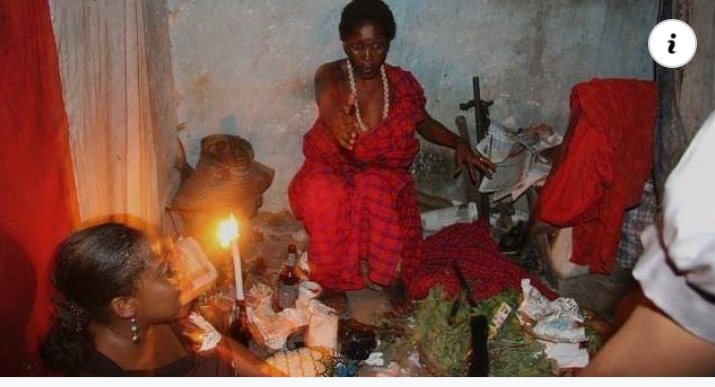 Dramatic scene ensured in a village in Kakamega After a business man become broke mysteriously after Ex girlfriend reportedly sought the witch doctors Charm to bring down her former lover.

According to the report,a high profile bussines man from Kakamega was reduced to rags,after his ex girlfriend visited a witch doctor to bring him down after dumping her.

The man is said to have dumped the ex girlfriend and reunited with his wife whom he separated with many years ago before the calamity befell him.

Feeling heartbroken,the former girlfriend visited a witch doctor from unknown place,who reduced the man to zero after using a charm on him.

Narrating the sad incident,the troubled man revealed that he flourished in bussines and after dumping her ex girlfriend,he become broke like a church mouse.

He researched on the cause of her misfortunes,and extablished that the ex girlfriend had used a witch doctors Charm to bring him down. 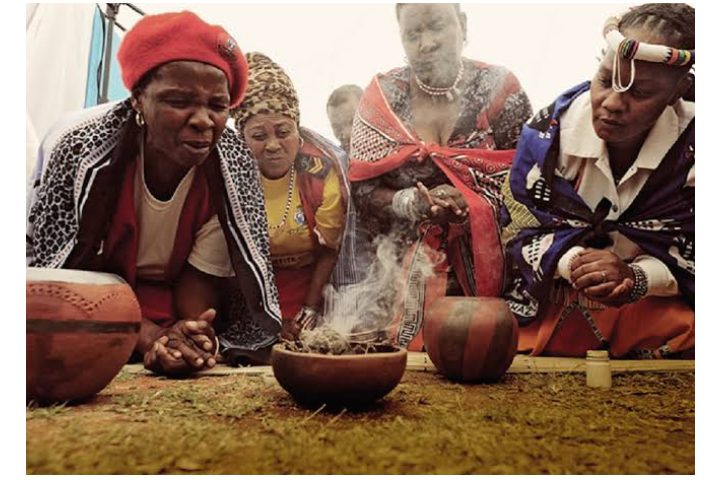 He Confronted the the Ex ,who boldly revealed that she was behind her misfortunes and promised to ensure that he doesn't prosper in life. 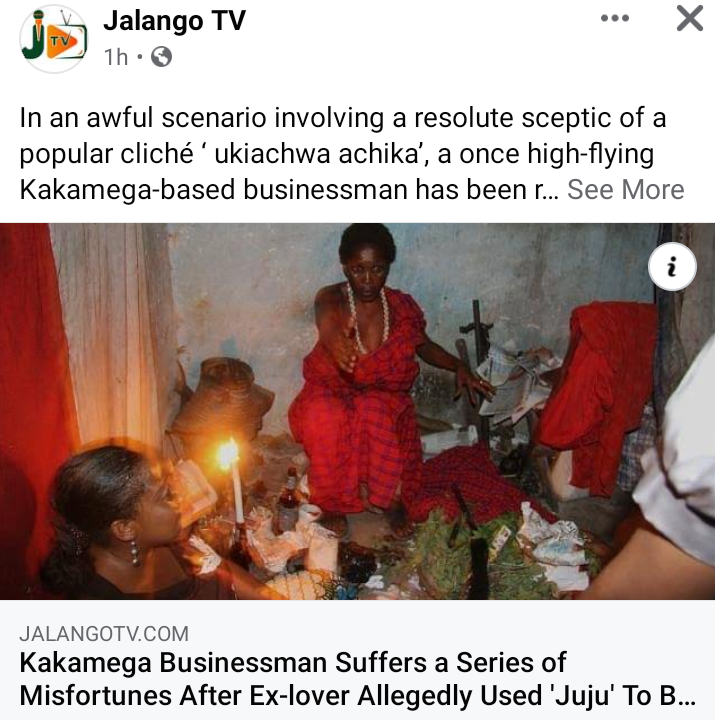