Reasons Why Queen Elizabeth's Coffin Was Crafted At Least 32 Years Ago. 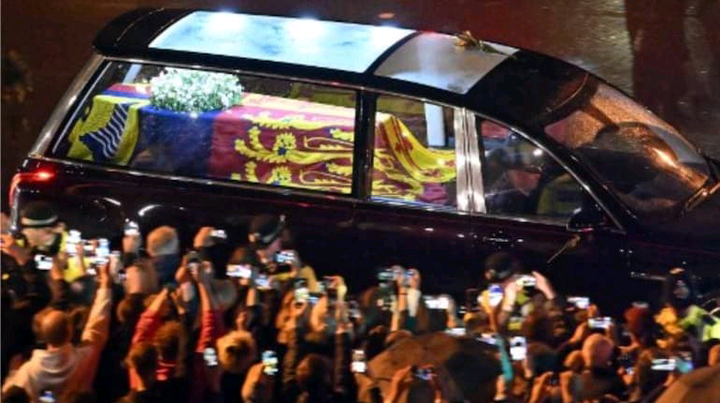 The casket for Queen Elizabeth II, which will remain in London until her funeral on Monday, was made at least 32 years ago, according to reports.

It is lined with lead, a royal practice to help preserve the body for longer after burial in a crypt, and is made of English oak, which is becoming increasingly rare these days since most wooden caskets are now produced from American oak, as The Times noted.

According to legend, lead seals the casket, preventing moisture from entering but adding greatly to its weight. The moving of Queen Elizabeth's casket requires eight pallbearers.

According to Leverton & Sons, who have served as the royal family's London funeral directors since 1991, they inherited the coffins at that time and are unsure of their previous creators.

The product is produced from English oak, which is exceedingly difficult to get, according to Andrew Leverton, the owner of the business.

"We couldn't utilize American oak for a coffin right now, in my opinion. The price would be prohibitive."

Here are some more distinctive aspects of the coffin:

Its lid has been specifically made to securely contain priceless fittings.

The Imperial State Crown, orb and sceptre representing various facets of the sovereign's powers will be present at the lying in state and funeral.

The brass handles on the coffin, which are likewise custom-made for royal caskets, are reportedly made by a company in Birmingham, a city in central England.

Leverton said, "It is not something you can just make in a day.