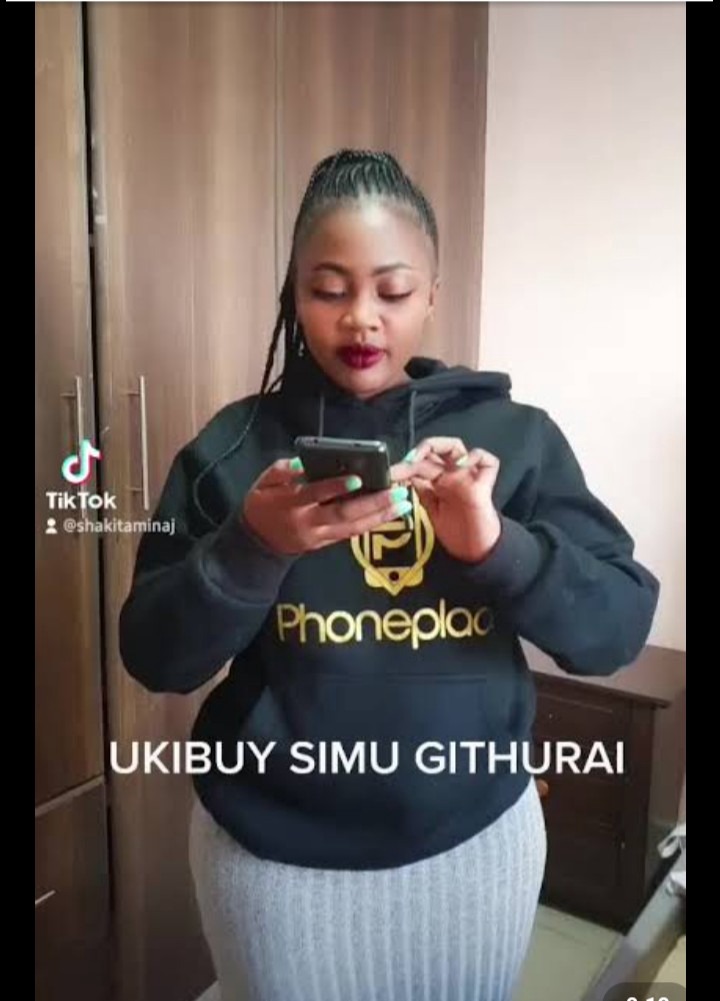 His singing career started many years ago. Luckily people came to know him well after his music got a good air play. People believed in him so much. His music is full of good content, quality videos and nice tunes.

One of his songs that got a good airplay was a song called Mumbi. The song was all about a girl who was from the village. Later after moving in the urban areas, she changed her behivour, way of doing things. She was also taken away by earthly pleasures.

Mumbi is the video vixen in the song. She attributes her character very well. Samidoh sent her all the money that was needed for the dancing attires. Samidoh gave her only three days for preparation. Mumbi tells that Samidoh believed at the cost that she gave him. He even paid her handsomely. 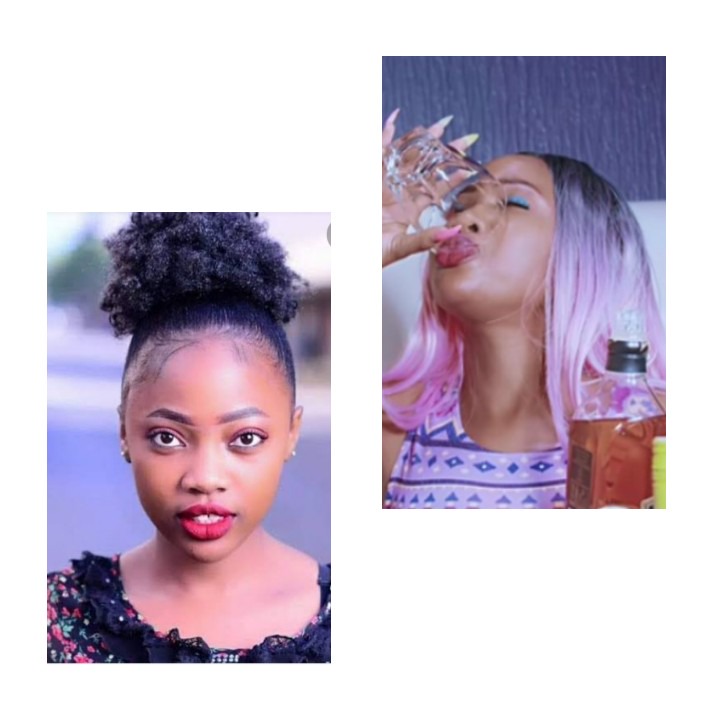 For Mumbi she says it was just business. She adds that they respect each other very much. "For me i was doing my job. For those that say we have an affair, keep talking. Both of us know that we are innocent." She adds.

Mumbi tells that Samidoh is a strong man. Even Karen Nyamu can never bring him down. He is a hard working man who loves his family. Fortunately Mumbi would love to work together again with him. Fortunately Samidoh only calls her when they are going to perform. Mumbi adds that Samidoh have never call her for a drink or anything else.

During Samidoh's birthday Mumbi gifted him with a brand new guitar. "Samidoh got emotional where he even cried. For one he didn't expect my gift. Secondly he never thought i would surprise him when he was performing. Thirdly i was the first vixen to surprise him on stage." She explains. 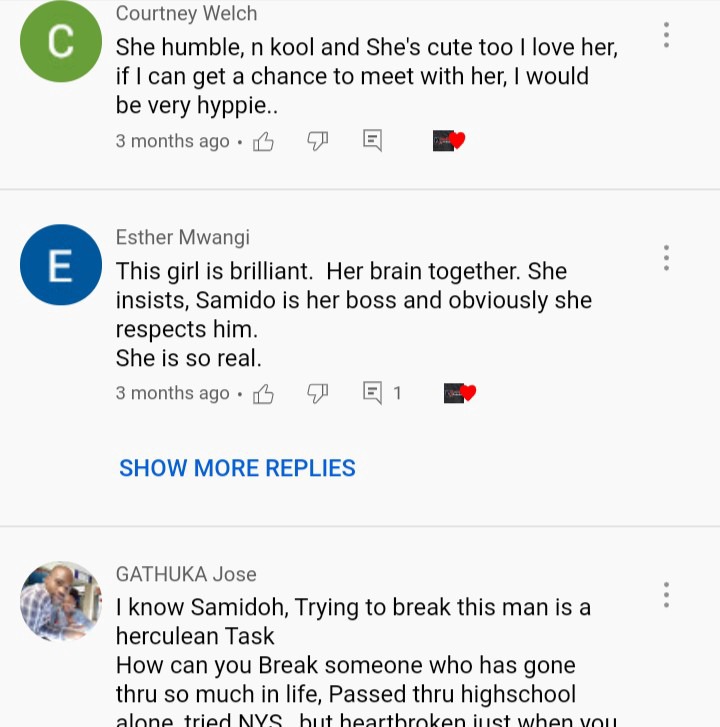 About the alleged story of Karen and Samidoh, Mumbi says that his fans judged him wrongly. She adds that whatever do, you make the best decision in your life. Because of his fame he is sorrounded by many people either with good intentions or bad. Samidoh also did the right thing by apologizing to his family and fans.

When asked what she thinks about Samidoh and Karen alleged affair, she never commented anything. She said it was their issue not her issue. Unfortunately she never answered the question. She adds that she never interferes with the private life of her boss.

When asked if she takes alcohol she answered yes. Unfortunately she can never date older men. So in the video it was just acting.

Luckily many people liked the song even though there was language barrier. The tune is sweet. 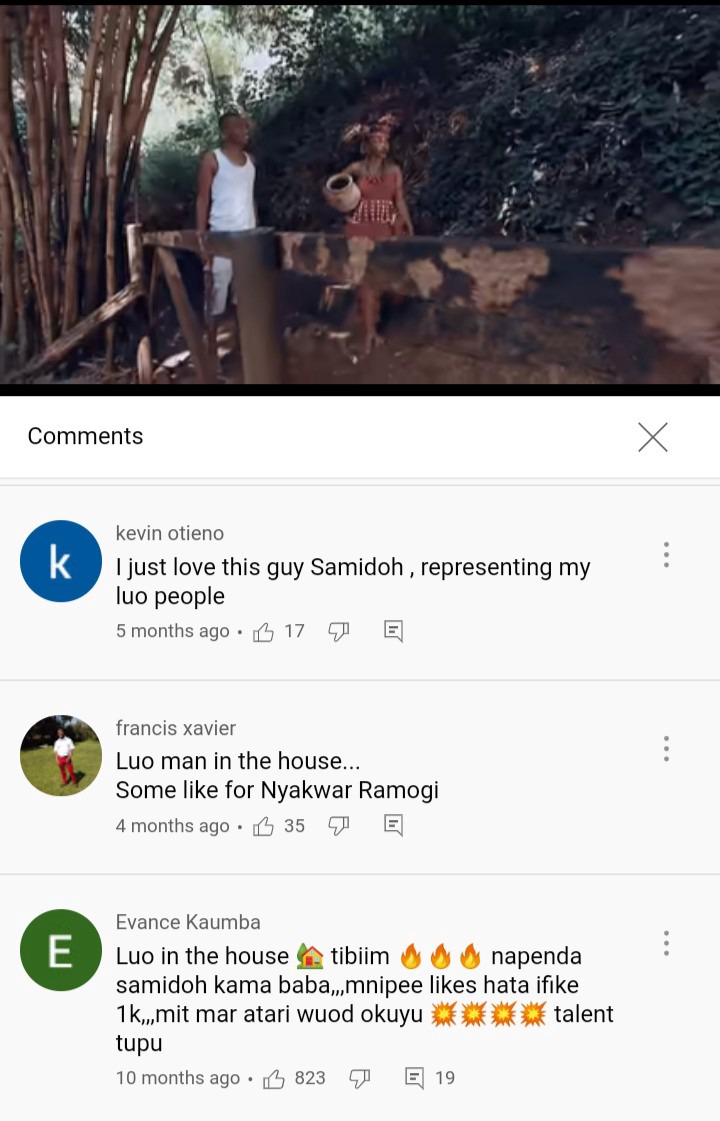 1. Low payments from their bosses.

2. Some people tend to take advantage of them. At times people think how they act in a video is how they are.

3. Lack of capital for their dress code and make up.

4. Some bosses are very choosy.

5. Many people never treat them with dignity.

Some of the comments 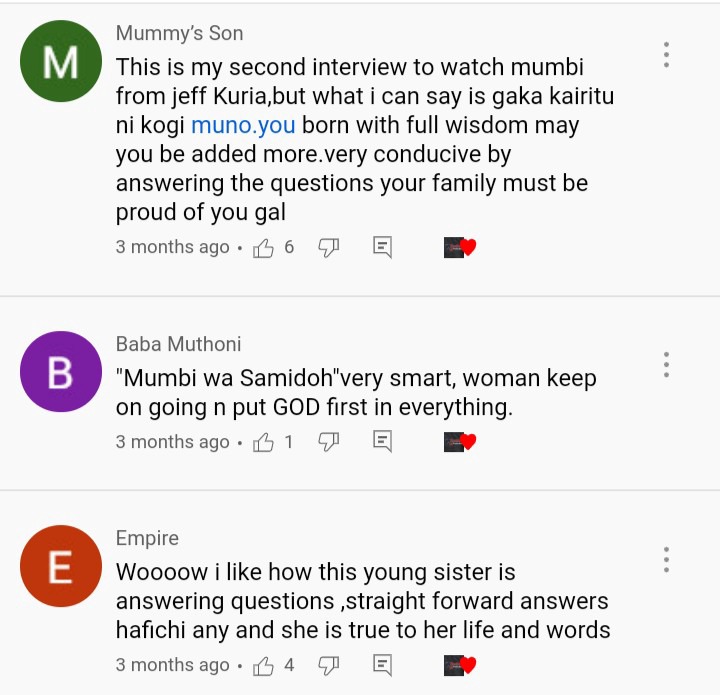