The Mathare parliamentary seat will be a battle ground for the current top gospel singer turned politician, Kevin Kioko Bahati to showcase his passion beyond music. Bahati is contesting the Mathare parliamentary seat on a Jubilee ticket which was controversially given to him after being initially denied the ticket. He will be vying against ODM's Oluoch in a place known to be historically an ODM zone. The artist shared a photo with Azimio's deputy presidential candidate, Martha Karua while attending a rally in Mathare to popularize his candidature. 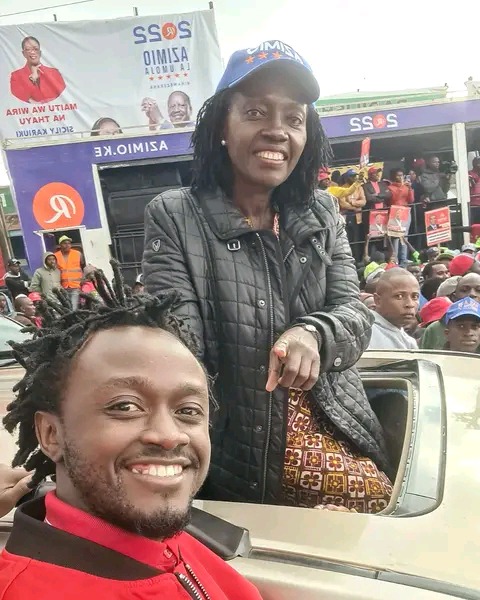 Martha Karua attended a rally shortly after her national prayer day attendance alongside President Uhuru Kenyatta and deputy President William Ruto. On the photo that has been seen by thousands of Bahati's fan, he claimed that Martha Karua is the incoming deputy President alongside him as the Mathare member of parliament. Kenyans reacted to the photo urging Bahati to work closely with Martha karua for his success as he will never miss the right way while being politically under Martha karua. 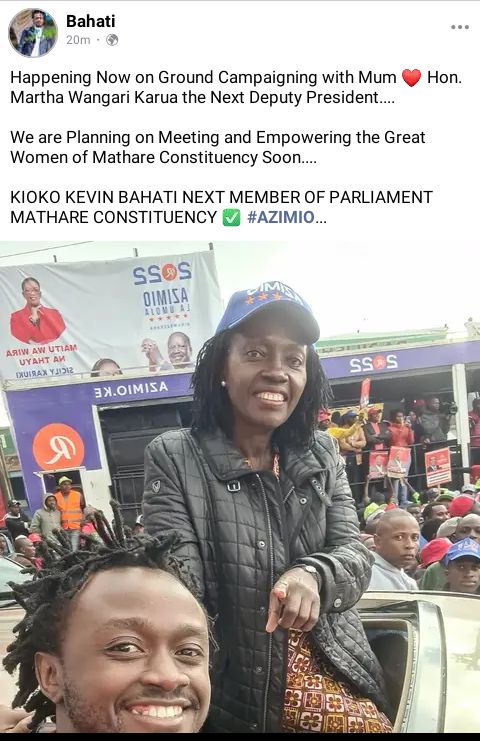 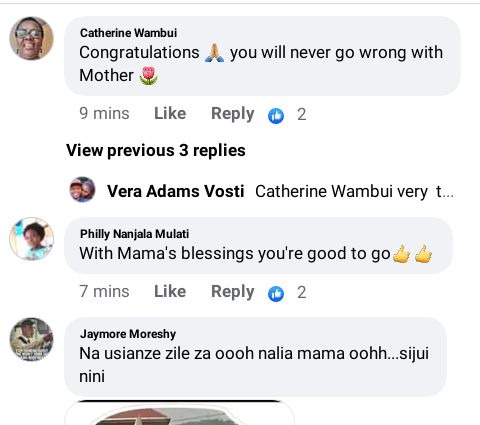 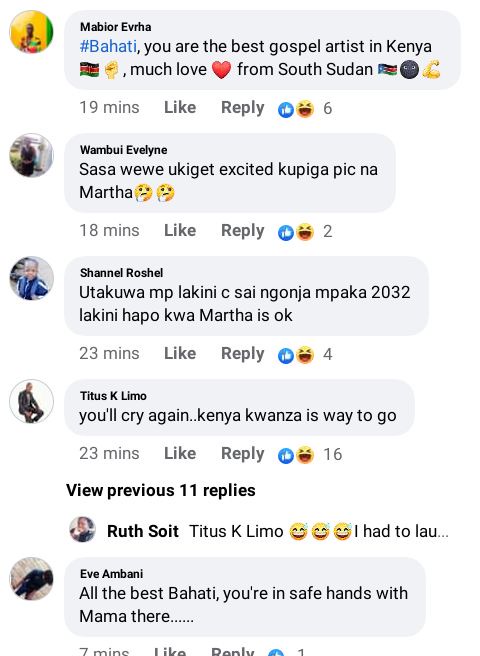 "RIP Mum, God Is Watching" Son Says Tearfully After His Mother Is Raped And Brutally Killed