By sunanswers (self media writer) | 2 months ago 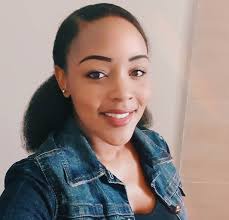 Joey Muthengi was a household name sometimes 3 years ago before she decided to quit the 10 over 10 show that she was hosting with popular journalist, now become businessman and Artist, Willis Raburu. For some time, the duo became unstoppable and unbreakable because of their vibe on the much-liked 10 over 10 show on Fridays on Citizen Tv, the popular Tv channel in the country.

The popular and loved Joey Muthengi, is joining KTN Home the media giant which is owned by the Standard Group and also owned by Gideon Moi, the son of the former president Daniel Arap Moi. She will be featuring a show called The Skin Therapy Show which focuses on healthy living and lifestyle.

The show will be airing live on Tv on Sundays at 4.30 pm EAT. While advertising the show, Joey said, '' Join us as we give you health and grooming tips that will have you living your best life, don't miss out,''

She had left Citizen Tv in November 2018 when she broke down to tears on live Tv during a live segment that was being aired at that time. She went on a break on social media and after some time she came out and said that she had toxic bosses which led her to depression . The media personality was in a very bad state of mind that influenced her eating behavior making her lose a lot of body weight.

Joey was very close with Willis Raburu, she thanked him after coming out and said that Willis was always there for her when she needed him the most. KTN Home had early revealed plans to repackage the show to have more appeal to its viewers. ''To our wonderful audience and partners, the SkinTherapy Show, we are repackaging the show for more engaging, informative, and interesting content. '' the media giant stated.

Content created and supplied by: sunanswers (via Opera News )

People Reveal Some Of The Lessons They Ought To Have Known Before Getting Into Marriage.

Martha Karua: Raila Odinga And I Will Rescue Our Nation As We Are In A Bad Place