By MarkoMaloba (self media writer) | 3 months ago 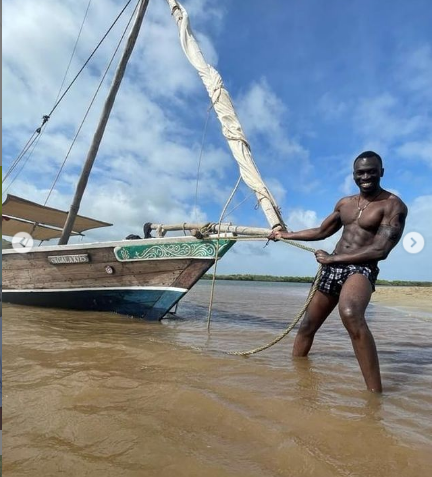 He said he did not expect the kind of reactions from the photo which celebrated CNN, Kenyan-born Journalist Larry Madowo took when they were out having fun in Lamu.

"I was just pulling the dhow and Larry took the photo. I did not expect it to go viral and just posted it among other photos of us having fun time," said Ombija.

He confirmed that he spends between three and four days in the gym working out as a hobby and that his body stature was not something he thought would generate such a big conversation online, with ladies specifically going to the extent of asking his hand in marriage.

"I workout between three and four days every week. I am one GB (small bodied) and therefore it is easy attaining a six pack," said Ombija. 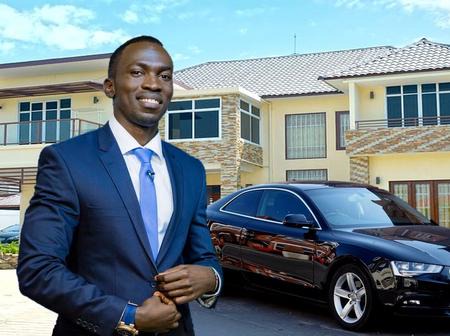 He went ahead to confirm that the photo saw many women getting into his inbox with compliments with some asking that he becomes their man. Photo: Trevor Ombija.

"My DM is intense after the Lamu photo. I do fitness as a hobby. People sent messages asking to be my girlfriend or take me out for dinner but I just take it as appreciation. It came out to me that these were people who were only appreciating what they see because nowadays people are bold and speak their mind unlike in past days. I took the compliments and responded to as much as I could but did not take it beyond that," Ombija said during an interview on the sides of Alfred Mutua's birthday party at Ole Sereni.

The news anchor was however perplexed that some of the fans went to the extreme of sending him photos of their nakedness.

"It's extreme, people sent nudes. I received them but never responded to that because it is so much out of the way. That should not be encouraged," Ombija said.

Gov Oparanya Exposes How ODM Went Silent After He Paid Ksh 1M To Run For Presidency Under ODM.