Regina Daniels is a Nigerian actress and a producer. The 19 year old has amazing acting skills that has made her growth in this industry to be tremendous. The beautiful mother of one is truly a forcw to reckon with. She was born on the 10th of October in the year 2000.

See How Regina Daniels Childhood Has Influenced Her Career

Regina Daniels is the fifth born in a family of six children. She is the daughter of Eita Daniels who is also an actress. Truly Regina has followed in the footsteps of her mother. Little is known about her father and they don' t talk about in their interviews. 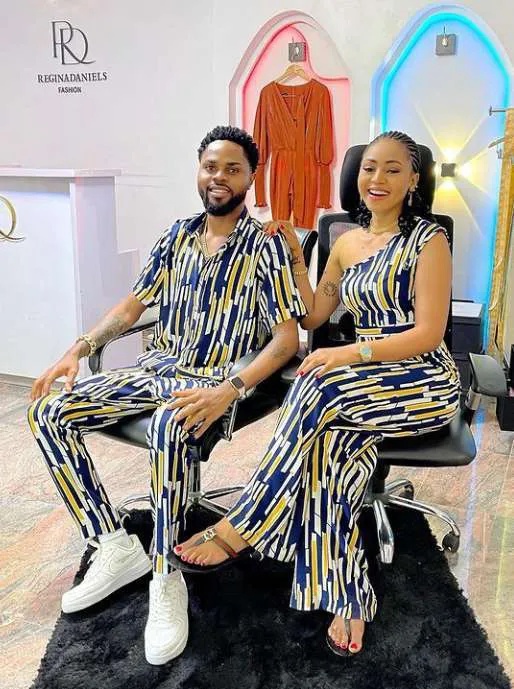 Regina attended the Asaba based institution which is a Hollywood International school for her primary and secondary school. Thia clearly shows how she can handle so well her acting career. Acclrsing to her mother, Rita Daniels, was an excellent student who combined both her education and acting skills which clearly came out so well. After finishing and graduating from her school, she joined the Igbinedion University in Benin where she studied Mass communication. 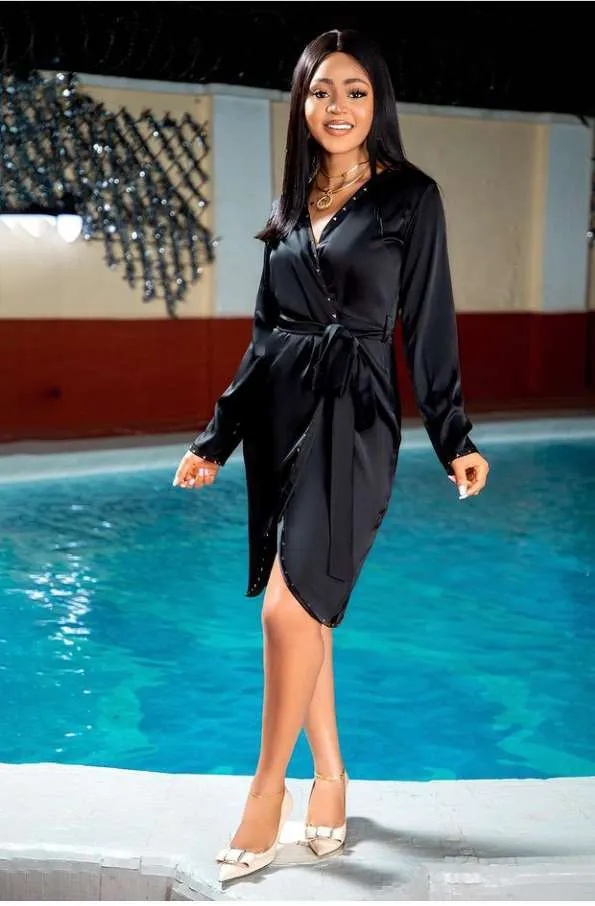 This Is How Regina Daniel Easily Rose To Fame

Regina Daniels started her acting career when she was only ten years old. She played a lead role in ' Miracle Child' and this is how people started to know her. She acted alongside big household names, Mercy Johnson and Ini Edo. She has since then played different roles in dinferent movies. She has featured in over 50 Nollywood movies. 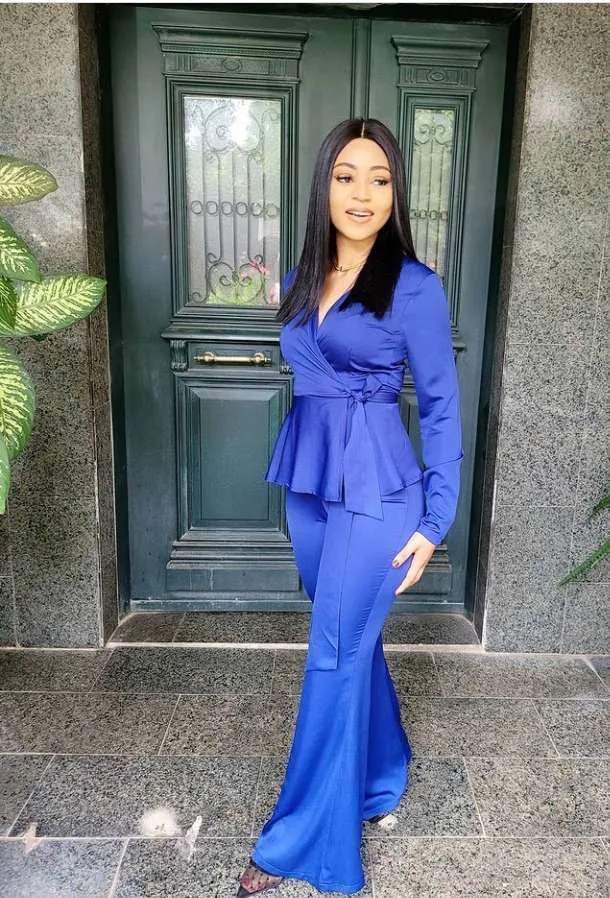 According to her, her mother has been her greatest in terms of her career. She is truly a phenomenomal woman. She rose to fame very fast. She is hardworking and not choosy when it comes to her acting career. She is among few actors who have maintained their career ever since childhood. She has proven to be a force to reckon with and we hope to see more of her in the future. We wish her the very best in her acting career. 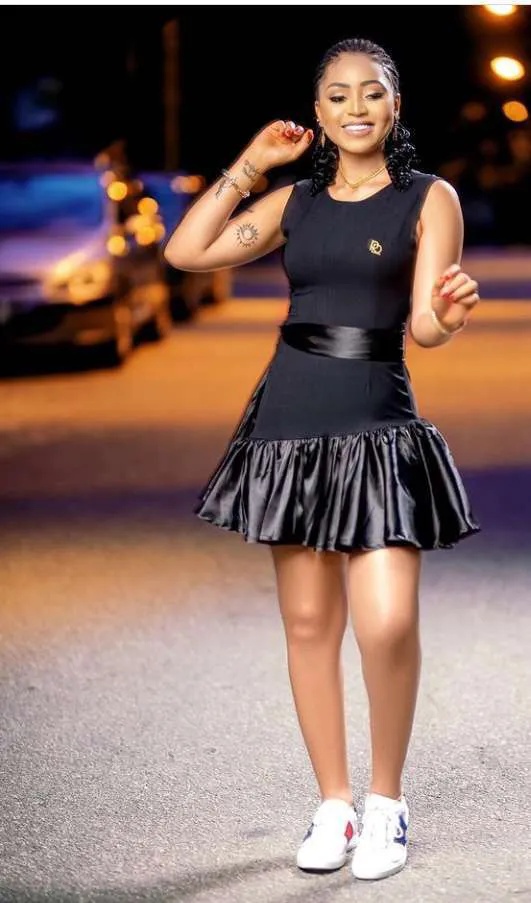 See Who Regina Daniels Is Married To

The very beautiful woman is married to a very rich man. The billionaire who is known as Oga Nwoko is indeed a very lucky man. He really speaks highly of his wife. According to him he does not need to date somwonw for long before marrying them. He met her and fell in love with her. Three weeks later their wedding was set to take place. Dueing an interview he said that, " I meet her and I like her. We marry within three weeks. 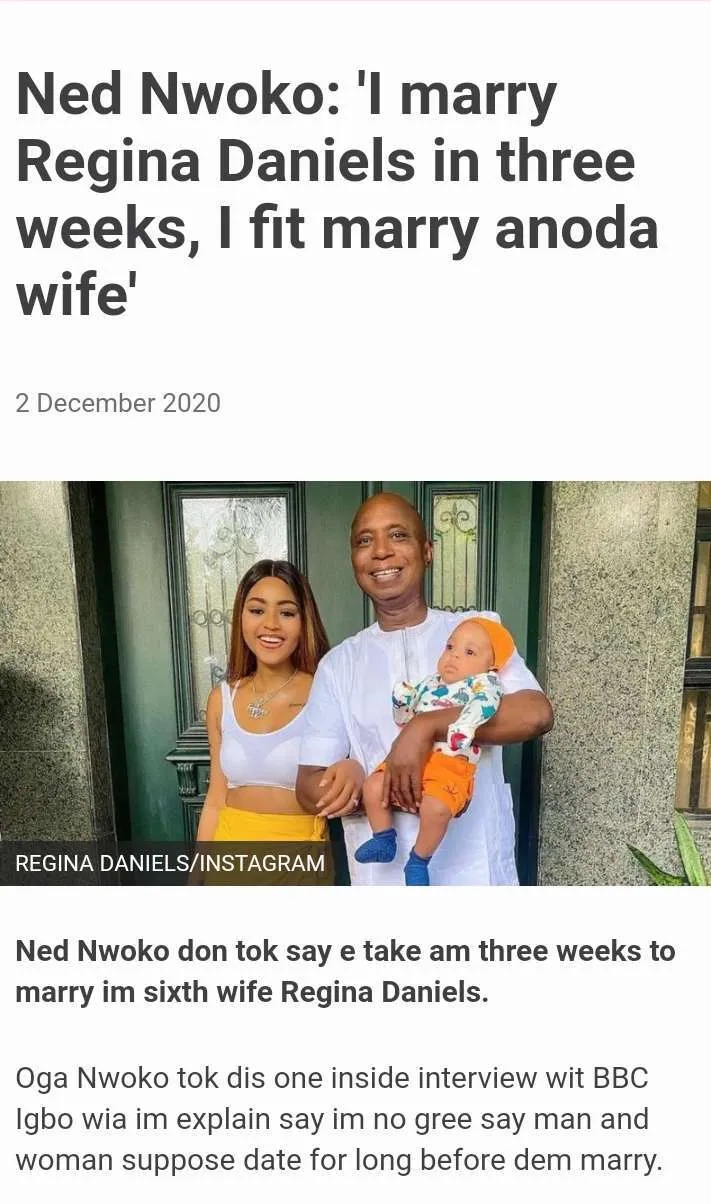 I marry all my wives within the same period. I no believe in dating anybody to marry them. No date anybody you wan marry. Wen you marry them, you go begin fall in love within di marriage. Even for my culture, as e be wen I be pikin for di 60s, pipo no dey date. Whether I marry anoda wife or not, she (Regina) know say e fit happen. I come from very polygamous environment. I love pikin dem so I want more pikin. She know dis one and my oda wives know so we go see wetin go happen for future" , Nwoko explain. " According to the man marrying more than one wife helps reduce the rate of prostitution. 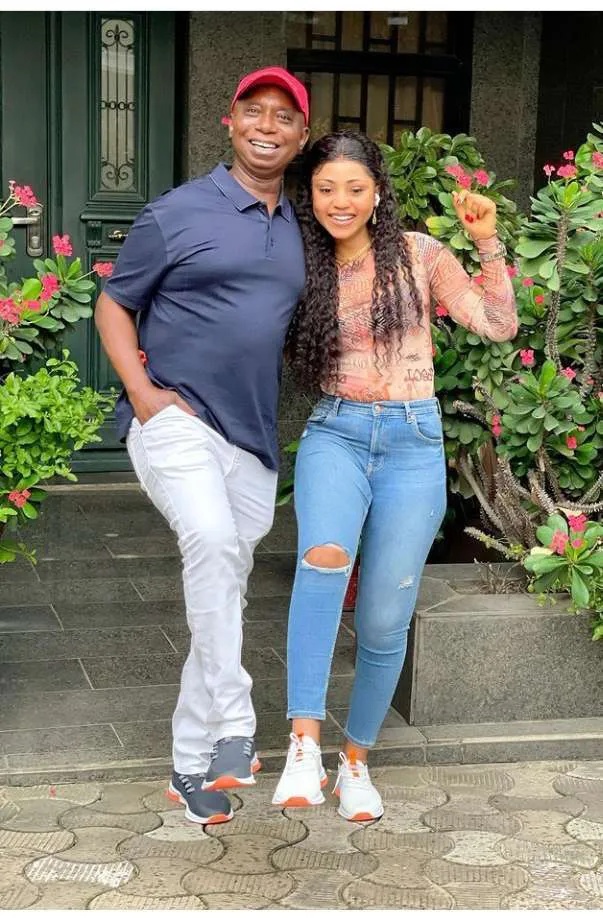 He says that it is good for one to have two or more wives. When talking about polygamous life he said that, " The average Northerner marrying two, three, four women, they are helping the society because it is the economic downturn that has affected so many women who you see doing prostitution and all that. But the fallacy of it all is that Christianity does not allow that in the South and yet, the average Southern man has 10 girlfriends But even looking at that, look at your population in Nigeria and what I will call economy of marriage, as an Igbo man with one wife, four children, a Northerner has four wives with five children each, in the next 10 years, 20 years, imagine the population of the Northerners. " 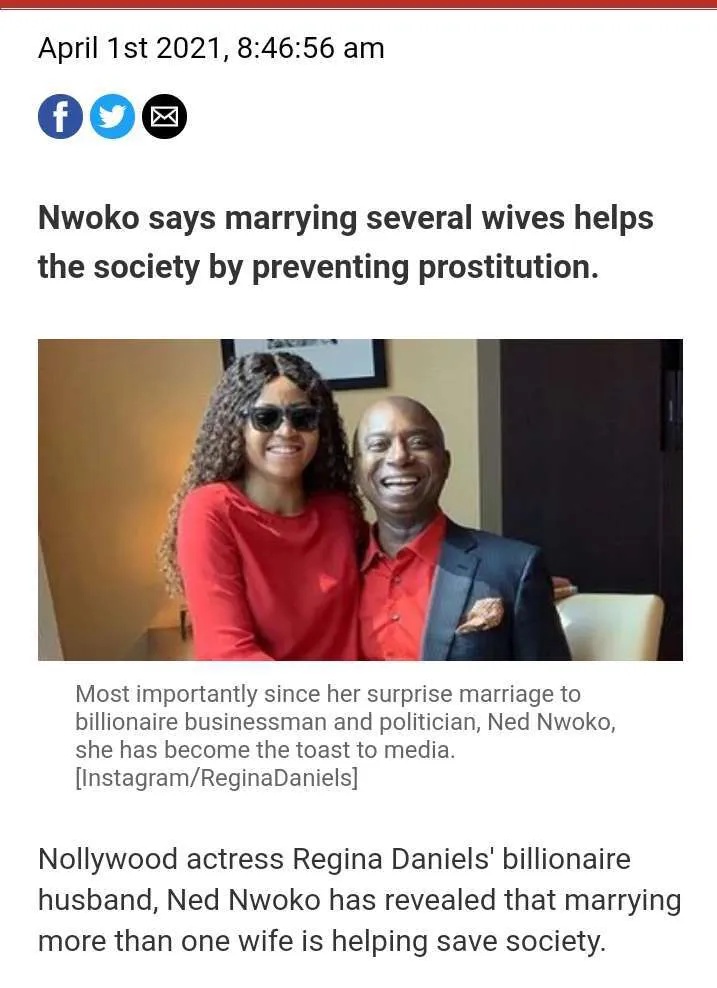 Their marriage was highly criticised on social media considering the fact that the two have an age difference of 38 years. Which clearly is a lot. Tegina Daniels did not take long before she answered back. She said that, " I don' t think I could have married someone of my age because I am quite stubborn, very stubborn, my head is not down but with my husband that is not the case because I respect him a lot. The only thing I was worried about when he proposed was how I was going to tell my family and not what the public will say or think. 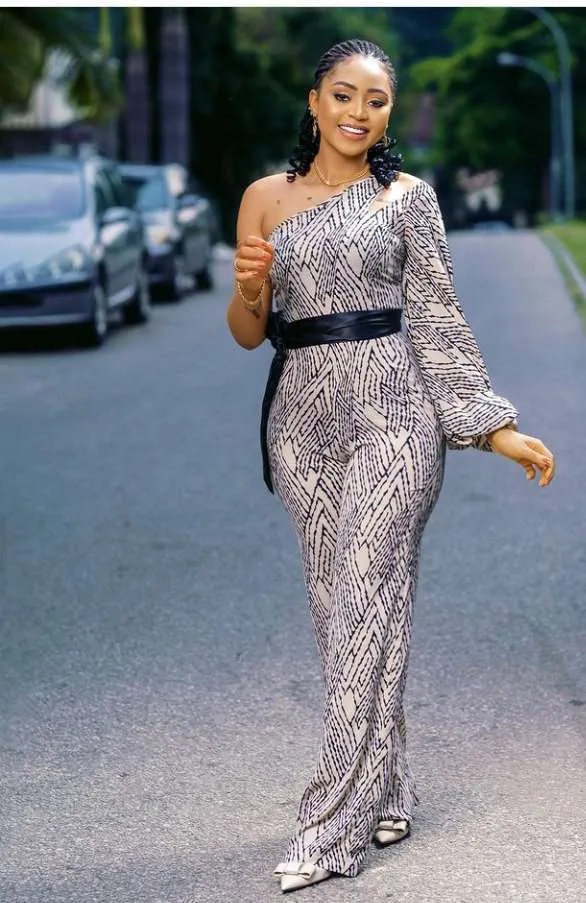 I have learned a lot from him. I call him ' baby' . I used to cook but my husband has stopped me from entering the kitchen because we have cooks and domestic staff. "