"I Became Depressed," Mama Stella Of Machachari Reveals Her Battle With Strange Disease

By ChumbaaFay (self media writer) | 1 year ago

Former Machachari actress Clara Wamaitha popularly known as Cindy has called on for help after she develop Vitiligo after the show.

Cindy also known as Mama Stella has been suffering for sometime and is now under medication.

In her interview with Hiram Maina she said she had observed the first specific change before the show ended but she neglected it.She also said that the change later became completely developed but anyway she is recovering.

Mama Stella also added that sometimes artist are being confined and therefore she was looking upon her daughter to take care of her and her hospital bills .She said she had been to almost all hospitals seeking for medication. 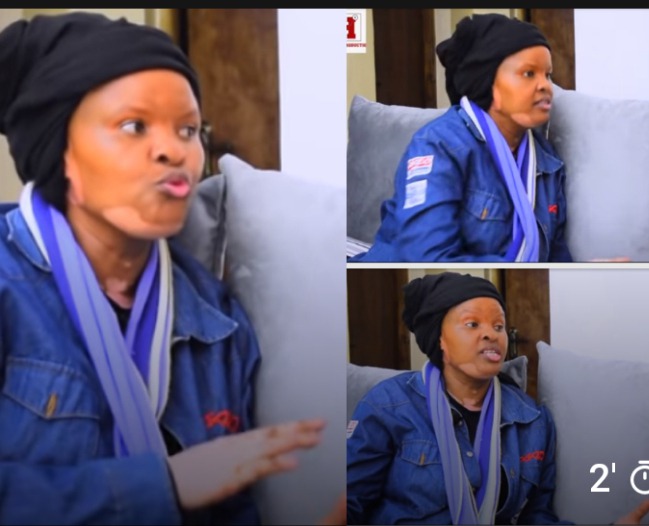 Cindy said that being sick got her miserable but its through her friends and family that she admitted her condition.Also,she mentioned that she had used the money she had to set up a job for her son,pay rent and some used for her medical bills.Finally ,she thanked everyone who supported her during that difficult time .

Cindy also delived her message to the entertainment industry saying that she will be herself one day and ready to play any role as her reputation stills remains.

Besides her sickness,the actress has asked for help as medical bills are expensive and that also wished assistance  so that she can open up her business as she is presently pointless.

A Bible Verse That Encourages Me And Gives Me Strength When Am Down.

My Father Forced Me To Sleep With Him Inorder For Him To Pay My School Fees, I Sired A Kid With Him

Mulamwah’s Fans React To This photo with his daughter