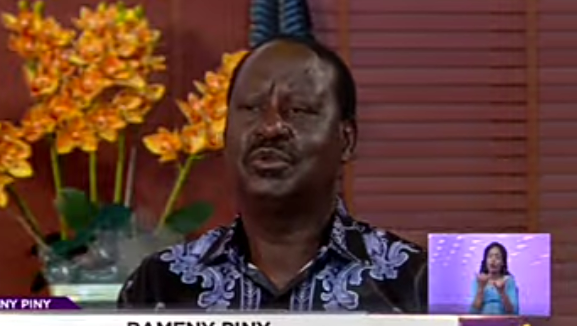 Former prime minister Raila Odinga, the leader of the Orange Democratic Movement party, has once again assured Kenyans that he will make a big announcement on 10th of December 2021.

The former prime minister who appeared on the newly formed Ramogi TV, stated that he has been keenly listening to his supporters during his tours of the country through his famous Azimio La Umoja forums.

"Tarik 10 Abiro Wuoyo ban'g wuodhe masetimo e Kenya Ka, kopo ni alando ni ok adhi chun'g tabiro siro lwedo n'gat mabiro Timo lekna" the ODM boss said loosely translated into, on 10th I will make a declaration after my tours of the country, should I shelve my ambition I will only endorse someone who shares my ideas. Below is the Video: https://youtu.be/vYaT9PZA49Y