By Truth (self media writer) | 2 months ago

The Riverwood comedian, then 40 years old, left his rented Kasarani house in Nairobi on September 21, 2017, at approximately 10:30 a.m., claiming he was going to see his sick mother, whom he said had contacted his wife begging for him. 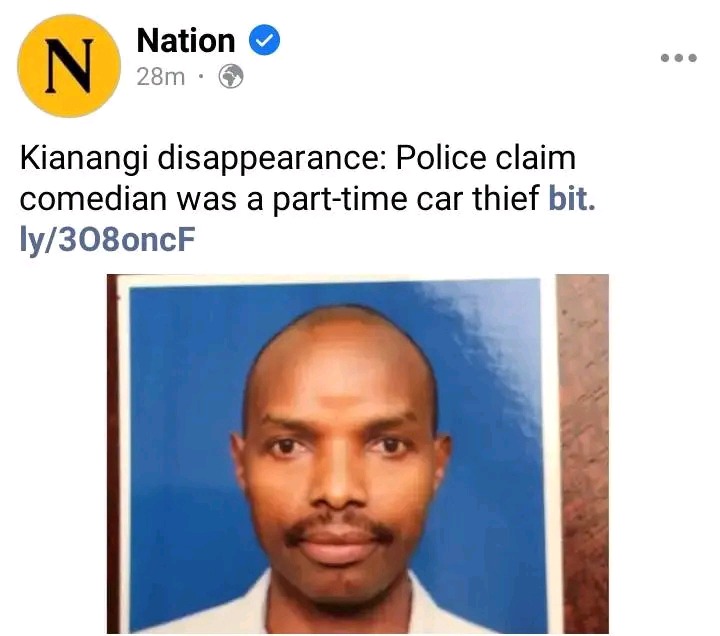 Mwangi's popularity skyrocketed with the Mt Kenya crowd because of his hysterical chemistry with co-star Macang'i (Ephantus Mbuthia). Since 2003, they have kept the area entertained with dramatized shows.

According to Ms. Njeri, to get his mother to the hospital from Gatanga village, Mr. Mwangi summoned a friend who had access to a vehicle.

The pair departed, presumably to find yet another companion. I haven't seen him since then. She said, "I've been looking for him for five years, hoping to find him alive or dead.

She claims that the acquaintance with whom her husband departed contacted her to tell her the terrible news that he had vanished.

On the same day at about 4 o'clock, his car was discovered abandoned at the Ruiru Bypass roundabout close to the Wembley estate. "intact, no strange markings on it, simply parked and abandoned," the police report said.

The cop, who seemed to know more than he was saying, reportedly said to Nation, "Go and report that crime does not pay...he was a part-time vehicle thief when not performing .One day he was picked up by a friend of his, and the rest is why I'm answering all of your questions. The man may still be alive right now if he hadn't been so distracted by his jokes."

Geoffrey Mwangi, well known by his stage name Kianangi, was a popular comedian in Kikuyu, and his disappearance has prompted calls for an official investigation. 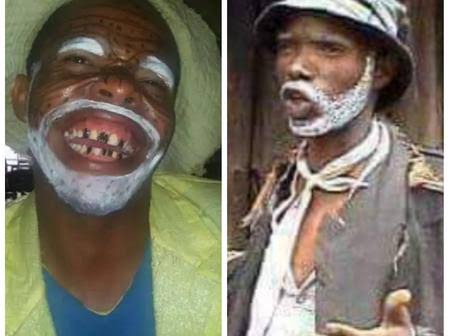 Content created and supplied by: Truth (via Opera News )