Will Smith has Resigned

By ShalomWambua (self media writer) | 5 months ago 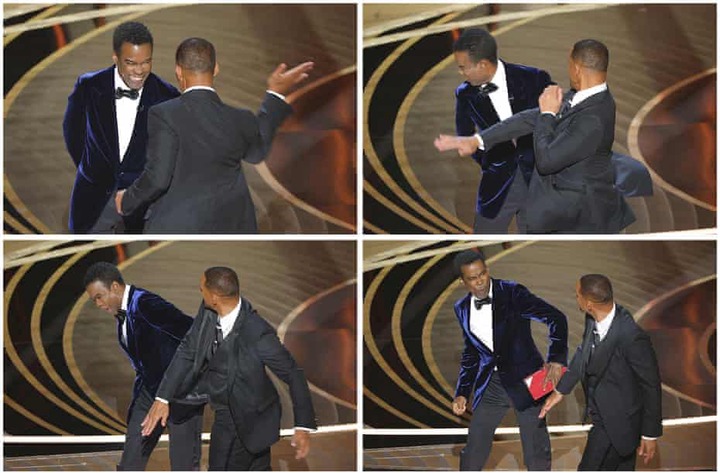 Everybody knows that the 94th Oscars will be remembered by the slap that shook the world. Will Smith smacked Chris Rock who almost forgot what he was saying on stage but he recovered nicely and continued with the show. To many people and mostly ladies, this was a show of love, because he stood to defend his wife for a joke that made fun of her bald head. It was funny at first, because Will was laughing, until he wasn't.

Now 5 days later after his Oscar win, with the back and forth on social media and Chris Rock refusing to address the issue at all in his comedy tour - Will Smith has resigned from the academy.

According to One News https://www.1news.co.nz/2022/04/01/will-smith-resigns-from-academy-over-chris-rock-slap/, his spokesperson announced that the famous Actor has issued his resignation later for smacking Chris Rock and that he would accept any further consequences. Well, I guess this is the beginning of the end of Will's career. History has now shown another successful man fall because of choosing their wives over what is truly important.

Remember the same Jada Pinkett had an entanglement with August Alsina and was flaunting the fact that she does not need Wills approval on that relationship because she was her own woman. When August even apologized about the incident , she was unapologetic. Well if I was Will, I would easily have let the bald-head joke slide , just like Jada has let her cheating incident slide as if it was nothing.

Now the world is watching for what happens next.

Content created and supplied by: ShalomWambua (via Opera News )

Mohammed Wehliye Complains That There Is No CS From Mombasa

Say This Powerful Prayer Before Going To Sleep

Elgeyo Marakwet Senator Speaks After he Was Appointed CS

Photos Of President William Ruto With The Outgoing CSs