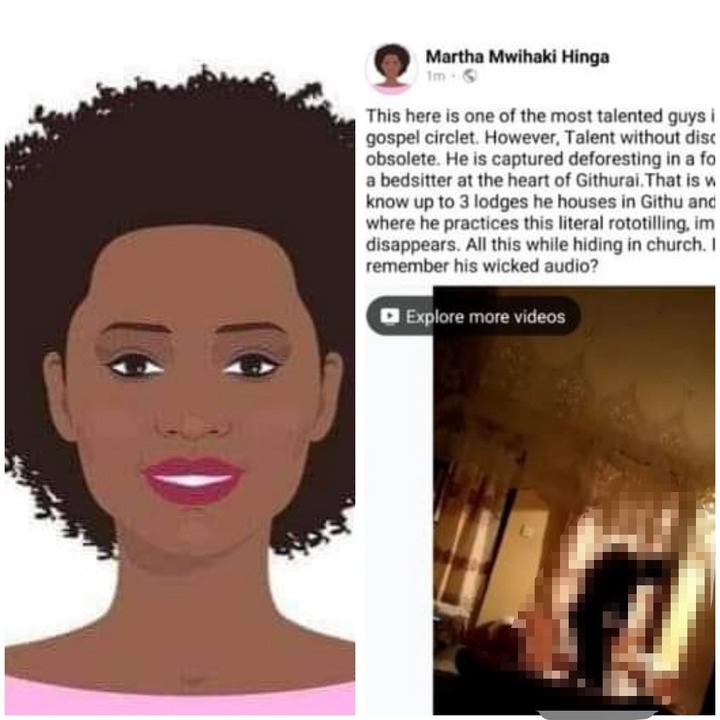 Anonymous and feared exposee Martha Hinga has this morning left many speaking across the internet after she exposed a clip of a famous Kikuyu artist inside a Lodging.

In the clip, a man who is yet to be named was seen pruning his privates after a steamy session with a lady.

According to Hinga, the said man is a well-known kikuyu gospel musician who has been jumping from one lodging to the other with young women. 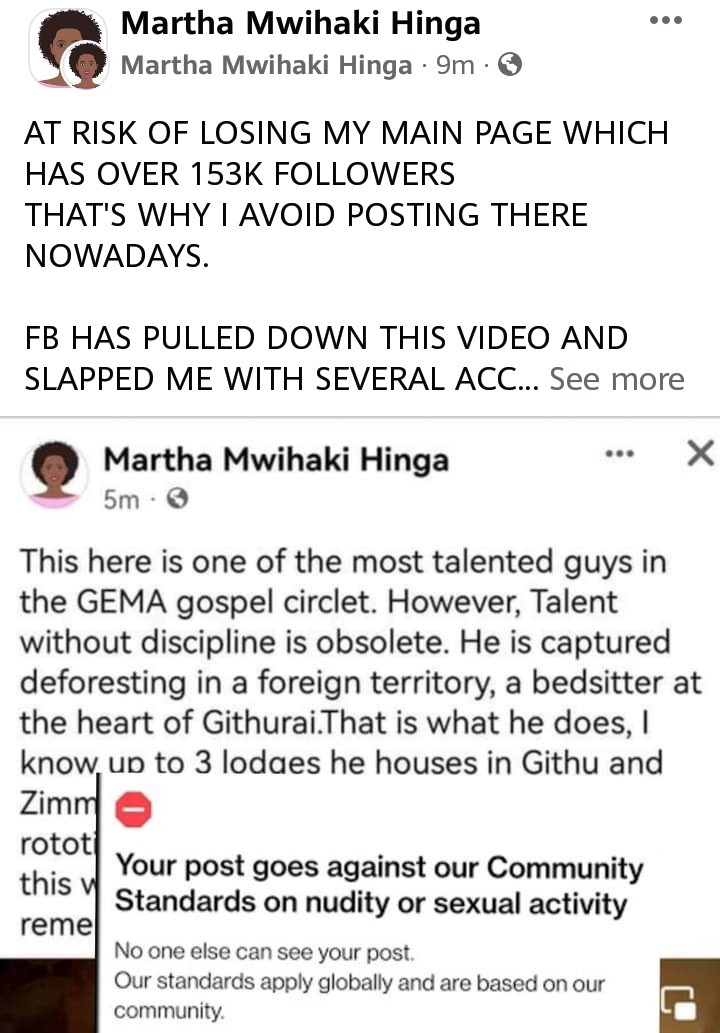 Hinga has also revealed that the said musician has impregnated and sadly dumped a huge number of girls.

This interesting development comes barely weeks after Hinga exposed yet another gospel artist.

In the previous incident, musician Mary Lincon was badly exposed after her nude photos leaked on the internet.

She would later confess and repent and later dropped a song days later. 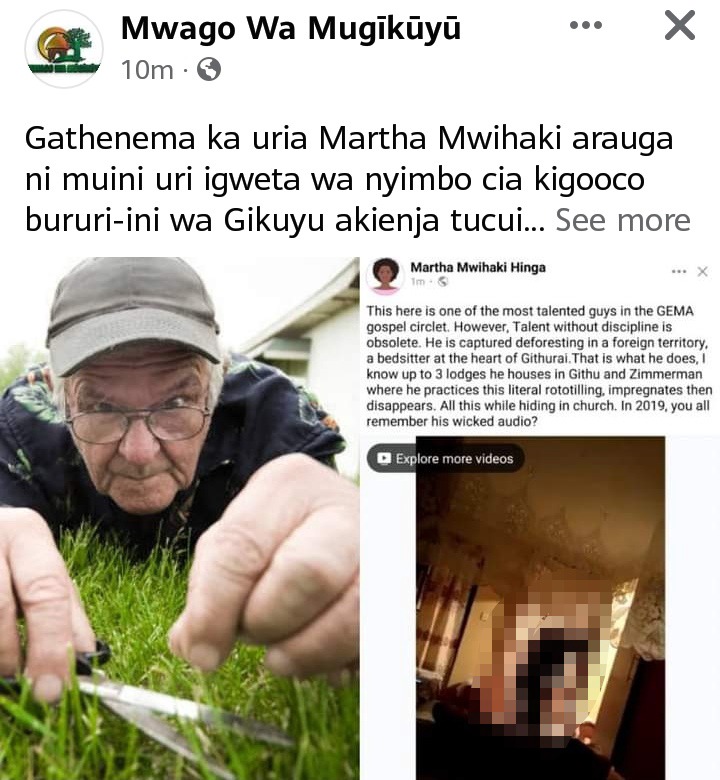