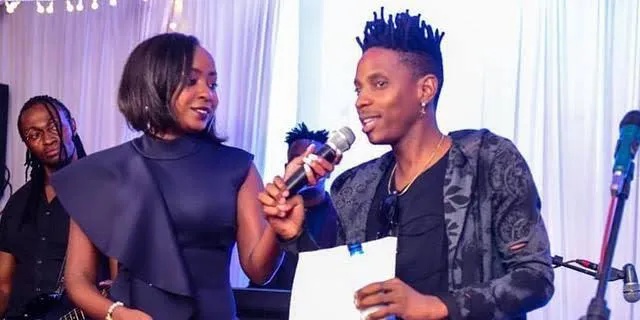 Can content idea be claimed as stolen if someone else takes it to do content his or her own way? This is something that has been happening in the showbiz industry for a very long time. Well, there are those general ideas, that no one can claim as theirs, but at times, when you turn to music, the conversation is different. If you happen to use someone' s musical line or tune, your music may be banned for copyright britches, and this may frustrate you, but then, that is the law, and it must be followed. 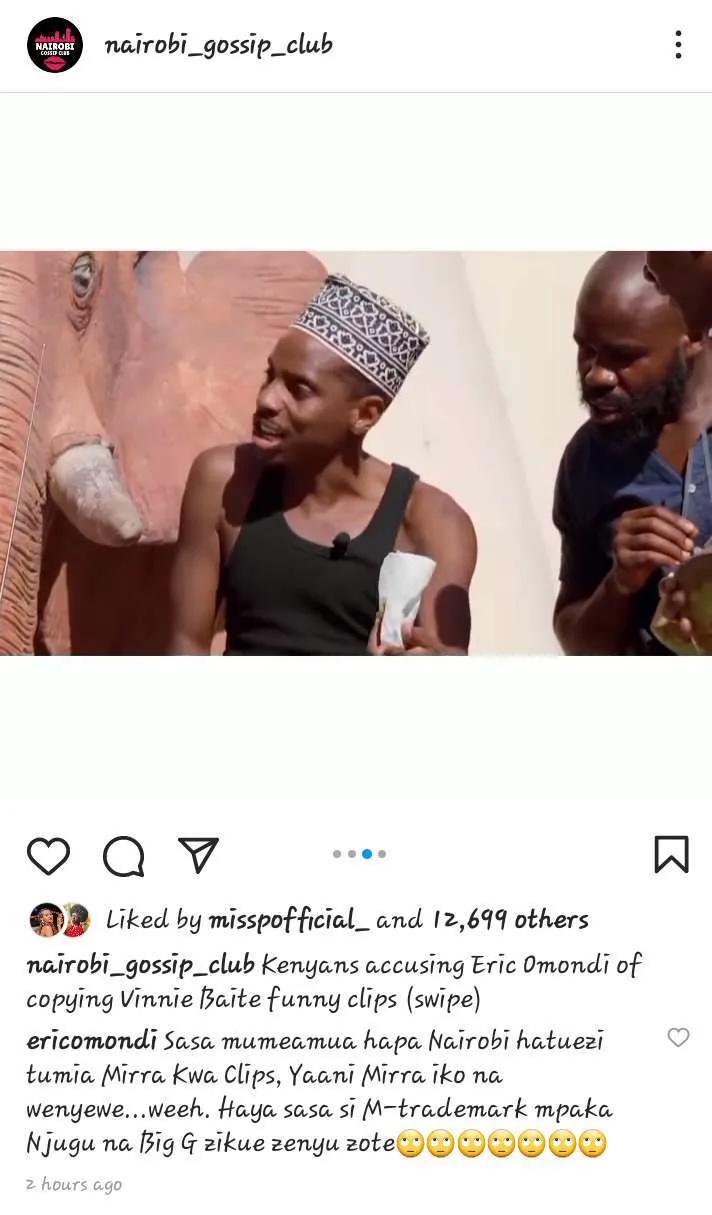 Once again, Eric Omondi had found himself at the wrong side with netizens for another time, after the comedian did a skit that had a fellow comedian' s idea. Well, Eric Omondi, a prime ambassador of Sportpesa was accused of using Vinnie Baite' s idea of doing content, and this has raised eyebrows amongst fans, who claim that the comedian has transitioned to stealing ideas, which is not a good thing at all. According to screenshots shared by Nairobi Gossip Club, fans were arguing that Eric Omondi should have not tried that, because it is a content britch, which shouldn' t have happened. 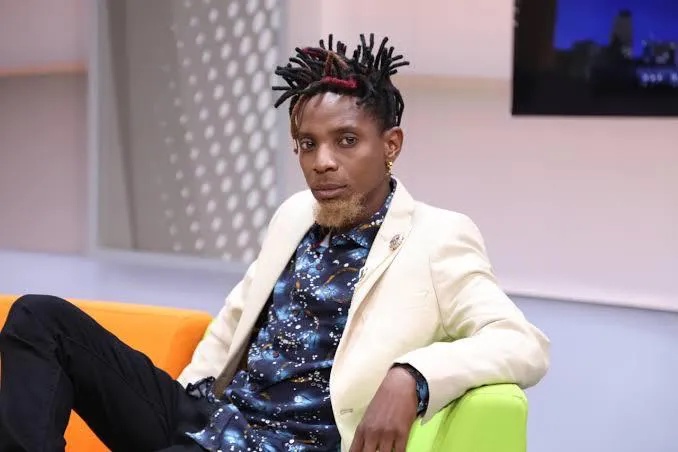 In his defence, Eric Omondi has argued that people should stop the hate, arguing that eating miraa doesn' t make him a content thief, because it is something that a lot of people consume in Nairobi. He stated, " so you have decided that in Nairobi, we can' t use miraa in videos. Does it mean that there are people who are own such for their clips? 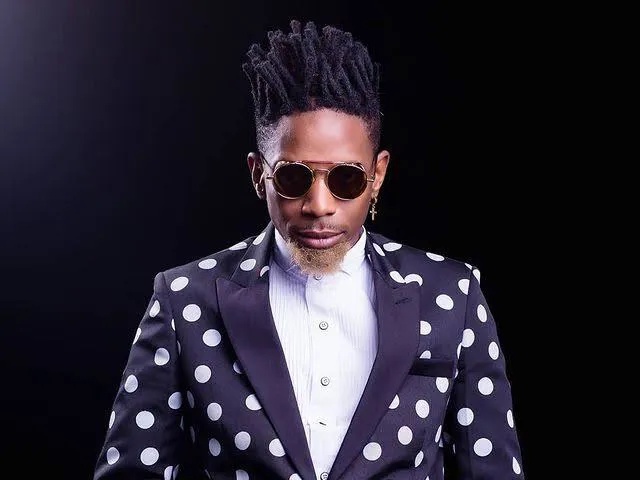 If that is the case, you should also trademark peanuts and bubble gums as well. " Well, what do you think of this argument? Do you support Eric Omondi in this? Do you think that content creators should not do clips that have ideas that have been done by other people? Tell us what you think about this in the comments section. Kindly follow this channel. 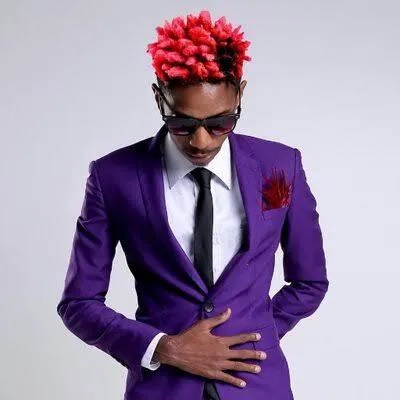 Meet Francis Gachuri, The Well Known And Popular Journalist, His Schooling And Family

Martha Karua And Azimio Team Set To Campaign In This County On Tuesday 24th May 2022.