Chiki Clears Her Name From The Michelle Ntalami And Makena Njeri's Breakup, Says She's Not A Lesbian

By MissJJ (self media writer) | 7 months ago 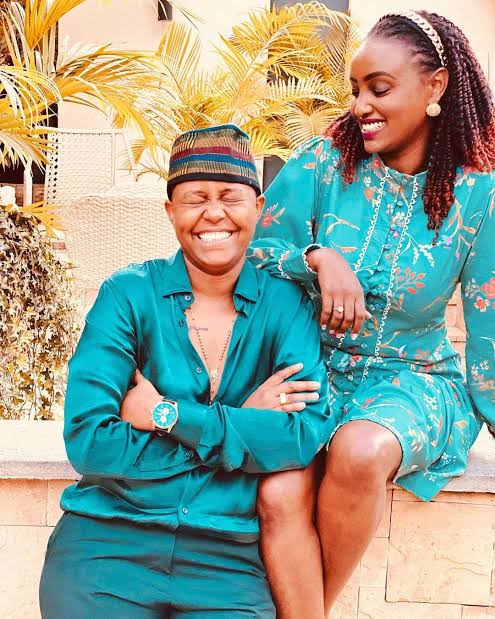 Days ago, Michelle Ntalami wrote a very long letter on Instagram saying that she's feeling so desperate and betrayed the fact that her partner Makena Njeri cheated on her. Michelle also took her time and provided credible evidences showing that the former Tahidi High School actress was cheating on her with their two close friends one being a health worker while the other one was a public figure. 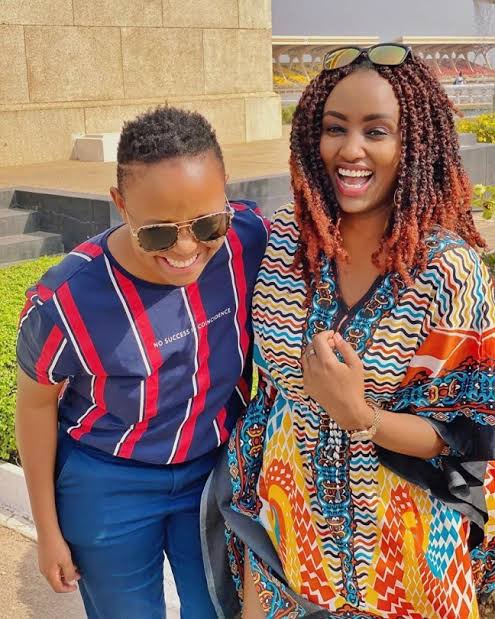 Michelle Ntalami however didn't reveal the names of the two people having it in mind that she has to respect everybody despite the fact that they offended her. Hours later, fans noticed that the health worker being talked about was a close friend to the two and they provided video evidence showing Makena Njeri getting cozy with her in Lamu. The second one was yet to be unveiled and many kept on guessing that it might be Chiki, the current wife to Bien a Sauti sol music band artist. 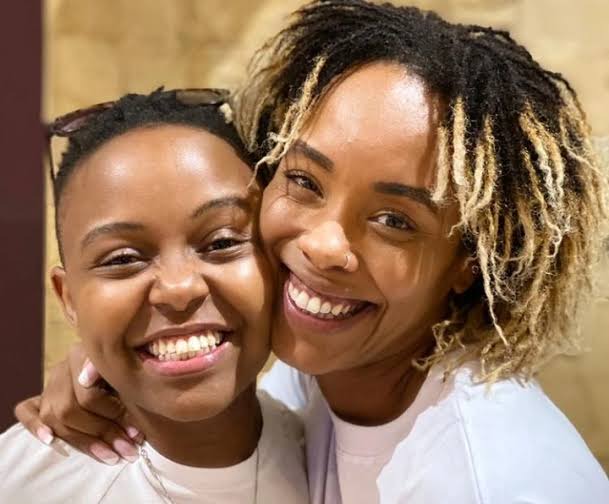 This was because she had been spotted several times with Makena Njeri and she's also a public figure who worked for Citizen TV in a show called' fitness with Chiki'. Today morning, Chiki woke up and decided to address the issue on her Twitter page moment after a concerned fan dragged her in the story. 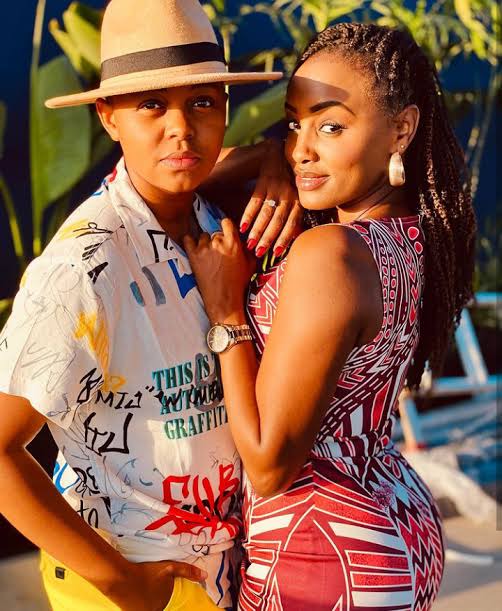 Chiki started by saying that she's not a lesbian even though she supports LGBTQ. She said for a very long time she has been respecting Michelle and Makena and there's no way she could break their relationship. She told fans to exclude her from the whole matter. 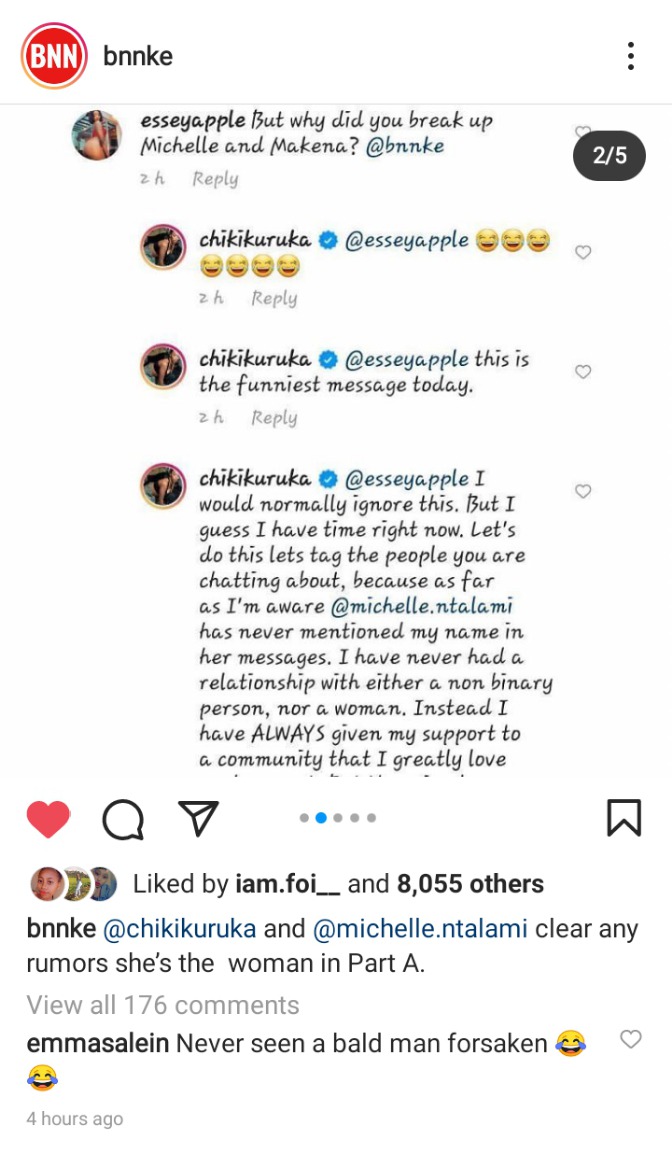 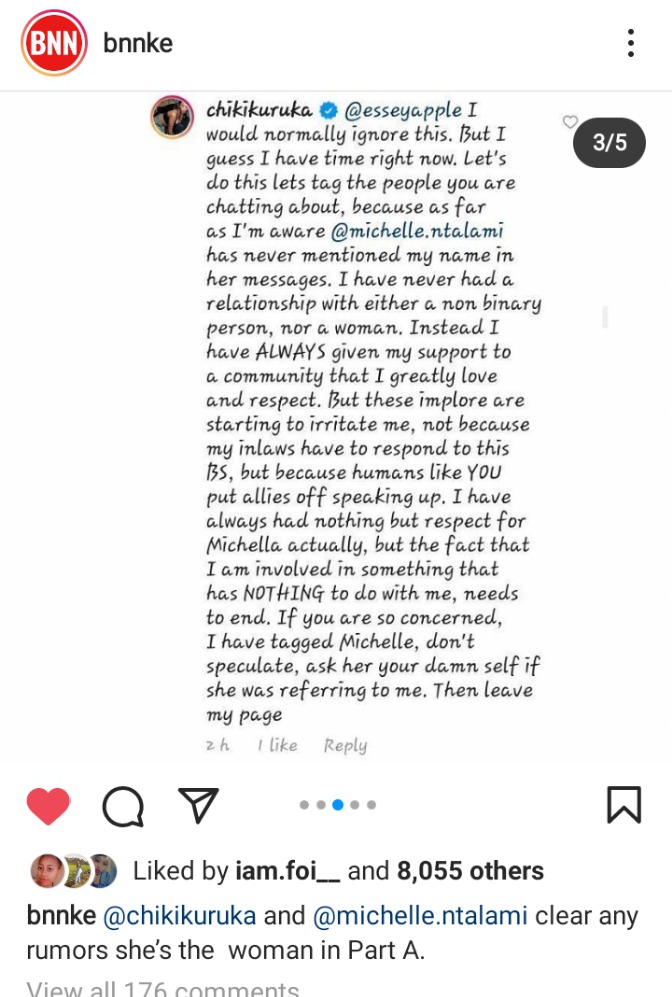 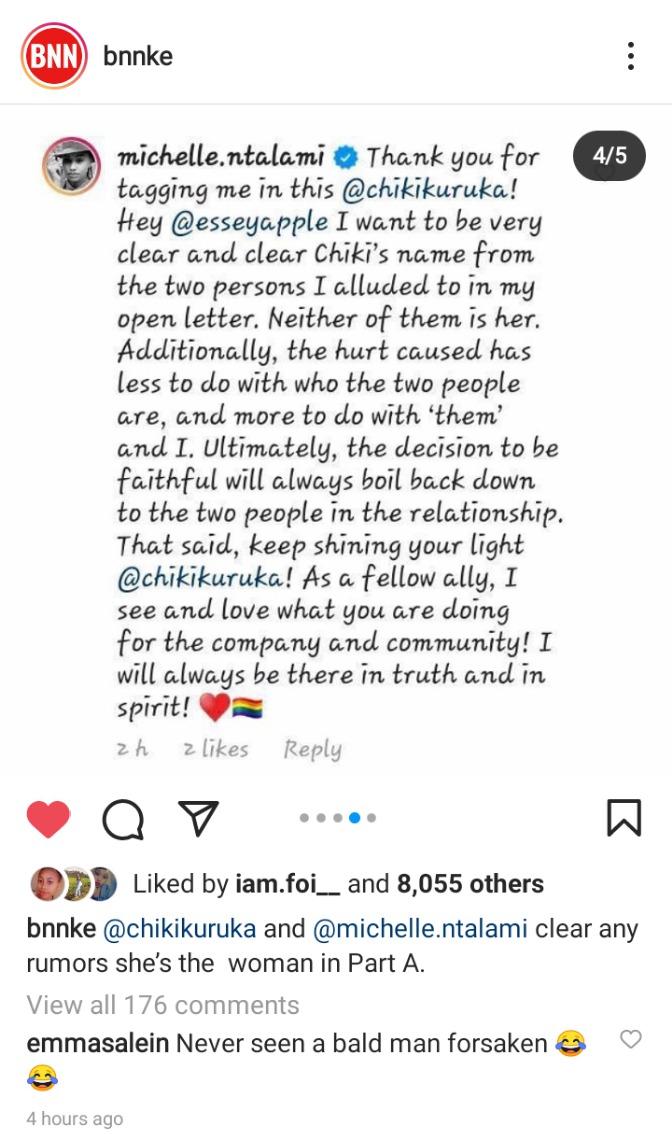