By Brian_Sikulu (self media writer) | 7 months ago 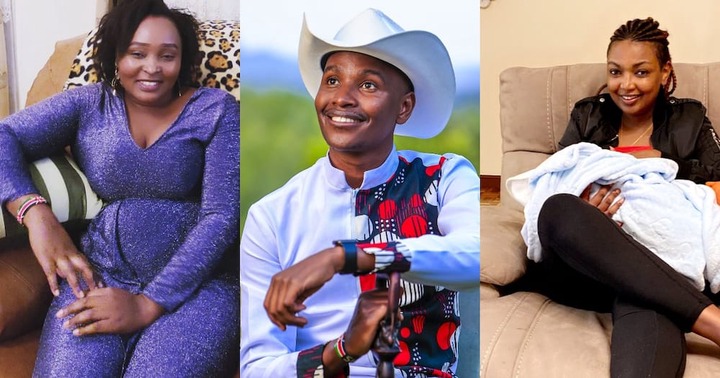 Vernacular singer Samidoh's first wife Edday Nderitu has been involved in a public conflict with city politician Karen Nyamu who is rumored to be the musician's wife. Edday Nderitu and Karen Nyamu are reportedly co-wives after the latter came out to publicly reveal details of her relationship with Samidoh, adding that she is currently pregnant with his second child. 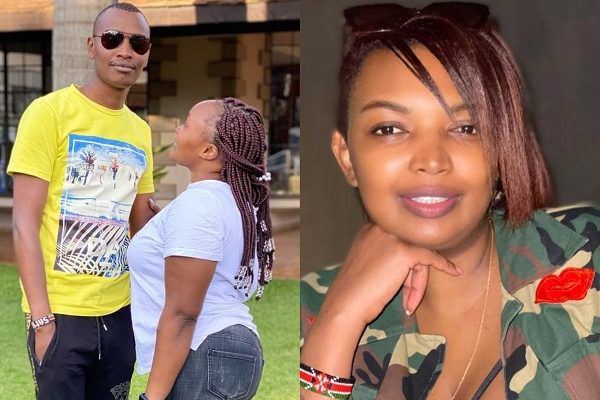 Edday Nderitu has become a subject of attention on social media after she publicly announced her support for Karen Nyamu's rival in the Nairobi county Senatorial seat in the upcoming general election. Edday's move has been interpreted to be part of her silent beef with Karen Nyamu. 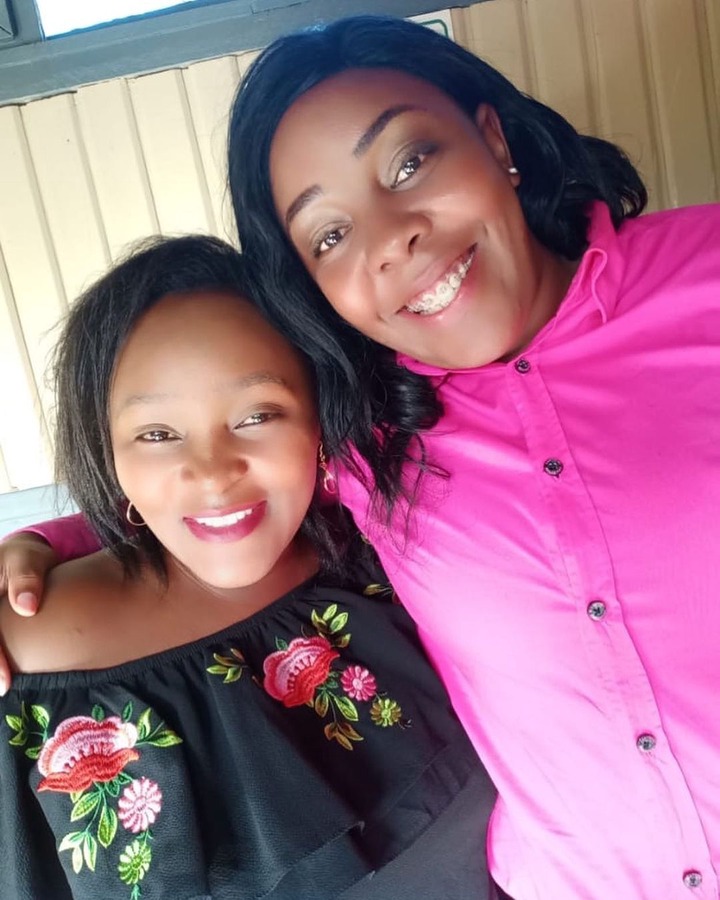 In a social media post that has since then gone viral, Edday Nderitu publicly named Julie Kabogo as her preferred candidate in the Senatorial race. She further published her political campaign poster and a photo showing her in the company of the politician. 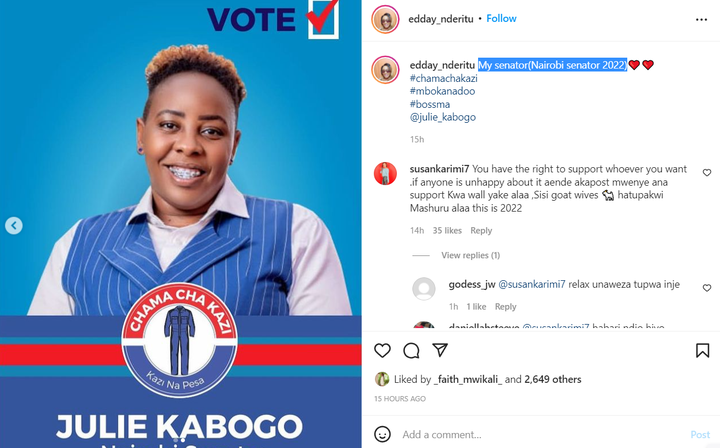 The post has sparked wide debate among social media users with some seemingly criticizing her for the move. According to a section of the netizens, it would have been wise if Edday Nderitu had shown solidarity by supporting Karen Nyamu. 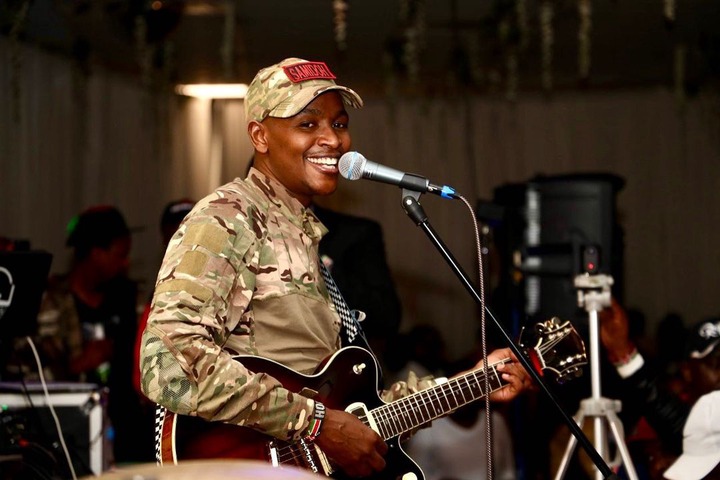 Others argued that Edday Nderitu was free to make an independent decision and should not be influenced by the public to support a specific candidate.

Ruto's Post After Winning Presidential Elections That Has Caused Reactions

It's Not Over, Martha Karua Reacts To Presidential Election Results As Ruto Gets Good News

It Is Not Over Till It Is over: Karua Breaks Silence Moments After Ruto Was Declared President-elect