By KenyanMuziki_ (self meida writer) | 25 days

Tony Mercury is a Venezuelan singer who has revolutionized in 2021 by refreshing the musical range with iconic themes of the 80s, reviving them and making them his own with a feeling of euphoria and love 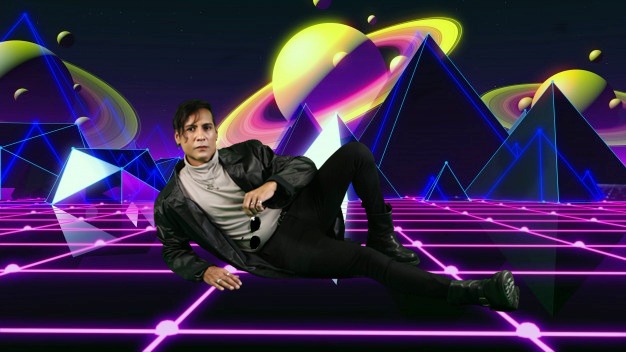 In July of this year he arrived with his first single Play Me The Bolero.

it has a rhythm combined with a rap interpreted by fiddozer, melodic choirs in the voice of drizee, with an inspiring letter that narrates the attraction toward its musa.

The singer says that he is versing an icon theme from the 80's where the mix intervened 100%. In the audiovisual piece we can see something very particular, the color plays in the 80's style.

Then he shares his new single Al Fondo Del Mar, the second production released so far in 2020, in this single we can rescue the vocal quality of the artist, and the sound of the proposal that melodically captures us.

This lyrical proposal makes you relive feelings, in the visual you can see images of the current state of the Titanic in real life.

"Al fondo del mar" by Tony Mercury, is one of the most sentimental songs of the artist, which is known for its calm and nostalgic rhythm, for that iconic video clip that makes us travel to the bottom of the sea and relive that majestic ship called "Titanic" and it makes us travel in time while we live in the present.

For this version, the singer Tony Mercury was accompanied by Fidel Requejo on the piano, Sebastian Morales playing the drums, Marlen Larez on the violin and Drizee as an invited vocalist.

The video, which is already available on YouTube, directed by Felipe Cuervo and Sergio Pazmiño is focused on an intimate and harmonic dimension in which Tony Mercury can share and feel the melodies of the instruments and voices.

The production of this video was filmed at the prestigious restaurant "Sebastian Bar '', on of the most luxurious restaurants of Caracas, Capital of Venezuela.

The singer says that he is versing an icon theme from the 80's where the mix intervened 100% work done between caracas and miami.

In the audiovisual piece we can see something very particular, the color plays in the 80's style.

Video Deluxe - Play Me The Bolero

Tony Mercury with the release of his singles Play Me The Bolero and Al fondo del mar, has gained a level of popularity in the new music industry

Tony Mercury has quickly become into an influent artist of the New Wave music in Latin America. His music is starting to get known in European radios, he has count on the support of the Italian public.

Say No To Striga Weed Again And Use This Simple Methods To Get Rid Of Striga Weed In Your Farm.

How To Treat Alcohol Poisoning Using Banana Fruits At Home

What You Need To Know About The Car Gifted To A Kakamega Pastor By The Kenyan DP Dr. William Ruto

The Best Age To Get Married According To Mathematics

Interesting Facts About Venus You Should Know