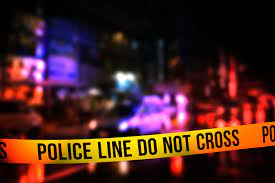 Daylight drama was witnessed in Mlango Kubwa area in Nairobi after a mob ruthlessly landed on a thug who was involving in phone snatching from pedestrians.

According to Hesy wa Dandora, the thug who was in company of two others used a motorcycle as they violently snatched phones from unsuspecting Nairobi and tried to escape. 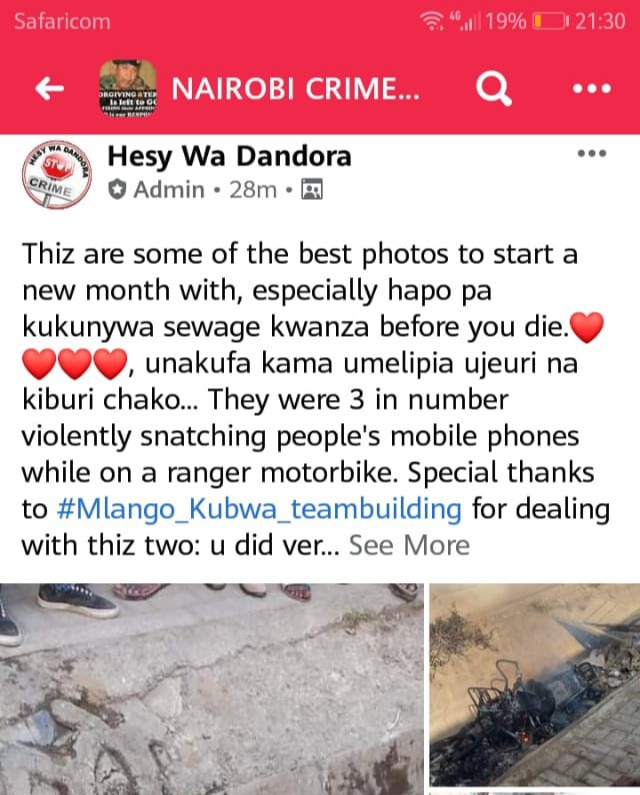 Witnesses who were at the crime scene said that a group of young boys had cropped in the area where they frequently frustrated citizens.

Through the help of Mlango kubwa teambuilding, they managed to arrest one who was rescued by police before he could face death just like his counterpart who was not lucky to escape the the angry mob that had descended on them.

The angry mob also torched the motorcycle they were using into ashes leaving nothing to be saved. The area OCP requested and argued the public members to avoid taking actions on their own hands but to leave the police to deal with the lawbreakers themselves.

However, the residents who accused the police of colliding with criminals in the area vowed to teach any thief in their area a lesson before the police could come to their rescue.

The body of the descended thug was taken to City Mortuary.