By Top_NewsWrites (self media writer) | 6 months ago

Kenyans have been treated to a rare yet sweet occurrence of love developing between colleagues in the same acting industry and greater still, acting in the same drama series.

To mention just a few, we all remember the drama series named Maria which used to air on citizen TV, Right? Just after the drama series came to a conclusion, a couple who were actors emerged and confessed their love to each other.

Am speaking of none other than Ronald who acted an Victor and Dorea Chege who acted as Maggie. They both went public about the love and posted several pictures together to confirm their undying love to each other.

After Maria ended, it was replaced by another series named Zora which was also concluded last week.

Even before Zora ended, rumours had already started spreading of the real love between Madiba and Nana in real life.

To confirm their love, Nana went public and confessed that the baby daddy to the pregnancy she has is Madiba, her co actor. 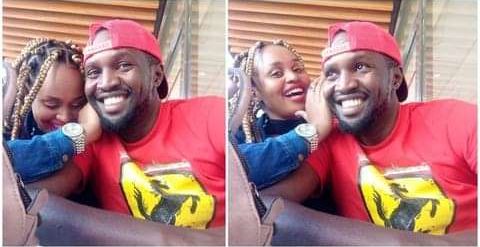 Today in a story published by Tuko news on Facebook, another love story is developing between KBC channel one actors in the drama series called Classmates.

According to Tuko News, Abdul Khaleed who acts as Farrah has been Salivating on his fellow Colleague named Nzula Munyao. Abdul admitted that he has been sending several flirting messages to Nzula but she seems not to get his message.

He says she is always in his mind and he will soon make known his feelings to her. 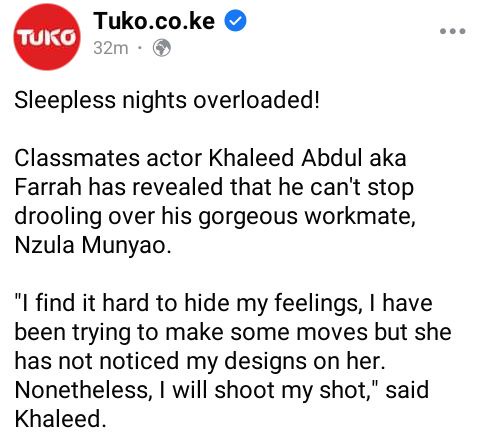 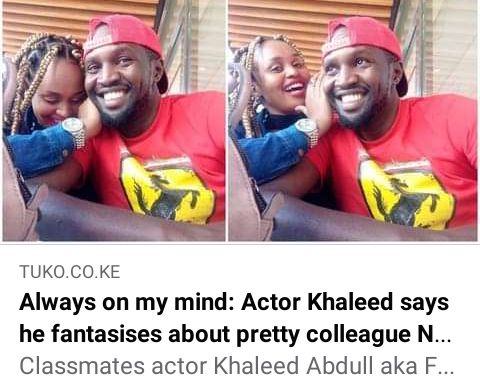 Content created and supplied by: Top_NewsWrites (via Opera News )

Professor Luketelo Stephen Presents Himself To The People Of Bungoma To Make Him Their Senator.