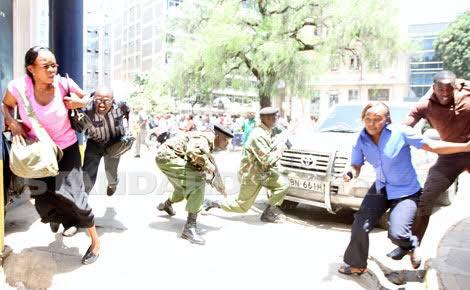 In a video that has been shared by a reliable source of information, several suspects who disguised themselves as Police officers could be seen talking to a boda-boda operator claiming that they were officers before fleeing with his motorcycle.

Expressing his opinion on this, Robert Alai has called upon the inspector General of police to do something about this incidents before they get out of hand.

While reacting to this incident, kenyans who took to their different social media accounts to express their opinions and suggestions, on the matter have called upon the inspector General of police along with the director of criminal investigations to conduct an investigation in order to find who the suspects were.

According to the reports given by most Kenyans, they claimed that it was so unfortunate that the government is yet to do something about the increasing number of criminals around CBD despite the fact that Alot of people are currently Loosing their valuables to these suspects.

Additionally, kenyans who expressed their fear and concerns over the rising cases theft and mugging on the country have called upon the inspector General of police to consider deploying plain clothed officers all over the country in order to put an end to the increasing cases of crime in the country. 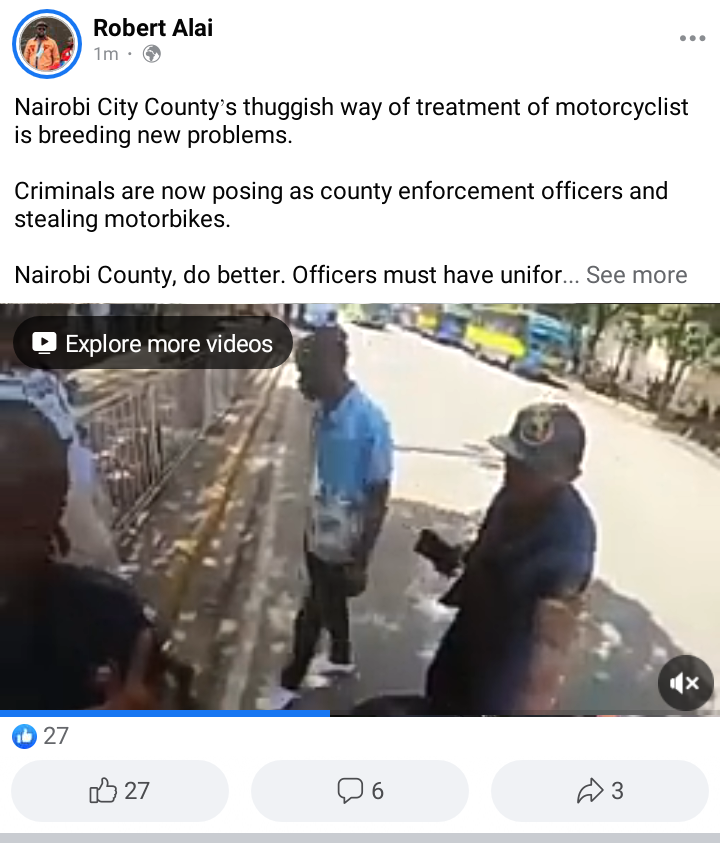 Her Body Had Been Doused In Petrol, Fresh Details Emerge On The Death Of Diana Opicho

DP Ruto says the High Court has no power to remove him from the office.

How Do I Stop Loving Someone Who Does Not Like Me

3 Ways To Make Him Want You Back