"No Ingoho For Me"; Bien Aime's Wife Chiki Kuruka Reveals That She Is A Vegetarian

She is a dance choreographer, fitness instructor and former radio personality who gained fame through the famous Citizen TV show 'Slim Possible'. 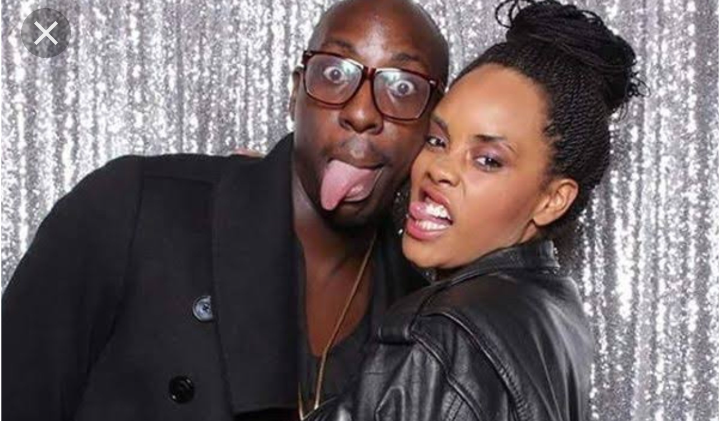 Her origin is from Nigeria where she was born in a family of three to her parents who are half Nigerian and half Swiss. While her mother is a lawyer in the United Kingdom, he father is a journalist who lives in Switzerland.

However despite being known for all this the choreographer earlier today disclosed more details about her personal life that many arguably did not know about, and this is that she is a vegetarian. 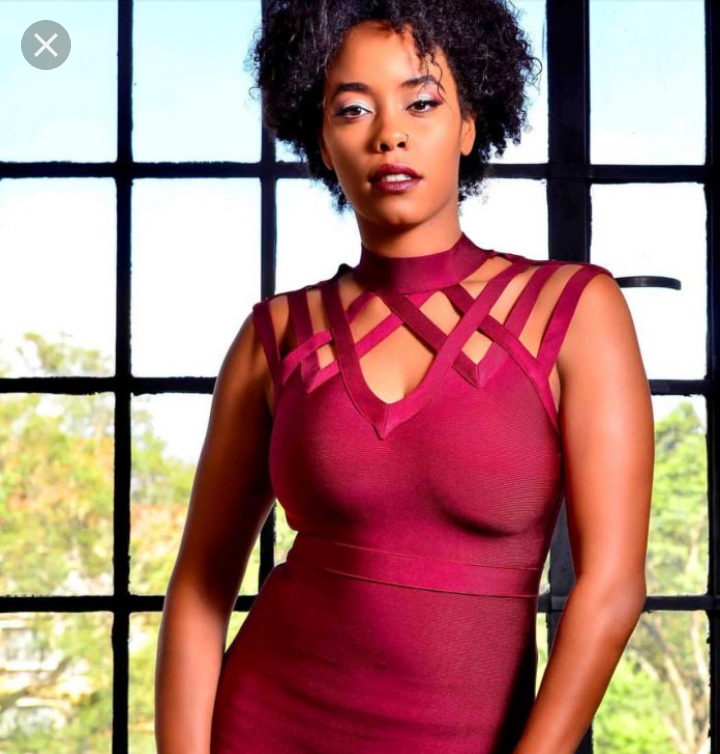 She revealed this in a morning post today on her Instagram account where the beauty queen was in Kakamega County, and posted a short dance choreography video clip promoting the Tusker Lite drink. 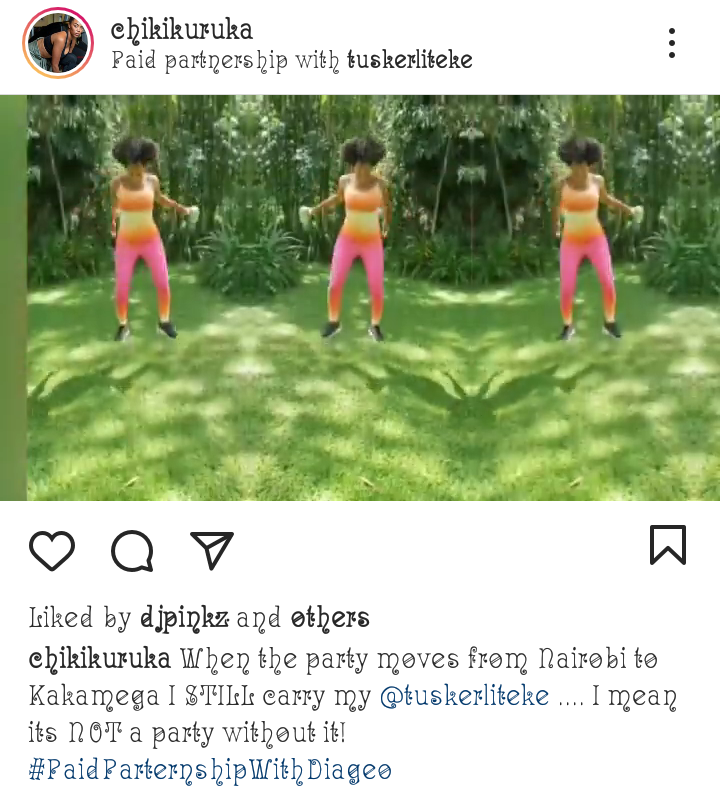 Chiki Kuruka accompanied the post with a caption praising the drink saying;-

" When the party moves from Nairobi to Kakamega, I STILL carry my @tuskerliteke...I mean it's NOT a party without it".

However her post elicited reactions from her fans online with one fan in particular namely Slimdzaddie teasing her about being in the region.

In an exchange of Instagram comments with Chiki Kuruka, the man asked the beauty queen for her specific location in Kakamega saying that he was also in the region and termed it as a good place. 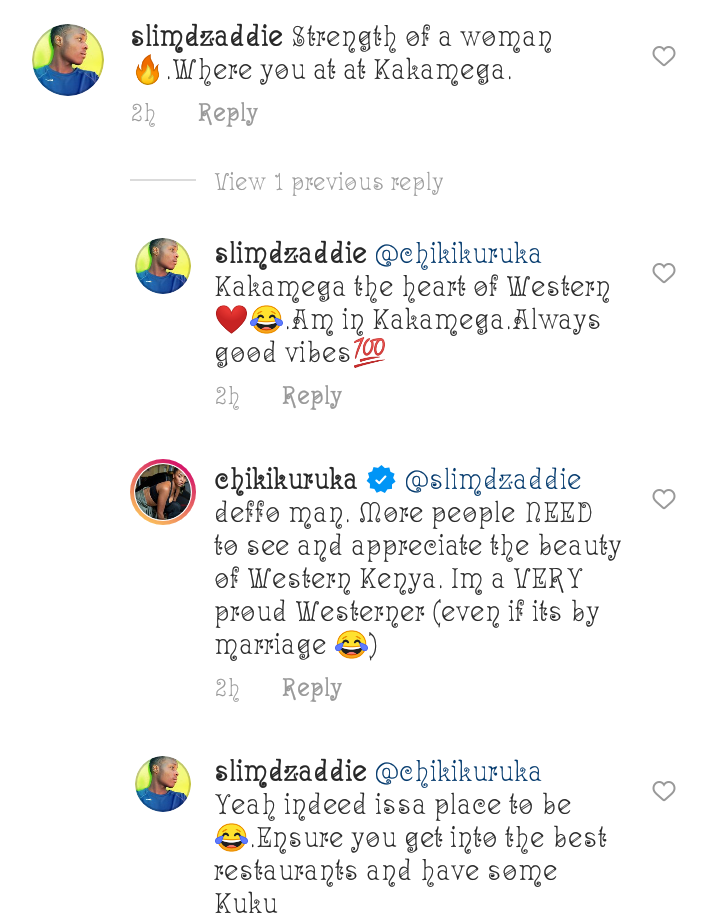 In a rejoinder the choreographer responded by a heartwarming message appreciating the beauty of the region and said that she is also proud to be a 'Westerner' due to her marriage to Bien Aime who is a Luhya.

She said to him " deffo man. More people NEED to see and appreciate the beauty of Western Kenya. I'm a VERY proud Westerner (even if it's by marriage😂).

In rejoinder also the man advised her to get into a restaurant in the area and enjoy some chicken and it was here that Chiki Kuruka revealed that she doesn't eat meat.

The choreographer revealed that she is a vegetarian and thus cannot eat ingoho ( a stewed chicken delicacy prepared by the Luhya community). 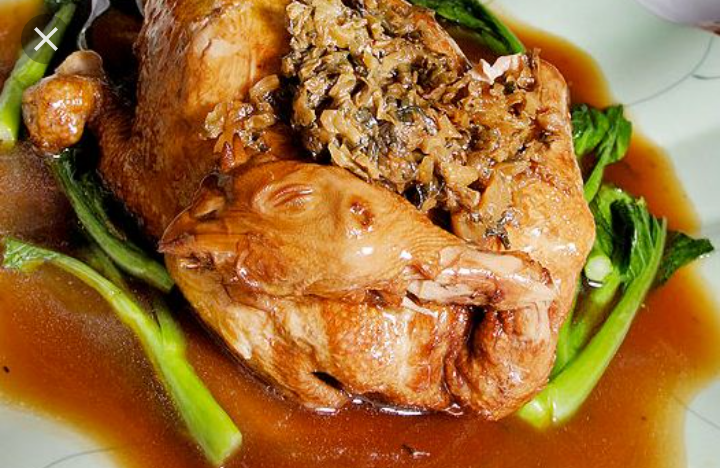 Chiki Kuruka and her husband Bien Aime Baraza recently marked their one year wedding Anniversary on March 6th, 2021, and the sassy dancer even took to her social media platform to pen a heartwarming message as they marked the special day. 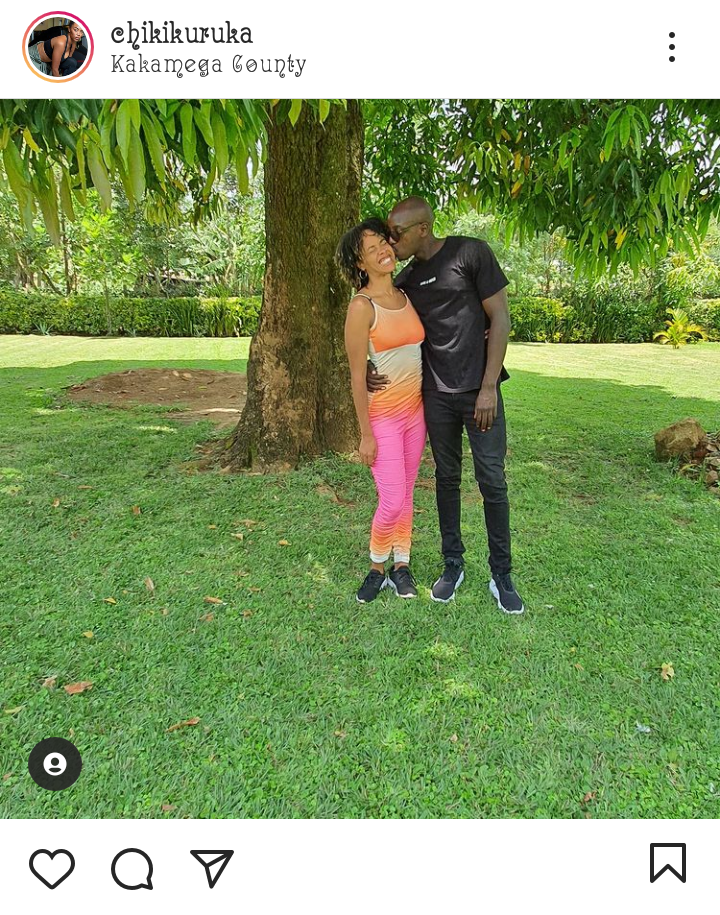 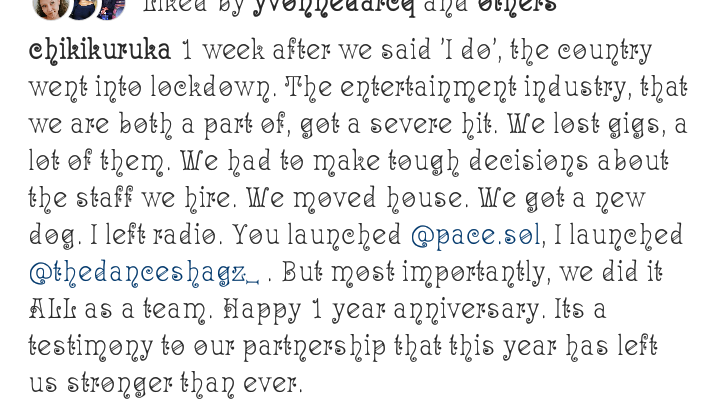 The couple also earlier this month took to Bien Aime's hometown in Kakamega County where the beauty queen even spent sometime with the singer's parents, and it's presumably the place where she is upto now. Photo; Bien Aime, his wife Chiki Kuruka and their parents. 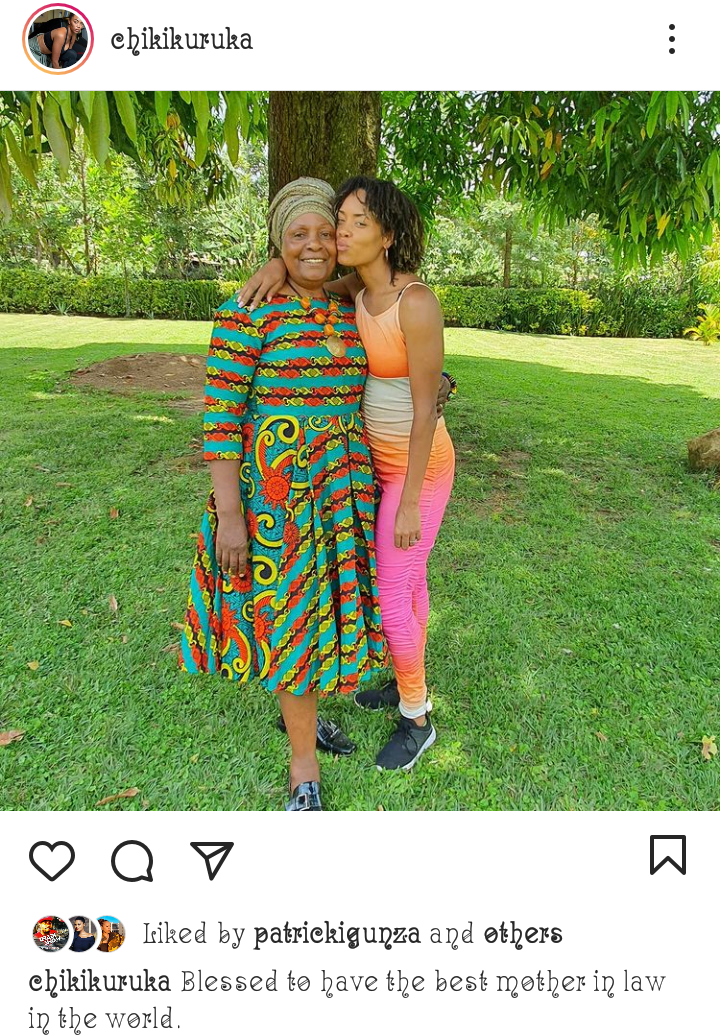 Top 5 Best Short Hairstyles And Haircuts For Black Women In 2022.