By FrankUpdatez (self media writer) | 26 days ago 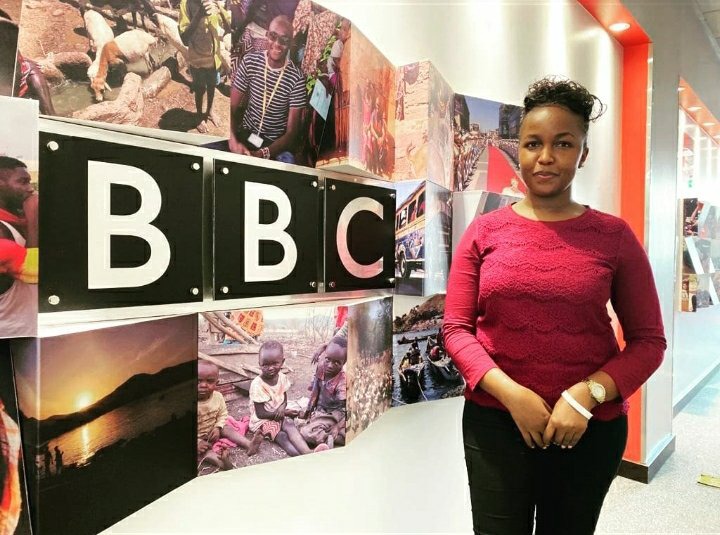 Taking to her social media pages on Thursday, September 23, Kuria announced that she had joined the British Broadcasting Corporation (BBC).

She, however, did not disclose what her role at the station would be.

"Not by power, not by might, but by the Spirit of the living God, anything is possible, bigger than we used to be, we have moved, I say we have moved," she wrote.

The media personality was at CGTN for only seven months before announcing her departure on Monday, September 20.

Kuria disclosed that her short tenure at the broadcaster had equipped her for the next phase of her career.

Kuria begun her career at K24 TV as a reporter before joining the Standard Media Group-owned KTN where she worked as a news anchor for two years. 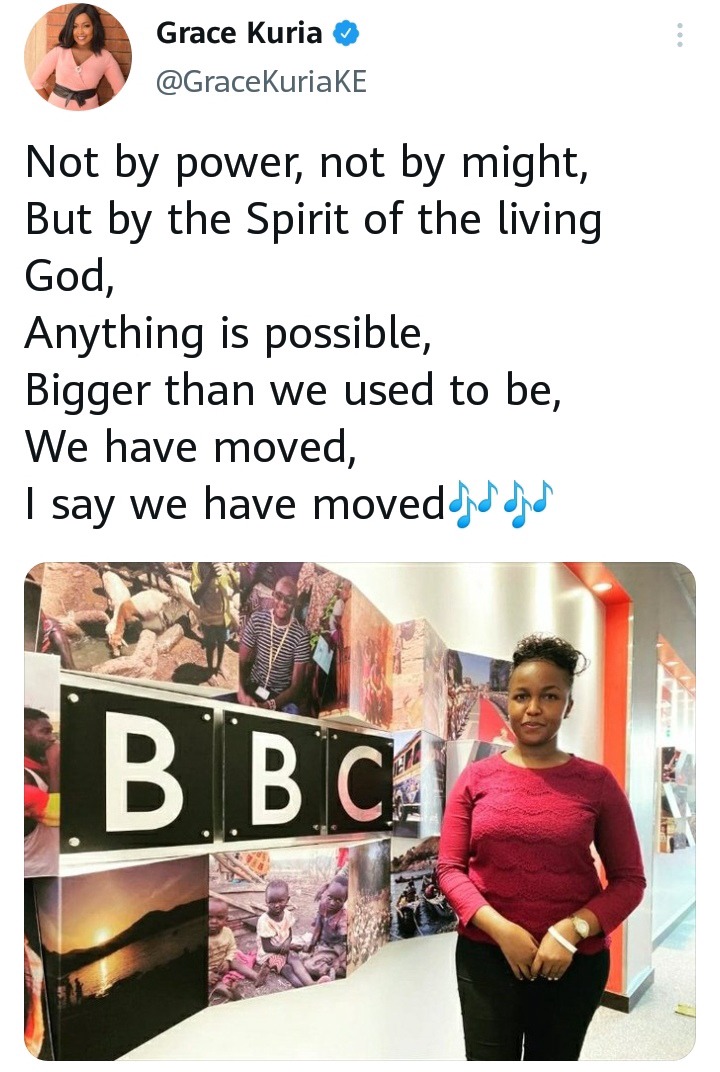