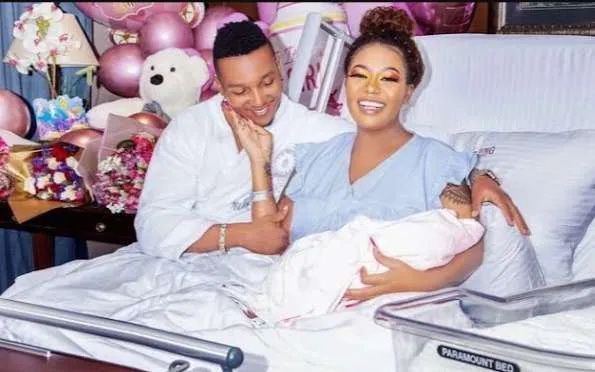 From the day famous Kenyan socialite Vera Sidika delivered her first born daughter Asia Brown three months ago, the Veetox Detox Company CEO has never felt exhausted of gushing over her daughter through her social media. In fact, the entrepreneur was even confronted by netizens recently who felt fatigued about Vera' s frequent updates on her baby. However, the mother of one never lent any ear to the critics and has never relented as far as gushing over her baby is concerned.

Well yesterday, Vera Sidika shared a video of her baby Asia and her fiancé Brown Mauzo sleeping side by side. Alongside the video, Vera shared an intimate caption as she somewhat felt proud of her young adorable family. 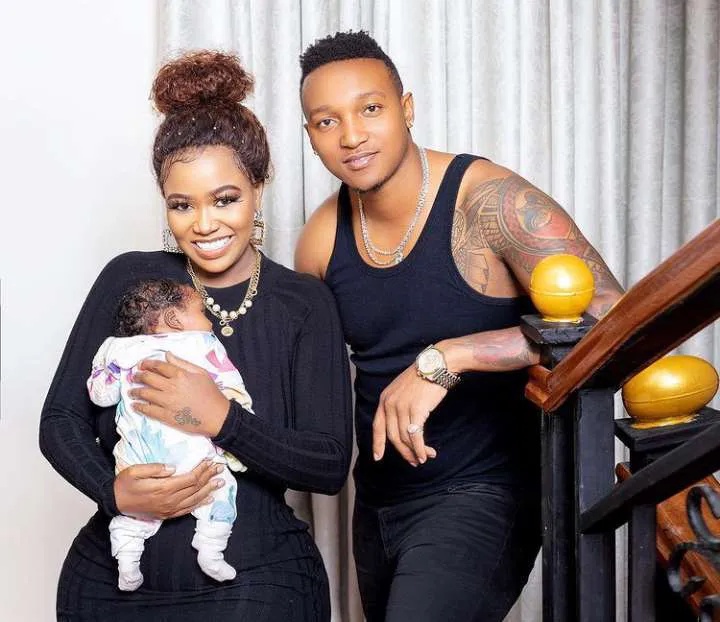 " My babies are in deep sleep, total blackout. " She stated.

However, netizens were so fast to spot something unique that Vera never noticed upon sharing the video. As suggested by several fans, Brown Mauzo and his daughter Asia literally adopted the same sleeping posture. According to some fans, there was even no need to affirm the paternity of Sidika' s baby through a DNA test since it was literally evident. 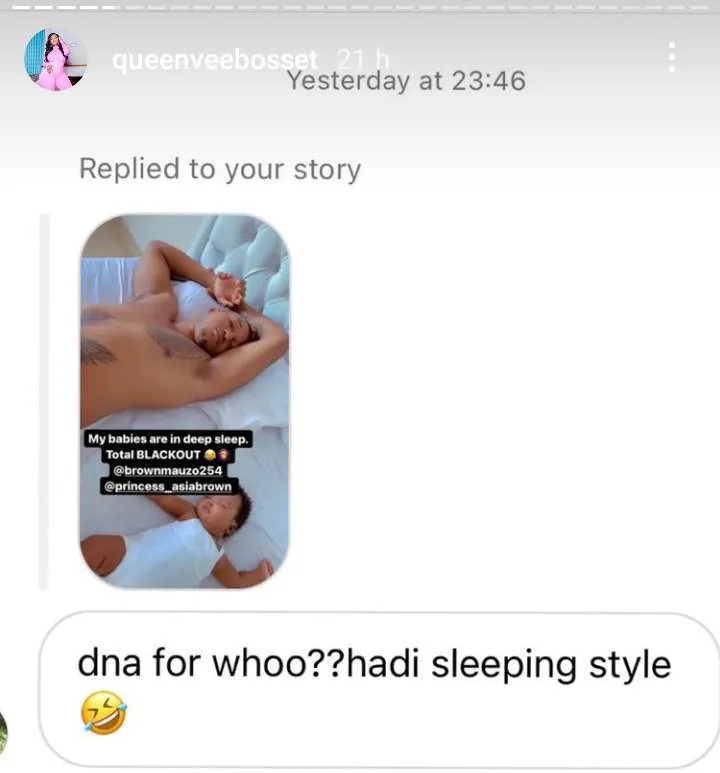 Moreover, most fans have occasionally argued that baby Asia literally took the looks and appearences of her father Brown Mauzo. Apparently, this is Sidika' s first baby and she also revealed recently a plan to sire another one before the end year 2023.

Apparently, Sidika had suffered online victimisation for a long time after netizens slammed her for not being able to bear kids owing to the fact that she took quite a long time before having her first pregnancy. 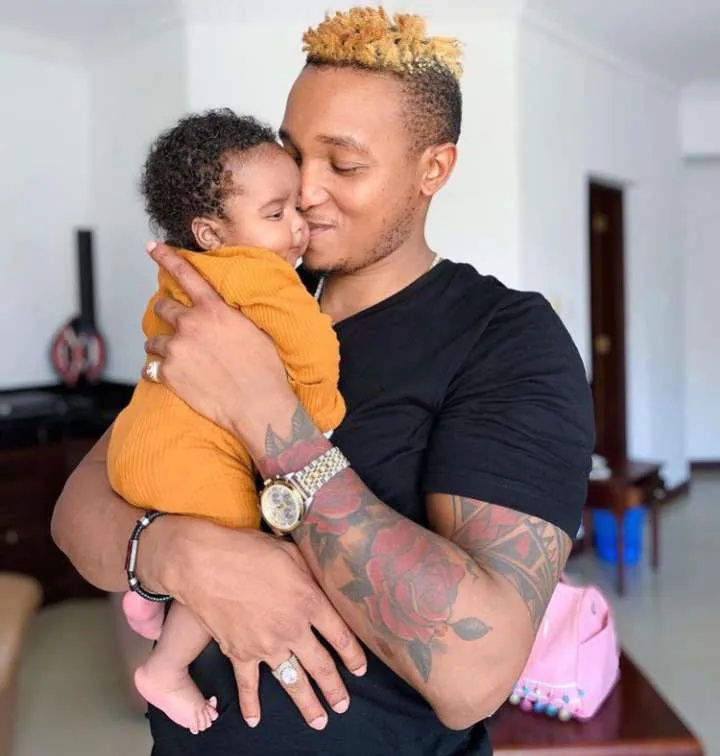 After settling with musician Brown Mauzo back in 2020, Sidika only took a year before becoming expectant for baby Asia. Earlier on, Sidika was engaged to musician Otile Brown but things later got worse moments before the two had a nasty breakup. 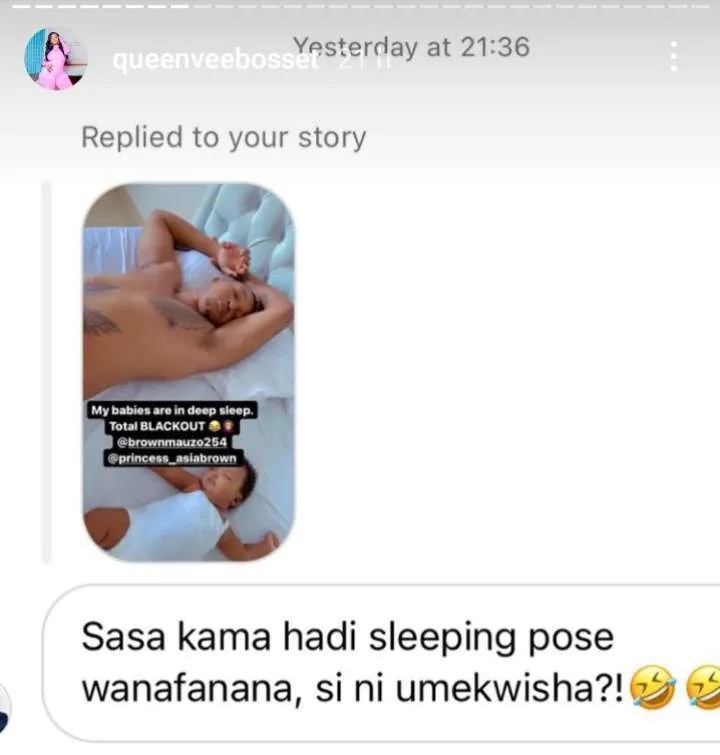 "No Division, Mt Kenya is Sending a Clear Message" Ngilu to Gachagua After Making This Admission